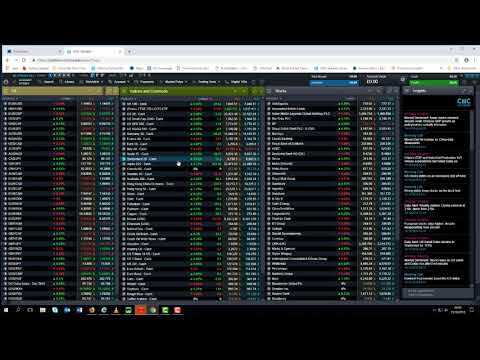 Watch our week ahead video preview (above), read our top eight stories to look out for this week (22-26 October), and view our key company earnings schedule.

Chief Market Analyst, Michael Hewson, looks at the key support areas on the FTSE 100, German DAX, Nikkei 225 and Brent crude, ahead of next week’s key central bank decisions from the ECB, and Bank of Canada.

Whitbread H1 results
Tuesday: While the recent sale of Costa Coffee to Coca Cola grabbed most of the headlines a few weeks ago, attention is set to turn to Whitbread’s latest first-half results, with emphasis on Premier Inn, now its core business brand. Having obtained a £3.9bn price tag, shareholders will be eager to see how management intend to use some of this cash on expanding the hotel side of the business. The company plans to expand the number of rooms by at least 15% by 2020, while the integration of its restaurants into the overall hotel package has helped drive up revenue. The business is also expanding in Germany, in what is still a growing market.

Bank of Canada rate decision
Wednesday: It is widely expected that the Bank of Canada will follow the Federal Reserve’s decision last month, and raise rates by 25 basis points when they meet on Wednesday. Rising oil prices, and the recent USMCA agreement to replace NAFTA, have removed a significant layer of uncertainty regarding the Canadian economy. Unemployment is near 15-year lows and though inflation dropped sharply from 2.8% to 2.2% in September, it still remains well above the Bank of Canada’s target rate, while core prices are at eight year highs.

France and Germany flash PMIs (October)
Wednesday: Earlier this month, the German government downgraded its growth forecasts for the economy, given concerns that escalating trade tensions were likely to impact key areas of the German export machine. The latest PMI numbers for both manufacturing and services appear to reinforce this, with September manufacturing falling to a two-year low. France’s numbers have also been weak as a slowing global economy affects output, though services for both countries have been slightly more buoyant.

Microsoft Q1 results
Wednesday: The decision by CEO Satya Nadella to re-orientate Microsoft’s business model towards the cloud has helped the Windows giant keep pace with recent technological changes across the internet. Revenue from its cloud business grew 53% in the most recent quarter, and seems to be leading the way in returns when it comes to product growth. Its other businesses (Office 365, LinkedIn and gaming, which includes Xbox services) also contributed to revenues, as the old Windows business becomes less important to the overall revenue stream. Having turned over $110.36bn last year, this week’s Q1 update should give an indication as to whether the company is on track to deliver the 12% revenue growth that investors are pricing in for this fiscal year.

Twitter Q3 results
Thursday: After almost 12 years, Twitter managed to post its first quarterly profit earlier this year. For all the concerns about the company’s ability to monetise users, they have done so at a time when user growth appears to have plateaued. In Q2, the company recorded $100m of net income against the backdrop of a flatlining user base, though some of the reasons for this are undoubtedly down to Twitter cracking down on bot and spam accounts. It is these concerns about the company’s ability to monetise its user base which has seen the shares drop sharply, from their summer highs to near seven-month lows.

ECB rate meeting
Thursday: The last ECB meeting showed that policymakers remained determined to end the bond-buying programme by the end of this year. Inflation levels still seem fairly benign, despite recent comments from ECB president Mario Draghi that the bank remains on course to raise rates a year from now. The biggest concern for policymakers appears to revolve around trade and the ongoing budget spat between the European Commission and Italy, and it is here that we could see the ECB’s policy start to unravel. The latest minutes showed that policymakers on the governing council remain divided as to the accuracy of the bank’s economic projections, with some suggesting they are too positive.

US Q3 GDP
Friday: The US economy has been racing ahead this year – Q2 GDP was confirmed at 4.2% as a result of the tax cuts implemented at the beginning of the year. Since then, unemployment has continued to fall, while wages have started to edge higher. While Q3 is unlikely to match the levels seen in Q2, there is still an expectation that third-quarter results will come in over 3%, despite the disruptions caused by the US hurricane season. A decent number this week will reinforce market expectations of a December rate rise.

Royal Bank of Scotland (RBS) Q3 results
Friday: Having returned to profit last year, as well as finally drawing a line under its dispute with the US Department of Justice, the bailed-out bank now needs to show that its underlying business model can still deliver a return. Since the conclusion of the DoJ agreement earlier this year, speculation about whether management will be able to continue with a regular dividend has been rife. Earlier this month, RBS paid its first dividend since being bailed out, and this latest update should show whether this is likely to become a regular feature. At its Q2 update the bank disappointed on profit, but that was mainly because of further legacy provisions. These appear to be largely behind the bank, and the latest numbers could be the first time we get a clear look at its profit potential without the noise of exceptional items.