Europe to open lower ahead of services PMI’s 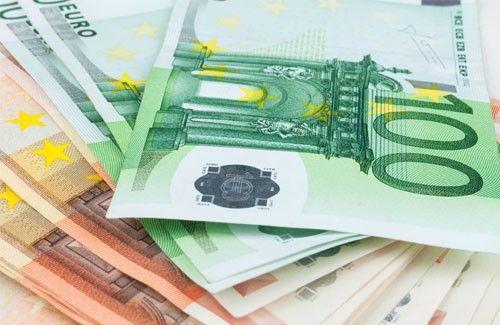 For the past few weeks European markets have struggled for direction, trading higher one day, and lower the next as investors look for the catalyst which could determine the next strong move higher or lower. Central bankers continue to prompt and cajole from the sidelines, while economic data comes in broadly in line with expectations, but by not a strong enough margin to suggest that any potential recovery could be self-sustaining.

Against this backdrop yesterday’s Global Financial Stability report the IMF warned of the increasing risks a slowing Chinese economy could have on global events in the coming years, particularly in emerging markets. It also warned on the rising systemic risks to the global financial system posed by large insurance companies.

Even though European markets managed to finish the day higher yesterday, shrugging off a slide in oil prices, US markets slid back as doubts about the resilience of the US economy came back to the fore, though a decline in oil prices to four week lows didn’t help with respect to the energy sector, as markets weighed up the unlikely prospect of any sort of workable OPEC and non OPEC deal on production levels. Given the current divisions it is increasingly becoming apparent that for all of its size, OPEC is becoming more and more of a paper tiger with every passing month.

While Friday’s US labour market report suggested a fairly decent rate of jobs growth, another completely different labour market indicator, appeared to suggest that the US labour market may not be as resilient as thought. The Federal Reserve’s Labour Market Conditions Index is a weighted average based on 19 different monthly variables, including the unemployment rate, the participation rate, average weekly and hourly hours worked, as well as hiring and quit rates, and for the first time since mid-2009 the index declined for the third month in succession.

Could it be that the weakness currently being displayed in this rather low key indicator might be playing a part in some of the caution being displayed by the Federal Reserve chief, and the sudden nervousness about hiking rates too abruptly. After all why have an indicator and then proceed to ignore what it is telling you?

On the data front today the services sector comes under the microscope with the latest PMI’s from Spain, Italy, France and Germany for March. In the most recent flash numbers we saw a particular improvement in the French numbers, with a rise from 49.2 in February to 51.2, the best number since before the Paris terror attacks last year.

Expectations are for improvements across the board with Spain coming in at 54.2, Italy, 54.3 and Germany 55.5, however since these previous readings the Brussels terror attacks could well had an impact on sentiment, particularly in the travel and hotel sector, which has driven a lot of the improvement in the French numbers. There is a fear that events in Brussels could well have knocked confidence in a sector that appeared to be on the cusp of a fragile recovery. Today’s numbers could well be the first test of that sentiment.

In the UK the services sector has been the primary driver of recent growth in the UK economy, and the March numbers today are expected to be a key test of that. Has all the recent “Brexit” hysteria taken its toll on the services sector? Last month we saw the sector post its weakest reading since April 2013 at 52.7. Was this merely a blip or evidence of an element of caution as we head towards the summer vote? Expectations are for a decent end to the first quarter with an improvement to 54, from February’s 52.7.

As far as the US economy is concerned we also get the latest look at the services sector with the latest non-manufacturing ISM, which is also expected to show a modest improvement to 54 from 53.4 in February, with the main focus this week expected to be on tomorrow’s Fed minutes.