Spread bets and CFDs are complex instruments and come with a high risk of losing money rapidly due to leverage. 72% of retail investor accounts lose money when spread betting and/or trading CFDs with this provider. You should consider whether you understand how spread bets and CFDs work and whether you can afford to take the high risk of losing your money.

Catalonia's future hangs in the balance 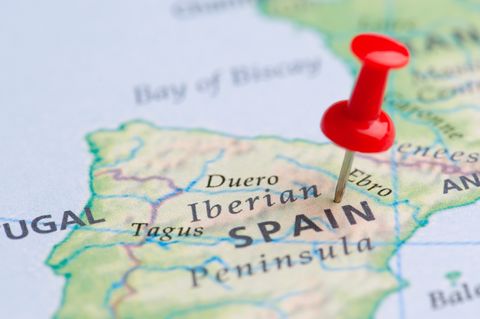 The Catalan countdown continues and investors are waiting for the speech from Carles Puigdemont, the Catalan leader. Mr Puigdemont is due to speak at 17:00 (UK time).

There is a possibility the President of Catalonia will declare independence from Spain. It could be a symbolic declaration of Independence or perhaps a unilateral declaration, and the latter could prompt Madrid to strip the region of the autonomous powers and impose direct rule.

The scene is set as Spanish police have surrounded the Catalan parliament, and Mr Puigdemont runs the risk of being arrested. Investors would prefer to see a reasoned negotiation about Catalonia’s future. Should we see a repeat of the heavy-handed police tactics like we saw on the referendum day, it could send the Spanish market into a tailspin.

Ted Baker has respectable first-half, but investors latched on to the statement that conditions remain ‘challenging’. This sentiment appears to be across the board in the retail sector, but it didn’t stop the fashion house from posting a double digit rise in revenue, pre-tax profits and interim dividend. The company is expanding in the UK, Continental Europe and North America so it would seem they are more optimistic in their outlook than dealers as the share price is down 2.3%.

Shares in Domino’s are up 8.8% after the company revealed a 12% rise in third-quarter like-for-like (LFL) sales, and the firm could be on track to top last year’s profits. Domino’s customers are embracing the digital era as there was a sizeable jump in the percentage of orders being placed online. If this trend wee to continue, they may need smaller presence on the high street, which could be a useful cost cutting exercise.

The Dow Jones, S&P 500 and NASDAQ 100 all reached record-highs shortly after the open on Wall Street. We can expect trading activity to return to normal level as some American investors were celebrating Columbus Day yesterday. The risk-on appetite in America is still going strong as the major equity benchmarks keep setting fresh records.

The possibility of Donald Trump’s tax reforms being introduced are playing into bullish activity but a an argument between the US President and fellow Republican Bob Corker would derail the new tax proposals from getting the green light. It says a lot about Mr Trump he can’t get the support of a senator from the same Party.

Morgan Stanley stated that first-half revenue in Brazil jumped by 36%, and the bank is getting closer to becoming the biggest equity trading house in the Latin American country. Earnings at the brokerage division has been creeping higher for the past few years and it is catching up with UBS. Shares in Morgan Stanley are marginally lower today, but last week the stock was above $50, a level not seen since 2008, so the wider bullish trend is in place.

EUR/USD is higher on the day thanks to a broad dip in the US dollar. The greenback has been hit by profit taking and the disagreement between Mr Trump and Mr Corker is also adding to the weakness in the American currency, for fear the tax reforms may not get passed. There was some mixed economist data from the eurozone today. France and Italy announced their latest industrial production figures, the French report showed an unexpected drop and the Italian report showed a surprisingly large increase.

GBP/USD is also being assisted by the decline in the US dollar. The UK reported manufacturing output, industrial output and construction output, which all exceeded economists’ estimates. The pound seems to have turned a corner, now that the talk of Theresa May being ousted has gone away for now.

Gold is creeping higher and the softness in the US dollar is making the metal more attractive. The market is also bouncing back from the two month low on Friday. A lot of money was poured into the American stock market with the hope of Mr Trump getting his tax reforms passed, and as there is a small bit of concern about that, it is adding to the upward move in gold.

WTI and Bent Crude oil have surged today after Saudi Arabia trimmed its oil export allocations for November by 560,000 barrels per day. The largest oil producer in the world is sticking to commitments to curb output. There are also fear about global supply as OPEC are keen to rebalance the energy market.

The Week Ahead: non-farm payrolls, Next results

The Week Ahead: non-farm payrolls, Next results

Read our pick of the top stories to look out for in the week commencing 3 January 2022, and view our key company earnings schedule.

​If 2020 was the year the oil and gas industry almost imploded, then 2021 has been the year that has seen an almost Lazarus-like comeback.