The week ahead: US non-farm payrolls, manufacturing PMIs & FirstGroup results 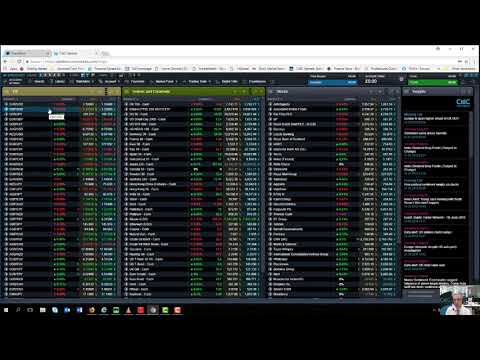 View his week ahead video, the top stories for this week, plus our key company earnings schedule. Michael looks back at the first negative week for equities since March, as well as looking ahead to the US employment report and EU inflation.

Wednesday: Competition in the US sports retail sector has been particularly tough in recent months, and looks set to get even tougher. The recent trend has been one of falling sales and revenue, and the recent acquisition of Finish Line by UK-based JD Sports is only going to pressure margins further. At its last trading update, Dick’s Sporting Goods said same-store sales fell below expectations after a poor Christmas period. Management will be hoping that the recent rebound in US retail sales will result in a slightly better quarter, as the company looks to open 19 new stores this year.

Thursday: It’s been a difficult few months for FirstGroup after senior management saw activist investor Apollo pull out of a recent bid for the struggling transport operator. The company, which runs the US greyhound bus service as well as several UK transport franchises, has been struggling for a while. It has been under increasing pressure from other major shareholders to consider significant restructuring of the business in order to increase value. Its recent win of the South Western rail franchise with Chinese operator MTR has been met with some scepticism, especially given its optimistic passenger growth targets. There is also concern that industrial action by the RMT over driver-only trains could hinder its ability to hit targets, as customers start to get a taste of the frustrations felt by Southern rail passengers.

Thursday: One of the main puzzles of recent months is how benign eurozone inflation numbers have been, with core prices just above a record low at 0.7% in April. Against this backdrop, European Central Bank (ECB) officials would have us believe that the central bank remains on course to curtail its asset purchase programme by the end of this year. Even the headline numbers are near one-year lows of 1.2%, despite recent sharp rises in oil prices of over 60% in the past nine months. Unless we see some evidence that other gauges of inflation are starting to trickle down into the headline numbers, then it will become increasingly difficult for the ECB to justify any sort of modification to its current loose policy settings.

Friday: After a strong end to 2017, manufacturing activity across the board got off to a slightly softer start this year. In some of the recent April data however, there is evidence that this softness has evened out and started to stabilise. In Europe, activity was able to rebound a little, while the US recorded increasing evidence of rising prices, with prices paid  at seven-year highs. In the UK, there has been a decent rebound after a soft March number, which may have been weather related. Activity in May is expected to build on the modest rebound in the April numbers, with particular attention likely to be on cost-price inflation, which still looks fairly robust. This could present problems in terms of companies’ ability to pass these prices on down the supply chain.

Friday: Abercrombie and Fitch has managed to enjoy a decent rebound in the last 12 months, helped in no small part by the turnaround plans of new CEO Fran Horowitz, who appears to be targeting a slightly older clientele. The A&F and Hollister brands were traditionally geared to a more teenage and early-20s demographic. Profit has stabilised and revenue has rebounded, though there is a risk that most of the good news may already be mostly priced in.

Watch our week ahead video preview, read our pick of the top stories to look out for this week (7 - 11 December), and view our key company earnings schedule.