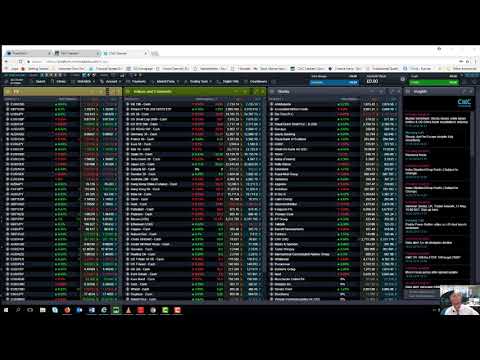 View his week ahead video, the top stories for this week, plus our key company earnings schedule. Michael looks ahead to the latest Fed minutes, the outlook for equity markets, as well as UK GDP, CPI and retail sales data.

France, Germany manufacturing & services flash PMIs
Wednesday: There has been concern that the slowdown in some of the data from the beginning of this year could be a harbinger of further weakness in the months ahead. Recent weak inflation data does appear to show that demand pressures remain on the weak side, though we did see a pickup in French manufacturing PMIs in April after a weak March number. While some of the slowdown can be attributed to the previous cold weather, there is a worry that something else could be happening, leading to further softness in this week’s May flash numbers from Germany and France. Recent business surveys have pointed to concern about the outlook in both sectors, although this is probably overdone, with activity predicted to be well into the mid-50s (a figure over 50 indicates growth). The recent weakness in the euro is also likely to act as a tailwind in this regard.

FOMC minutes
Wednesday: There were few surprises at this month’s US Federal Reserve rate meeting, though there were some minor tweaks to the language regarding inflation. This was changed to reflect the much firmer headline numbers at the end of last month. ‘Run below’ changed to ‘moved close to 2%’, while the reference to ‘monitoring inflation developments’ was removed completely, as was the reference to the economic outlook strengthening in recent months. The Fed’s outlook on the economy was surprisingly ambivalent, which could suggest fears about a possible slowdown later this year. This week’s minutes should give us a greater insight into whether policymakers do have worries about the recent slowdown in the US economy, and whether recent oil prices rises are causing concern about consumer spending.

Marks and Spencer full-year results
Wednesday: It’s been a tough start to the year for a lot of UK retailers with previous cold weather, as well as rising prices, prompting a slowdown in consumer spending in both food and general retail. M&S is in a particularly difficult position, squeezed between the presence of Zara and the recovery of Next in general merchandise, while also feeling the pressure from its food peers Waitrose and Tesco. Having refused to partake in last year’s end-of-year discounting, the company had a disappointing Christmas period. Its Achilles heel remains in general merchandise, where attempts to re-energise it have proved unsuccessful. The hiring of Archie Norman is the latest attempt by CEO Steve Rowe to reinvigorate this area of the business, along with several management changes at board level. These changes are likely to take a while to bed down, but we should get clearer idea of the overall commercial strategy. Management has already announced the closure of 14 stores this year, along with the distribution centre in Warrington, as it looks to cut costs as part of a five-year turnaround plan.

TalkTalk full-year results
Thursday: Earlier this year TalkTalk shares dived sharply to a record low, after the company warned that profit would be much lower-than-expected for the current fiscal year. Management downgraded profit expectations from £280m to £235m, cutting the dividend, while also announcing plans to raise £200m by way of a share placement in order to help its balance sheet. As one of the smaller players in the competitive UK broadband market, the last few years have been difficult as TalkTalk looks to restructure itself to compete with Sky, BT and Virgin Media. Since the February lows, the shares have slowly clawed their way back as the company looks to invest in a fibre network that will supply high-speed broadband to up to 3 million homes and businesses. It has already formed a joint venture with Infracapital, and is also reported to be working on a deal with Virgin Media to share the cost of new ultrafast broadband networks, which will increase the pressure on BT.

Foot Locker Q1 results
Friday: US apparel retailers have been undergoing the same competition pressures as UK retailers, with falling sales weighing on the sector’s profitability. Sector peer Under Armour’s troubles have been well documented, while Foot Locker is also struggling with declining sales. At its last update in March, the shares dropped sharply after management announced a third consecutive drop in like-for-like sales during Q4. The company also fell into a loss of $49m due to recent tax changes, while announcing that sales were likely to remain weak into the first half of this year. Foot Locker plans to close more than 100 US stores this year, but also said it will be opening 40 new ones, which will focus more on the customer experience. This week’s update should give an indication as to how much progress is being made.