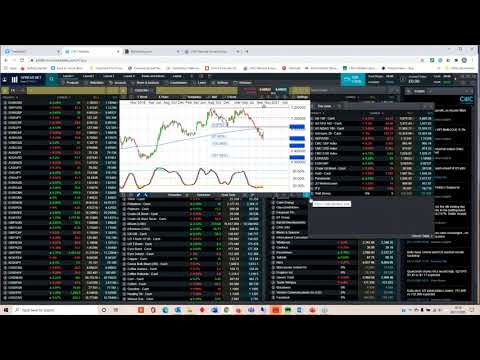 Watch our week ahead video preview, read our pick of the top stories to look out for this week (7-13 November), and view our key company earnings schedule.

Michael looks back on a tumultuous week, covering the post US election fallout, rebound in equity markets and slide in the US dollar. He also looks ahead to the latest UK Q3 GDP, and unemployment numbers from the UK. He also previews the latest China trade numbers, German ZEW, as well as the latest results from Persimmon, Wetherspoon and ITV. He also looks at the key levels on the S&P 500, Nasdaq, FTSE 100, DAX and all the currency majors including EUR/GBP, EUR/USD and GBP/USD and USD/CNH.

Saturday: China’s trade data for September showed a big improvement in both exports and imports, suggesting that after a tentative summer the Chinese economy is finally getting up off the canvas. The September export data showed an increase of 9.9%, with strong demand for medical PPE once again boosting the numbers. What had been more concerning, and had been for some time, was the weakness of the imports data, which had shown little sign of a significant pickup until August. This appears to have finally changed, as imports for September surged to their best levels this year, rising 13.2%, only the second positive reading since 2019. This was the biggest rise since the end of last year when imports rose 16.3%, as automakers and large manufacturers started to return to normal levels of production. As we look ahead to the latest October numbers, investors will be hoping that this trend has continued, which recent PMI data appears to suggest has been the case. Imports are expected to slip back a touch to 8.6%, with exports remaining steady at 9.2%.

Monday: Beyond Meat reported a 192% rise in retail revenue in Q2, after lockdowns hit its target market of restaurants and office cafeterias which were shut down. Net revenue rose 69% with losses rising to $10.2m, after the company spent $5.9m in diverting its products towards supermarkets and away from restaurant sector. This outperformance helped shares briefly rise to their best levels this year in October. However, in the last two weeks the shares have fallen sharply, despite optimism over the launch of new product lines including new Beyond Breakfast sausage links last month. The reality is that  the market is assigning an $8.5bn valuation on a business that turns over less than $500m a year, and has only recently look set to become profitable.

Tuesday: The latest German ZEW survey is expected to paint a much more negative picture than was the case in October. Then, numbers fell sharply from the 20-year peak of 77.4 in September, with a fall to a five-month low of 56.1. This optimism was based on the mistaken premise that we’d somehow avoid a second wave of coronavirus, as well as another wave of lockdowns. This turned out to be somewhat premature and there could be further sharp falls in November numbers, with an estimate of 40, now that we know that the German economy will be subject to further restrictions until the beginning of next month.

Tuesday: With construction companies almost back to normal working, albeit with slightly higher costs due to additional safeguarding requirements, the road back to February’s levels has still proved somewhat elusive. Even the restoration of a small dividend hasn’t been enough to reawaken enthusiasm in a sector that has, in some parts of the country, seen a significant uplift in demand. In their most recent numbers, which included the business’s temporary closure in April, profits fell to £292.4m from £509.3m a year earlier. Revenue also fell by 32% to £1.19bn, however in terms of their forward guidance the picture was more encouraging. Average selling prices were higher at £225,050, while the order increased by 15% on the year to £1.86bn. Management also announced a small interim dividend of 40p a share, a welcome bonus for shareholders after the dividend was axed from last year’s 125p when the March lockdowns were announced.

Tuesday: In the most recent set of unemployment numbers, the ILO unemployment rate, which tends to lag behind the real levels of joblessness, was nudging higher. There was a sharp jump in the three months to September, from 4.1% to 4.5%, as more employers decided to squeeze down on costs as it became apparent that there would be no V-shaped recovery from this crisis. With furlough helping to disguise the rise in unemployment levels initially, and now set to run until March 2021, a lot of employers had already started to cut back on their head count, and this week’s latest jobless numbers are expected to reflect that further, with another increase. The monthly jobless claims total has already risen to 7.6%, a level which is likely to more accurately reflect where the UK jobs market currently is.

Wednesday: The hospitality sector has been one of those hardest hit by the various shutdowns and restrictions that have been imposed by respective governments across Europe. Pubs, which have gone to great lengths to reopen safely, suffered a significant increase in costs, as they sought to limit numbers, as well as migrate over to a new model that placed a great emphasis on sitting down and eating food. In October, the pub chain posted full-year pre-tax losses of £34.1m, a sharp reversal from the £102.5m profit. While 'Eat Out to Help Out' may have mitigated some of the damage in Q1, the recent restrictions to limit closing times to 10pm will also have hurt margins. That’s even before the announcement of the new November lockdown during which pubs will close again, with some possibly never reopening. Only last month, Wetherspoon announced that they would be cutting 450 jobs from its locations in the various airports around the country. Last week’s start of new restrictions suggest they won’t be the last.

Wednesday: Another recent development in online shopping has been the rise of car retailers. Earlier this year Vroom launched an IPO to great fanfare, in the belief that consumers would feel compelled to shop for a new or used car online without actually test-driving it. Cazoo, which offers the same in the UK, is spending lots of money on shirt sponsorship in the Premier League. In its most recent numbers, Vroom span into a ditch after the newly public business posted a bigger-than-expected Q2 loss of $63.2m. Q3 guidance was also disappointing, with the company estimating an even bigger loss than in the last quarter. Having guided lower for Q3, could the company beat lowered expectations? If its sector peer Carvana’s recent numbers are any guide, as revenues beat expectations, then there could be an upside surprise. Losses are expected to come in at $0.38 a share.

Thursday: Stock market reaction to Cisco Systems' end-of-year numbers was a little disappointing, after the company painted a rather downbeat outlook for Q1 when they reported in August. Since Cisco's shares have tracked lower after management said they expected a fall of between 9% and 11% in Q1 earnings from the same period last year. This was unexpected and contrasted to a solid end to Q4, with a better-than-expected end to the year. Management said it would look to cut $1bn in costs on the back of a reduced outlook for revenue as well as profit for Q1. Profit is expected to come in around $0.70 a share.

Thursday: When Disney was gearing up for the launch of Disney+ at the end of last year, they must have had high hopes of eating into the market share of rivals Netflix and Amazon Prime in the online streaming market. Undercutting on price may have seemed like a no-brainer, and while there’s been a big uptake on the subscriptions front with over 60.5m when the company reported in August, it still has some way to go to compete with Netflix in terms of content depth. The decision to charge up to $30 to view its Mulan film may well have been a bit of an own goal as well. Furthermore, its ability to compete has also taken a huge blow in terms of losses at its theme parks and resorts, as a result of the pandemic. The company has already announced the loss of 28,000 jobs in this area alone at the beginning of October. Losses are expected to come in at $0.72 a share.

Thursday: When ITV reported its first-half numbers in August, total advertising revenue for the period dropped 21% to £671m. Broadcast revenue also fell 17% to £824m, with ITV Studios, normally an outperformer, seeing a 17% decline to £630m after pausing its production capabilities due to various lockdown measures. Overall, there wasn’t that much to cheer, even if advertising trends did improve in July and August, notably in travel companies advertising getaways, and car and indoor furnishing companies boosting ad spend. In order to preserve cash, the company pulled its interim dividend while saying it would continue to focus on reducing costs by £60m on a temporary basis, with a view to making around half of those savings permanent. The company also pulled its guidance for the rest of the year. While the return of sport to our screens will have helped boost ITV’s advertising revenues in this quarter, and Britbox revenues are likely to improve, it may be an uphill struggle for this terrestrial broadcaster unless advertising revenue shows evidence of a sustained pickup.

Thursday: It’s set to be the first numbers for Palantir Technologies as a listed company in the wake of its recent launch on the US stock market. Palantir is a company that specialises in big data analytics. The US government is one of its biggest clients with $1.5bn worth of contracts, particularly in defence and counter terrorism, through its service Palantir Gotham. The company has yet to make a profit, like most recent IPOs or direct listings, but that hasn’t stopped markets assigning a valuation of $22bn to the company. Last year the company lost $579.6m, and hasn’t made a profit since it was founded in 2003. On the revenue front the picture is equally as worrying, with annual revenue last year at $740m, and operating expenses which appear to be on the high side, at over $500m. The share price reaction has been somewhat subdued since the shares came out of the blocks, which suggests a fair bit of caution around this particular company, given its complex ownership structure. Expectations are for a modest profit of about $0.03 a share.

Thursday: The UK economy’s Q2 contraction of -19.8% was characterised by a collapse in private consumption of -23.6%. Economic activity in Q3 is likely to be characterised by a similarly sharp rebound, however it's unlikely to reverse all of the damage done in Q2. With October’s increase in restrictions, which are now being extended into November, the damage done in Q4 is likely to eat into Q3’s recovery, which means the data is likely to be seen as old news. That doesn’t mean it should be considered meaningless. A good number will still be welcome, with the hope that the rebound is strong enough to mitigate some of the economic losses expected over the next couple of months.