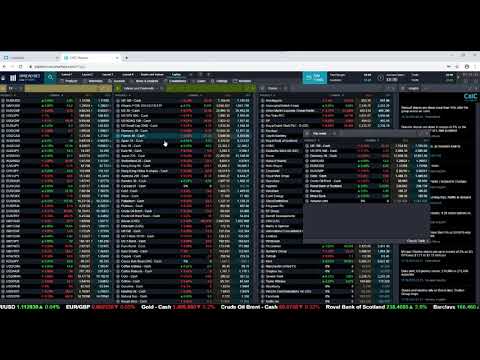 Watch our week ahead video preview, read our pick of the top stories to look out for this week (21-25 October), and view our key company earnings schedule.

Brexit: agreement or extension?
Saturday: So we have a deal, and MPs get to vote on it on Saturday, however the maths looks challenging. Theresa May also had a deal which was voted down three times, only managing to get 286 votes at the third attempt. Boris needs 320, and with the DUP opposed he will need a host of Labour MPs to break ranks if we are to move on with this sorry saga. Should MPs vote it down; what happens next? The EU has already made clear that it is this deal or no deal, raising the question, do they really mean that? It seems unlikely that they would follow through on a decision like that, but any extension needs to have a purpose, which could mean an election or another referendum. Whatever happens at the weekend, it’s unlikely to be the end of this saga. However if MPs do hold their noises and vote for the deal, at least we can move on to phase two – negotiating the new relationship over the next 14-month transition period.

German IFO Business Climate (Oct)
Tuesday: At its last reading, the German IFO business climate index evidenced widespread pessimism about the prospects for the German economy. In September, the institute warned that weakness in the German economy would start to infect the services sector, and as such cut its outlook for the economy over the next two years. It cut its forecast for this year to 0.5% and to 1.2% from 1.7% for 2020, but also warned that these scenarios assumed that there wouldn’t be a disruptive Brexit as well as no further escalations in US-China trade. Against this backdrop it’s hard to envisage an improvement that wouldn’t suggest that Germany isn’t heading for a technical recession.

Metro Bank Q3 results
Wednesday: Metro Bank remains a bank in trouble, having just raised £300m at an eye-watering yield of 9.5%. The departure of chairman and founder Vernon Hill may be the catalyst required to turn the bank around, after the £900m accounting error that saw account holders pull £2bn out of the bank in the first six months of the year, over doubts it would survive. The Metro Bank share price is still down over 85% year-to-date, and even lower compared with a year ago when the share price was over £26. The big test for Metro Bank is not whether the worst is behind it, but whether new management can turn around market perceptions of competence, and restore trust at a time when margins in UK banking are already tight, and competition is fierce. The departure of Hill is a start, but it’s not necessarily the end as management looks to restore its battered reputation.

Boeing Q3 results
Wednesday: Despite the problems around the 737 MAX, the Boeing share price has held up rather well. The hope would appear to be that the airplane could fly again and that Boeing will be able to sell the backlog of planes it has built up over the last few months. I wouldn’t be holding my breath on that front though, given the huge reputational damage this episode has done to the Boeing brand. The company has had to face up to further problems after the FAA found cracks in the wing supports of 36 Boeing 737s, in what is another setback for the US aerospace giant. The criticism coming Boeing’s way is only likely to increase as an investigation focuses in on its relationship with the FAA, and the certification of the plane. With costs already piling up on airlines who can’t fly the aircraft, Boeing is likely to have to set aside billions of US dollars more, in addition to the $5bn it already has, in compensation for them as well for class-action lawsuits in respect of those who died. Have investors fully priced in how much more this could cost Boeing in the long term The current share price would appear to suggest not.

Microsoft Q1 results
Wednesday: Microsoft’s cloud business, Azure, has been one of its standout performers in recent quarters, and while it still lags behind Amazon it has been instrumental in returning Microsoft to the pinnacle of the tech pyramid and a trillion-dollar valuation. At the end of its last quarter revenue came in at $33.72bn, giving it annual revenue of over $125bn. PC sales also improved in the last quarter, while the subscription model for its new suite of products appears to reaping dividends. Market expectations for the next financial year are expected to be 11% revenue growth, while Q1 profit is expected to come in at $1.243c a share.

Royal Bank of Scotland Q3 results
Thursday: With Alison Rose recently announced as the replacement for Ross McEwan, there is no question that the continuity for RBS will be welcomed by investors. In Q2, the bank’s overall profit came in at £1.3bn, well above the £96m in the same quarter last year, and also above Q1’s figure, when the UK economy was much more resilient. It should be noted that the Q2 results were flattered by the completion of the recent merger with Saudi bank Alawwal, but overall the picture was one of improvement, with investment arm NatWest Markets turning an operating profit of £362m, compared to a loss of £62m in Q1, and a loss of £52m in the same quarter a year ago. This improvement trend needs to continue in Q3. The fly in the ointment continues to be PPI, and it’s here we could see further significant provisions given the late surge in the lead-up to the August deadline.

Germany and France flash PMIs (Oct)
Thursday: After a disappointing end to Q3 saw German manufacturing numbers hit their worst levels in over a decade – and worse than was seen at the height of the European debt crisis – there is rising concern that the weakness in manufacturing is permeating through to the services sector. This appears to be playing out after both French and German purchasing manager indices (PMIs) slowed sharply in September, despite the European Central Bank cutting rates and announcing the restart of limited asset purchases. If this weaker trend continues in the October numbers, then the outlook for Europe will be even bleaker, against a backdrop of an already loose monetary policy and an economy that could be set to weaken even further.

ECB rate meeting
Thursday: While no changes are expected at this week’s meeting, it will be totemic in one respect given that it will be ECB president Mario Draghi’s last as head of the governing council, before handing over to Christine Lagarde. He has recently been boasting about saving the euro, while also saying that the ECB can also do much more. While justifiably highlighting his successes, he may be a little premature, given that the European economy still remains frighteningly brittle, with some arguing that in the absence of fiscal reform, all the ECB has done is potentially make any possible denouement that much worse. With interest rates already deep into negative territory, some are saying that the medicine is now killing the patient, and that the central bank is making things even worse. With divisions already breaking out into the open on the governing council, Lagarde will need more than a sticking plaster to paper over the cracks that Draghi has left behind.

Amazon Q3 results
Thursday: Amazon’s share price appears to have plateaued in recent months, as concerns grow that the level of earnings growth investors have become used to may be starting to reach its optimum level. Web services has continued to grow substantially, but this is an area which is growing in competitiveness, with Alphabet and Microsoft all key players in this sector. Retail margins have been coming under pressure in recent quarters, as the company ramps up its same day and one-day delivery capabilities, and this could continue to push up Amazon’s operating costs, further crimping its profit levels. In Q2, profit came in at $5.22c a share, undershooting expectations despite a 20% rise in year-on-year revenue. Q3 profit is expected to come in lower at $4.59c a share, as this investment continues.

Barclays Q3 results
Friday: Barclays is another UK bank that has had its ups and downs in recent months, and it’ s also likely to see more PPI provisions as a result of the same rush for the August deadline. CEO Jes Staley appears to have seen off activist investor Edward Bramson for now, but the bank is still punching below its weight. Mortgages remain a key profit centre, so the slowdown in the UK housing market won’t be welcome, while its net interest margin has been coming under pressure. Costs are coming down, with management saying it expects full-year costs to come in below £13.6bn, down from a previous estimate of £13.6-13.9bn. The investment bank also improved in Q2, pushing H1 revenue through the £1.8bn barrier, to record the best quarter in some time. Investors will be hoping that trend continues in Q3.