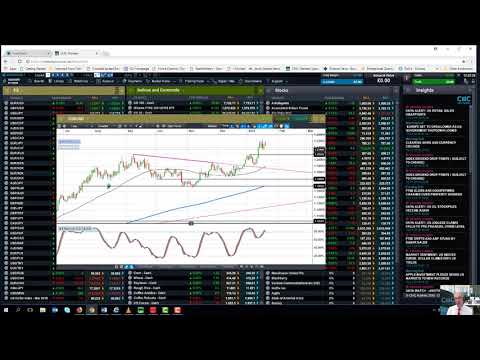 Michael Hewson looks at the key levels on EUR/USD, GBP/USD, USD/JPY, Brent crude oil, the US dollar, and FTSE 100. He also looks to the key events in the week ahead, including the ECB meeting, Bank of Japan rate meeting and UK wages data.

The recent rise in the euro and improvement in the economic outlook has been largely predicated on an expectations that the European Central Bank (ECB) might tweak their guidance around the current bond-buying programme. Previous indications have suggested that the governing council will be reluctant to be too hawkish about their intentions as to when the programme will expire. But investors are increasingly pricing in the prospect that the guidance will change soon, and that despite weak inflation we’ll get a hard date to end the asset purchase programme. That is unlikely to come this week given recent comments from ECB officials that the value of the euro is hindering efforts to hit the inflation target, but it could come in March.

The recent move by the Japanese central bank to reduce its monthly bond buying programme by $10bn jolted the markets earlier this month, particularly since the general consensus had been that the BoJ was in for the long haul. This month’s actions have shown this can’t be taken for granted, so markets will be paying close attention not only to what Mr Kuroda does, but also about how this guides future policy move expectations later in 2018.

The US economy appears to be in fairly decent shape despite the various weather-related shocks at the end of 2017. From the transatlantic hurricane season to freezing weather at the end of December, the US consumer has shown surprising resilience, while other sectors of the US economy have also performed well. Having seen annualised Q3 GDP come in at 3.2%, expectations are high that Q4 will be just as strong. This in turn will reaffirm or harden expectations about how many rate hikes to expect in 2018.

In the wake of the collapse of UK construction giant Carillion, the construction sector is set to remain in the spotlight this week. We’ve already seen a number of its peers report that they will have to set aside extra funds in order to fill the gap left by Carillion’s departure for major infrastructure projects. This week we’ll be getting a trading statement from Kier Group. We’ll also get a first-half trading update from Van Elle, who last week said that it was owed £1.6m for work done for Network Rail, with £2.5m worth of extra work in the pipeline yet to be completed.

In its last quarter the company posted yet another bumper result, adding 5.3m new subscribers and taking its total subscriber base to 109.3m. The company was also bullish on its outlook, predicting that they expected to see another 6.3m subscribers by year end. The company’s share price has continued to go from strength to strength since then, helped by increased prices to a number of its content packages, which don’t appear to be affecting demand for its content. This week’s Q4 update will tell us whether they met that 6.3m subscriber target. The recent new series of 'The Crown’, as well as a new ‘Star Trek’ franchise series could help in this regard. They’ll need the help given that the company is looking to spend around $7bn-$8bn on new content in 2018. Revenue for the year is expected to rise to $11.68bn, from $10.8bn a year ago.