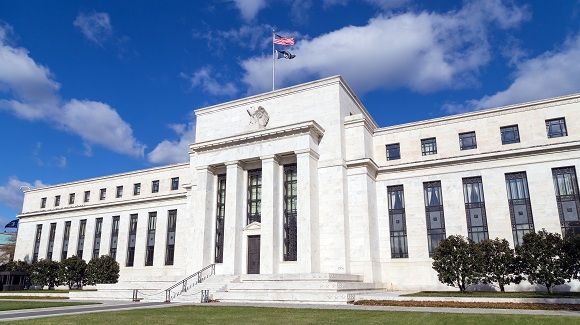 Earlier this year there was a concern that a stronger US dollar could be a headwind for US equity markets, and in particular those companies who had large overseas operations.

Fortunately for a lot of those companies we’ve seen the US dollar decline 8% on a trade weighted basis since the beginning of the year, and while a lot of the stock market gains since then have been predicated on the basis of some form of fiscal stimulus, which looks unlikely to arrive at the moment, the offset is that for companies like Caterpillar the decline in the US dollar has helped it boost sales overseas, especially in Asia Pacific.

Another US multinational, fast food chain, McDonalds also posted numbers that beat expectations with strong sales in the UK, US, Canada, Germany and Chinese markets, and the resultant reaction saw the S&P500 post another record high and close last night.

With optimism high that we’ll see further upbeat updates later in the week from names like Boeing, Facebook and Amazon, US stock markets appear to be riding a renewed wave of exuberance, which European markets may look to try and build on after yesterday’s positive session, as we head towards today’s FOMC rate decision.

No change is expected today given the tone of the recent testimony by Fed chief Janet Yellen on Capitol Hill and some of the concerns that have been expressed by a number of policymakers about the lack of inflation currently being seen in the US economy. That being said given the US dollar has slipped quite sharply a rate hike now would probably be a good time to slip one in given recent declines.

That remains unlikely, but what is expected is for the Fed to furnish a bit more detail on the timing on whether it will look to start paring down the size of its balance sheet as we look towards the September meeting, though given the lack of a press conference this might be problematic in terms of communication.

One can’t help feeling that the markets might be expecting too much from this meeting, and what may be more likely is that Fed officials might give some clues at the Jackson Hole Central Bank symposium at the end of August. It wouldn’t be the first time that central bankers have telegraphed monetary policy intentions ahead of time, both Ben Bernanke, the previous Fed chief, and ECB President Mario Draghi have done it in the past.

Crude oil prices also rebounded strongly to a seven week high as a renewed commitment from Saudi Arabia to cut output and its exports was followed by a bigger than expected API draw of 10.2m barrels. If EIA inventories later today also point to a similar pattern given the recent slowdown in rig counts traders might surmise that at last progress is being made in balancing out supplies with demand.

Before that though we have the first snapshot of how the UK economy performed in Q2, coming off the back of yesterday’s positive news that BMW is committing to building the new electric Mini at its Cowley plant in Oxford from 2019, a decision that places a great deal of faith in the prospect that the trade relations currently in place between the EU and UK will still be in place.

As far as the UK economy is concerned it does appear that the economy has performed better in Q2 than it did in Q1 when it slowed to a growth rate of 0.2%. This morning’s number is expected to be in excess of that given the strong start to Q2 seen in April and May from all three sectors indicated in the PMI data at the time.