Europe treads water ahead of the EU summit, BA retires its 747s 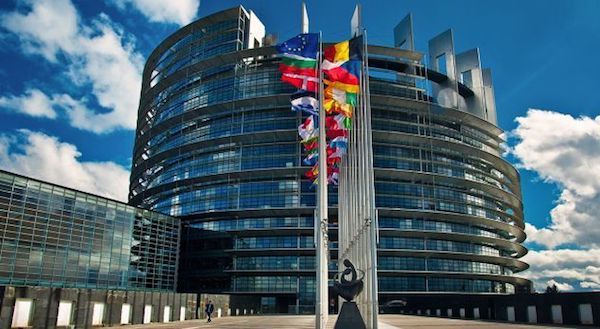 While yesterday’s US data was predominantly better than expected, equity markets in general had a much softer tone. While the S&P500 and DAX have both been able to edge beyond their June highs this week the tug of war between concern about rising coronavirus cases, and optimism that economic activity has hit its low point has made any gains this week incremental at best.

There is also concern that most of the good news around any recovery is already baked in, as investors look towards this weekend’s EU leaders’ summit where there is some hope that some form of fudge can be achieved with respect to agreement over the €750bn recovery fund.

This hope is tempered by the fact that the obstacles to an agreement remain high with 4-5 countries insistent that any grants be allocated with conditionality on the part of the countries receiving them. This is hardly unreasonable, but also suggests there will be no quick solution, with the probability that the can will get kicked down the road, as it always has done with these EU summits.

For too long politicians in certain parts of Europe have been calling for handouts without offering anything in return. It’s perfectly reasonable for politicians in the countries of the Netherlands, Austria, Finland, Denmark and Sweden to insist on a quid pro quo in return for asking their taxpayers to put their hands in their pockets to fund assistance to those countries most affected by the Covid-19 pandemic

Markets in Asia finished the week very much on the back foot today, after yesterday’s declines in US stocks, with markets here in Europe opening slightly higher in what has been a fairly positive week all round for equities in general.

Australian miner Rio Tinto this morning announced that production in Q2 saw an increase in iron ore shipments, as it took advantage of higher prices, with shipments up 19% and production rising 7%, on the back of rising Chinese demand.

The automotive sector is in focus this morning after Daimler posted a smaller than expected loss of $1.9bn in Q2, as an improvement in orders, particularly from China saw activity pick up, with deliveries hitting a record. Demand in the US and Europe remains more muted, but sales are improving.

British Airways owner International Consolidated Airlines this morning announced that it would be grounding its 747 Jumbo jet fleet with immediate effect, due to the impact of the downturn on air travel on its business, saying it would focus its efforts on its new A350, A370 and 787 Dreamliner aircraft.

While some will mourn the passing of this once ubiquitous Queen of the skies, the reality is that a number of British Airways 747s were tired and tatty, having flown on one such rattler a few years ago. They lagged well behind the standards of the modern day A380s and as such this move was probably long overdue, given the age of its fleet, and new cleaner air requirements going forward.

International home repairs company Homeserve is higher in early trade after announcing that business thus far has seen little impact from the Covid-9 pandemic, and that renewal and cancellation rates were in line with previous norms.

Early gainers include the health care sector with AstraZeneca modestly higher, over rising optimism over its ongoing work towards a coronavirus vaccine.

This week saw the euro post its best levels since early March on optimism over this week’s EU summit, however it has been unable to sustain those gains slipping back below the 1.1400 level overnight in the wake of yesterday’s rather uneventful ECB meeting, as well as some profit taking ahead of the weekend.

The pound has had a slightly more negative week over concern that weaker data will prompt further action on the rates front from the Bank of England at its September meeting. UK gilt yields have continued to slip further into negative territory with investors choosing to shrug off the fact that the UK gilt issuance will hit a record of almost £400bn as a result of the current crisis.

This week’s US bank earnings have pointed to a big divergence between those that have investment banking operations, and those that don’t with the further large-scale provision for non-performing loans this week serving to point to an ever-widening chasm between Wall Street and Main Street. This was perfectly illustrated by the numbers of Goldman Sachs and JPMorgan, and those that were reported by Wells Fargo, which saw its first loss since 2008, and may well have to make significant job cuts, as a result of its weak performance.

Netflix shares slid sharply in post market trade after management reset expectations about subscriber growth in Q3, despite beating expectations for Q2 revenue and subscriber numbers. While forecasts for Q3 may well have been below what investors were expecting, Netflix has still had a stellar year so far in terms of new subscribers so it’s completely understandable for management to reset expectations a touch, given that in the space of two quarters, the company has added nearly as many subscribers as they did in 2019, when they added 27.83m new customers.