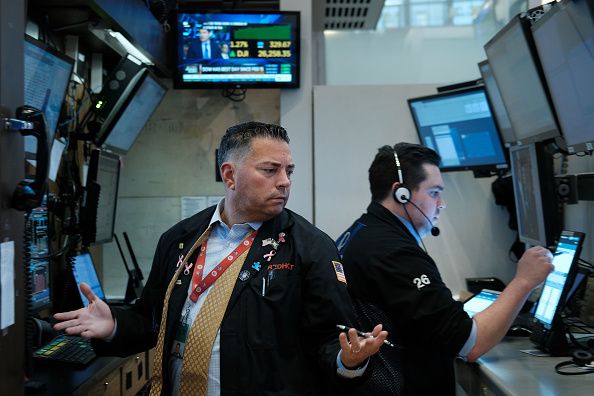 Stock markets have taken a beating today as the health crisis spreads.

It is believed there were roughly 2,900 confirmed case of coronavirus around the world .The vast majority of the cases are in China. In a bid to try and get a handle on the situation the Chinese government are extending the New Lunar Year holiday. Dealers are dumping stocks that have any connections to China for fear the economy will suffer as a result of the health crisis.

China’s massive economy is mineral hungry, so traders are cutting their positions in mining as well as oil stocks, as the underling commodity markets are weaker today. The view taken by traders is that China’s appetite for metals plus oil will fall as a result of the health situation. Stocks like Royal Dutch Shell, BP, Rio Tinto, Glencore plus Anglo American are all in the red. China has become a major market for high-end brands like LVMH and Burberry, and those stocks are suffering today. Airlines that service the Far East are feeling the pain too as traders are fearful the health crisis will weigh on air travel. Stocks like International Consolidated Airlines Group, Air-France-KLM and Lufthansa are all showing sizeable losses.

Sthree shares are marginally higher on the back of the company’s broadly positive full-year numbers. Reported revenue slipped by 1%, while the reported profit before tax rose by 11%. The recruitment agency derives 86% of its revenue from outside of the UK and Ireland, so the business is still in good health despite the uncertainty in relation to Brexit. Continental Europe, the US and Asia Pacific and the Middle East saw nets fees increase by 8%, 9% and 12% respectively, and that was the driving force behind today’s update. In contrast, the UK and Ireland business saw net fees drop 9%.Brexit-realted worries are likely to continue, but Sthree should be in a good position to deal with it because of its large overseas operation.

Petra Diamonds have been hit by a drop in diamond prices, and the company blamed the unrest in Hong Kong as well as the US-China trade spat for the weaker prices. Putting to one side the price of the mineral, the company performed well as the demand edged up in the second-quarter. Petra confirmed it is on track to achieve its full-year production goal. First-half revenue dipped by 6%, but keep in mind that diamond prices fell.

Citigroup lowered their price target for Rolls Royce to 1,080p from 1,212p.

The Dow Jones and the S&P 500 are both down roughly 1.45% as dealers are cutting their exposure to stocks on account of the growing coronavirus crisis. US mining, retail and travel stocks that have exposure to China are at the forefront of the declines. Freeport-McMoRan as well as American Airlines have been hit hard.  There are also concerns the ripple out effect from China will be negative too, and this is a problem for the entire world.

The latest new home sales were poor on both accounts. The December report showed a 0.4% fall when economists were expecting a rise of 1.5%, in addition to that, the November reading was revised to -1.1% from 1.3% growth.

A broad push higher in the US dollar index has hurt GBP/USD as well as EUR/USD. It was been a quiet day in terms of economic news in Europe. The only big announcement was the German Ifo business climate reading which dipped to 95.9 from 96.3 in December, and the consensus estimate was 97. Sterling will be in play this week as the markets are pricing in a 59% probability of an interest rate cut from the Bank of England on Thursday. EUR/CHF dropped to level last seen in April 2017 as traders are seeking out seeking safe haven assets like the Swiss franc.

Gold is also in demand as traders are keen to funnel their funds into assets are considered to be lower risk. The rally in gold despite the firmer US dollar underlines the strength of the commodity, as the asset typically falls when the greenback rises. It would seem that gold has reassumed its wider uptrend, so it might target $1,600.

WTI as well as Brent crude are enduring major losses on the back of the coronavirus fears. The energy market is closely linked to the perceived economic health of China – the largest importer of oil in the world. Dealers are exiting the energy market on fears that China’s demand for oil will wane on account on health situation.