The week ahead: UK GDP; Prudential, Lyft and Vroom results 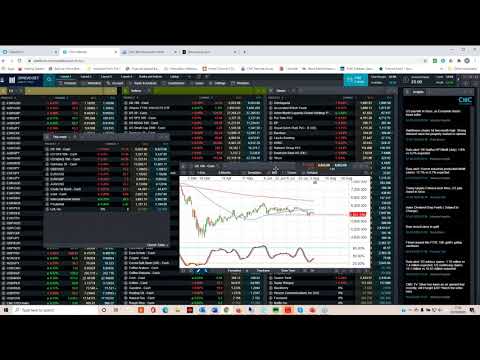 Watch our week ahead video preview and read our pick of the top stories to look out for this week (10-14 August).

Michael looks at this week’s price action on equity markets and looks ahead to the latest UK Q2 GDP, and unemployment numbers, US and China retail sales, as well as the latest numbers from Prudential, Intercontinental Hotels, and Lyft.

Tuesday: In its last quarter, Holiday Inn and Crowne Plaza owner IHG reported that revenue per available room (RevPAR) was down 24.9%, as a result of the various lockdown restrictions hammering the travel and leisure industry. While airlines have had the bulk of the negative headlines, the hotel sector has been hit hard too. Half of IHG’s hotels are in the US, and the occupancy rates have been fairly low, between 20% and 30%. In June, management expected RevPAR to be down 75% year-on-year for the quarter and 52% down on the first half. The most significant improvements in the outlook are expected to show up in the greater China region, as well as its US franchises, however these could have suffered a setback in July due to the re-imposition of lockdown restrictions in some US states. With $2bn of liquidity still to draw on, investors will be looking for progress on the $150m in cost savings, the bulk of which are set to be delivered by the end of this year.

Tuesday: Asset managers and reinsurers haven’t had the best of times over recent months, with the sharp falls and subsequent rebounds in financial markets. In May, Prudential said that sales in Asia had fallen 24% year-on-year due to the problems in China and Hong Kong. Outside of the Asia region the Q1 picture was more positive, as the US market outperformed with a 25% rise in sales. However, this is likely to be offset by a poor performance due to US lockdowns in Q2. With that in mind, expectations for Q2 were downplayed, with a challenging quarter anticipated. In July, Prudential completed a $500m equity investment by Athene Life into its US business, Jackson National Life Insurance, as it looks to bolster its capital position. The company has already divested its UK operation, and there is the possibility that the Athene Life Deal could be first step to something similar in the US.

Tuesday: It’s becoming quite apparent that the International Labour Organisation (ILO) unemployment numbers bear no relation to the actual number of people out of work, or who are likely to lose their jobs in the weeks and months ahead. At 3.9% for the three months to May, they don’t reflect the number of employees who are on furlough, and as such are not looking for work. In the June jobless claims numbers, we got a better idea of the overall picture at 7.3% with a reduction of 0.5% as more shops reopened as lockdown restrictions were eased.

This may well improve further in the July numbers, as hair salons, and some pubs and restaurants reopened. However, with a lot of major companies announcing thousands of job losses in the past month or so, the claims number could start to edge up again, even as the UK economy continues its reopening path. To get a better idea of what the jobs picture looks like, compare the number of people on the payroll before the March lockdown. This was 660,000 lower in June, so it seems inevitable that this comparison will continue to be used as a useful benchmark.

Wednesday: After selling-off sharply in February as the UK economy went into lockdown, Balfour Beatty shares have rebounded and stabilised. Under the stewardship of CEO Leo Quinn, the company is on a much more stable footing, and only focusing on high-margin work. This has helped hugely in maintaining a healthy cash flow, and in March the company reported that last year’s profits had risen 8% to £221m.

A rise in the order book and focus on high margin work saw net cash rise 68% to £325m. In June, Balfour pulled the dividend to conserve cash, despite an order book of £17.4bn and a fairly solid liquidity base of £452m in cash and £375m in credit. It also has £3bn worth of contracts in relation to HS2, though given recent events around Covid-19, you have to question whether pursuing such a project would still make economic sense to future governments.

Wednesday: Cisco was one of the few companies that did offer guidance when it reported in May, given its role in the technological architecture of the World Wide Web. Revenue and profit came in above expectations in Q3, even though revenue was still down from the same period last year at $12bn. It’s been a steady income earner for a lot of US investors, but did see some disruption in its China business last year, due to ongoing US-China trade tensions. As far as Q4 is concerned, management expects a 10% decline in revenue over the quarter, though profit is expected to come in at $0.70 a share, after the Cisco share price performed steadily over the last quarter. The company is also set to be in a good position to capitalise on future investment into the growth and potential of 5G networks.

Wednesday: Ride-sharing app companies like Lyft and Uber were hit hard as a result of the April lockdowns. In April, the number of active riders fell by 75%, however due to a decent performance in the remaining three-month period, the figure still rose 3% year-on-year, on revenue of $955.7m. Profit still remains elusive, with the company posting a $1.31 loss in Q1, and this is set to improve only slightly to a loss of $1.10 in Q2. The company is also looking to expand into the car rental business having partnered with Sixt, as it adds a rentals option to the ride-sharing app.

Wednesday: Most recently in Europe we’ve seen eye-watering drops in output in the latest Q2 GDP data, from a Q2 reduction in output of -18.5% in Spain, to Germany’s more modest -10.1% slide. The US fared similarly, with a -9% fall in output. The preliminary UK Q2 GDP numbers are expected to be no less sobering, with estimates from anywhere between -15% to -25% for Q2, a big drop from the -2.2% contraction in Q1. Whatever the figures are, and they won’t be pretty, the more important question is how quickly the UK economy can bounce back, and there has been some progress..

The numbers will cover the sharp fall in April, which the monthly numbers showed as a -20.4% fall, followed by a 1.8% gain in May. This means that acceleration is needed in the June data to pull the quarterly number back up into the mid-teens, given that the UK’s heavier reliance on services is likely to act as a drag on the prospect of a V-shaped bounce back. May manufacturing and industrial production rebounded strongly by 8.4% and 6% respectively, so the hope is that bounce continued into June as well, as those sectors got back on their feet after their April lockdowns.

Wednesday: This will be Vroom’s first quarterly report as a publicly-listed company, after its IPO launch in June. Progress so far has been solid, burning rubber off the starting grid as the IPO price jumped from $22 to close at $47.90, with a market cap of $5.52bn on its first day of trading. The enthusiasm for this new online car ordering and delivery site has shown little signs of waning in this new Covid-19 world, with Vroom’s share price trading up near $60.

The progress and enthusiasm is all the more remarkable given that the company isn’t even close to being profitable. It hasn’t  made a profit since it started in 2012, with losses of $143m last year. There were further losses of $41.1m in the first quarter of this year, while sales rose to $375.8m in March. The enthusiasm appears to be based on the premise that clients would be happy to buy a car without test-driving it, checking the quality of the finish and how it looks inside and out. This seems a tough ask, however we already know that how the market values a business bears no relation to whether or not it actually makes a profit. Losses are expected to come in at $0.73 a share.

Thursday: The sharp rise in coronavirus cases across the US in the last few weeks has the potential to send both jobless claims and continuing claims higher again. We did start to see evidence that weekly jobless claims were doing just this before last week’s surprise drop to 1.18m, and the fall in continuing claims to 16.1m, their lowest levels since 10 April. The big concern now is that given the expiry of the enhanced $600 a week unemployment benefits on July 31, combined with reversals in hiring in the wake of new lockdowns, is that these numbers could start to rise again. These fears could grow further if US lawmakers can’t pass new legislation to cushion the effects of the July 31 cliff-edge.

Friday: There does seem to be some optimism that the Chinese economy might finally start to reach something akin to escape velocity. Whether you believe the recent Q2 GDP numbers or not, there is optimism about some parts of the economy. For example, in the recent purchasing manager index (PMI) data, particularly on the services side, there is evidence of improvement from the lows of -15.8% in March, although it hasn’t yet shown in retail sales. Since then we’ve had declines of -7.5%, -2.8% and -1.8% between April and June. Expectations are still for a measly gain of 0.2% in July. This is surprising given that the likes of Apple and Daimler have reported big rebounds in their Chinese markets. The July data needs to reflect that, while the latest market updates from the likes of Tencent and Alibaba should give us a better insight into the spending patterns of the Chinese consumer. Manufacturing has performed better relative to the Chinese consumer, rebounding to its best level in almost a decade in the various official and private sector PMIs. Industrial production is expected to rise 5% in July.

Friday: In a boost for US retail, there has been a significant rebound in US consumer spending over the last two months an -8.7% decline in March was followed by a record -14.7% drop in April. This upturn has been helped by significant fiscal support from the US government and a reopening of the economy in May. A record rebound of 18.2% in May, followed by another positive figure of 7.5% in June, had raised hopes of a V-shaped recovery, however events in the past few weeks have cast a shadow over those expectations. The sharp rise in coronavirus cases and rising death toll in the US sunbelt states, along with the reimplementation of local lockdown measures has raised fears that we’ve seen the high point as far as the economic rebound is concerned, while a sharp fall in US consumer confidence in July could reflect US consumers adopting a new safety-first approach. Expectations for July retail sales are for another positive number, of 1.4%, however there is a high chance this could be on the optimistic side.