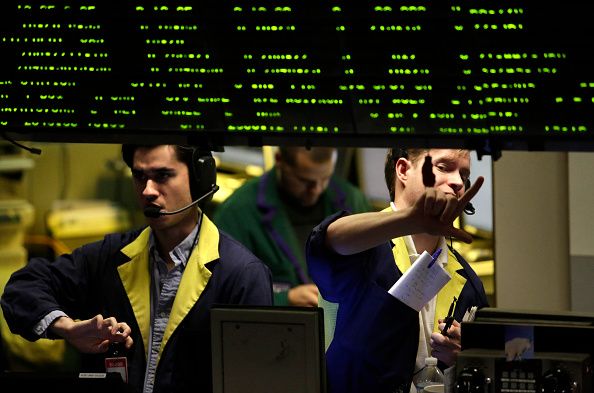 Equity markets are showing modest gains as we approach the end of the trading session.

Sentiment has been buoyed by hopes for a Covid-19 treatment. A study has found that Remdesivir, an anti-viral drug, can reduce the fatality rate in patients by 62%. It was already known that the drug assisted people who are suffering from the coronavirus, but this latest batch of positive news gave stocks a nudge higher. This week the headlines were dominated by stories of record cases in various US states, and policymakers re-imposing lockdown restrictions, so the Remdesivir story has been a nice change of pace.

Gym Group shares saw a decent amount of volatility today. The stock initially traded higher on the back of the news that it will reopen all its 160 gyms in England on 25 July – in accordance will government rules. The three gyms in Wales and the 13 sites in Scotland will reopen once the local authorities give the go-ahead. The company confirmed that its membership has fallen just over 20% between mid-March and now, but according to internal research, 92% of its members are keen to return to the gyms. Strict health and safety guidelines will be introduced as the company wants to protect its staff and clients. Traders will be interested to see how many people return to the gym and keep going back because the new guidelines will change the user experience. The stock is now lower on the day.

Boohoo shares had a rough ride this week following the allegation that one of its suppliers is paying its workers below the minimum wage. The fashion house has denied the claims and it is conducting an investigation into its UK supply chain. It was reported an after an early inspection, there was no evidence of malpractice at its suppliers. Standard Life Aberdeen has dumped all their stock in the fashion house as they felt Boohoo’s response to the allegations didn’t go far enough.

Great Portland Estates, the REIT, confirmed that it has collected 69% of the total rent that was due in June. The level includes tenants’ deposits, but when they are removed that metric falls to 58%. 74% of office rents were collected, while only 28% of rents from leisure, hospitality and retail have been received. The rent arrears are a little concerning but the group’s liquidity position stands at £390 million so there isn’t an immediate worry. On a quarterly basis, lettings are up 4.4%. Looking down the line, the company might have to compromise on its rental agreements as some tenants will probably struggle to meet the terms that were in place before the pandemic struck.

Restaurant Group shares have fallen to their lowest level since late May after the group released plans to have a staggered approach to reopening its outlets. 25% of restaurants will be open by the end of July, 60% by the end of August and by the end of September, 90% will be in operation. The company is not expecting the remaining 10% to re-open in 2020. In the third week of June, speculation began to do the rounds that the UK government would map out plans to re-open pubs and restaurants from early July, which lifted the group’s share price, but since then it has fallen over 35%.

The mood in the US is a little lacklustre as the tech sector is taking a breather. Recently any of the big moves in the S&P 500 have been tech-led, and now the NASDAQ 100 is down over 0.3%, so the S&P 500 is essentially unchanged. US headline PPI in June remained at -0.8%, while economists were expecting it to come in at -0.2%.  The core reading is often considered to be a better gauge of demand, it fell from 0.3% in May to 0.1% in June. PPI can often be an indication for what to expect from CPI reports, because if demand is soft at the factory level, it will probably be weak at the consumer level too.

Gilead Sciences anti-viral drug, Remdesivir, has the potential to be a treatment for Covid-19. In the past few months, it was reported that the drug in question improved the health condition of Covid-19 patients. After carrying out a study, the pharma group said that Remdesivir greatly reduces the risk of dying. The stock is higher on the news.

BioNTech and Pfizer are working together on a possible vaccine for Covid-19, and Dr Ugur Sahin, the CEO of BioNTech, said it is possible the drug could receive approval by Christmas. When it comes to pharma stories, there can be a lot of ups and downs, but traders are cautiously optimistic.

Travel stocks such as Carnival Corp, Royal Caribbean, United Airlines, Delta Air Lines and United Continental are up as some of the health concerns have faded away due to the Remdesivir story.

USD/CAD is broadly unchanged today on the back of the mixed jobs data from Canada. The unemployment rate fell from 13.7% to 12.3%, while economists were expecting it to fall to 12%. The employment change reading showed that over 952,000 jobs were added last month, and that was a huge improvement on the 289,600 jobs that were created in May. Just over half the jobs that were added in June, were full-time. It is encouraging to see the labour market in Canada is still on the mend.

GBP/USD and EUR/USD are higher on the session on account of the slide in the US dollar. The greenback enjoyed a rally yesterday afternoon as dealers adopted a risk-off strategy. Today, we are seeing a partial reversal of that move. There were no important economic announcements from the UK today. Next week, UK-EU negotiations will continue so that is likely to be in focus. The industrial production numbers from France and Italy for May were 19.6% and 42.1% respectively, so it is clear that economic activity jumped as the economies reopened.

The softer US dollar is assisting gold today. It is worth noting that the metal suffered a sizeable fall yesterday, so there is probably some bargain hunting going on too. During the week, the asset hit a level last seen in September 2011 so the sentiment is clearly bullish. Lately, the greenback has been attracting safe-haven flows, but some traders still seek out gold when the wider sentiment turns sour.

WTI and Brent Crude have recouped some of yesterday’s losses. The mild optimism that is doing the rounds on the back for the Remdesivir story, has encouraged dealers to buy back into the energy market. The reopening of the global economy in recent months helped oil rally to a three month high in June. It has failed to clear those highs, as certain regions of the world have paused the reopening of their economies, so that is acting as a ceiling to the oil market.