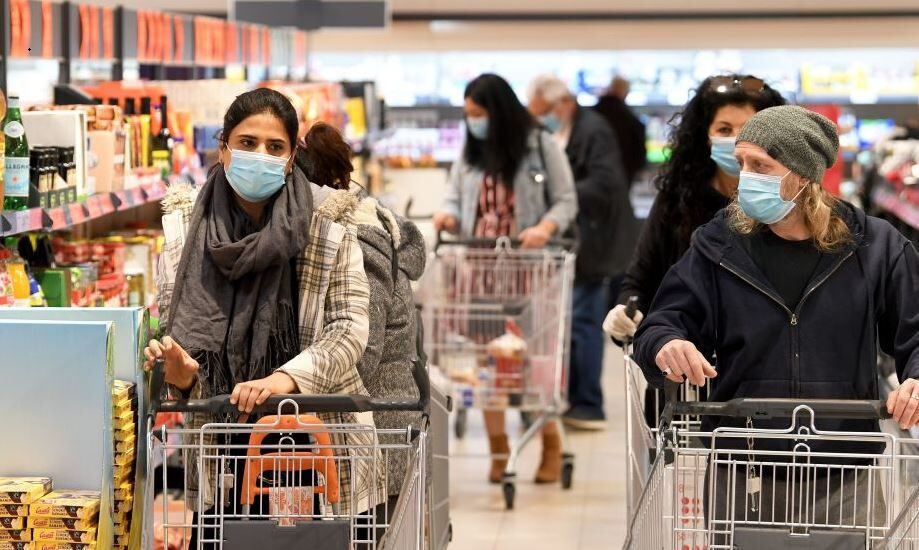 US markets underwent a softer session yesterday as a rise in weekly jobless claims, the first week on week increase since March, cast doubt on the prospects of the US economy, over the next few weeks.

As suspected the recent reimposition of lockdown measures across a number of states has seen the number of people making claims start to move higher, with 1.4m people claiming last week, up from 1.3m the week before.

Continuing claims was more encouraging, falling to 16.2m, however this is a lagging indicator, and further increases in the weekly jobless claim’s numbers over the next two to three weeks is likely to halt the progress in this area as well, casting further shade on the markets over-optimistic v-shaped scenario.

This concern is likely to have been one of the catalysts behind yesterday’s slide in US markets, along with further sharp increases in US coronavirus cases, as well as further delays to a new stimulus bill. The tech sector, and specifically the Nasdaq, bore the brunt of yesterday’s sell off, not surprisingly considering it has been the main driver of the current move higher and which again, made new record highs this week.

This weakness is set to manifest itself in a much weaker European open this morning, after a similarly weak Asia session, that has also seen China confirm its countermeasures to the US’s closure of its Houston consulate. The ordering of the closure of the US’s Chengdu consulate along with a ratcheting up of the anti-China rhetoric amongst US policymakers, has prompted further weakness as we come to the end of a week, which saw European stocks push up to their highest levels in almost five months.

We should get a more up to date look at how the UK economy is doing this morning with the latest UK retail sales numbers for June, as well as the latest flash PMIs for manufacturing and the services sector in July.

We start off with the latest retail sales numbers for June where hopes are high that we can see another big gain after the 12% gain seen in May. Expectations are for a rise of 8.3%, in light of a similar strong recovery in the recent British retail consortium sales numbers, which showed the best recovery in over 2 years with a like for like gain of 10.9%, largely driven by a rise in supermarket sales as well as a big increase in online spending.

The fading effects of the total lockdown as well as various shops reopening in mid-June, are expected to have prompted a similar rebound in the ONS numbers. The hope is that these two months will unleash a strong reaction of suppressed demand after the 18.1% decline seen in April. A strong number in June will also go some way reverse more of the -23.2% combined two-month decline seen in March and April.

The recent optimism over an improvement in economic activity which gained traction in May, took a bit of a knock in the latest UK GDP numbers, which showed a pitiful 1.8% economic rebound, after the -20.4% decline in April.

Today’s latest UK flash PMIs need to see a sustained improvement on the June numbers, given that a much bigger proportion of the UK economy reopened on 15th June, along with hairdressers and other shops and services on the 4th July.

Services activity in particular needs to improve a lot more than it has done thus far, with June’s reading of 47.1, expected to see an improvement to 51.5.

Manufacturing in June was slightly better at 50.1, but nonetheless for all the optimism about a V-shaped recovery the PMI numbers need to reflect that and so far, they haven’t, though it is to be hoped that in July we will see further strength, with expectations of an improvement to 52.0.

In Germany and France where they are ahead of the UK in reopening their economies, economic activity has also improved, but not to the extent where optimism about a “V” shaped recovery is warranted. Today’s flash PMI numbers are also expected to improve, with France currently out in front in the recent June numbers, which were both in expansion territory of 52.3 in manufacturing and 50.7 in services, and are expected to improve to 53 and 52.4 respectively. The comparative numbers for Germany in June were 45.2 and 47.3 respectively, and here again these are expected to improve, albeit at a much slower rate of 48 for manufacturing, and 50.5 for services respectively.

The US flash numbers for manufacturing and services for July, are also expected to improve to 52 and 51.5 respectively.