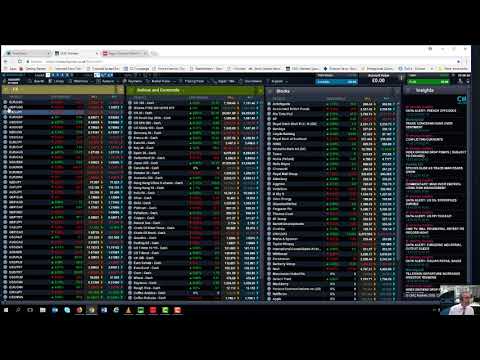 Our Chief Market Analyst, Michael Hewson, looks ahead to next week's Bank of England and US Federal Reserve meetings against a backdrop of uncertainty about weak US data, politics and trade tensions. He also examines the Dropbox IPO.

Tuesday: At its last quarterly announcement the US packaging company posted better-than-expected numbers, largely as a result of stronger global demand as the online shopping phenomenon helped boost its turnover. FedEx’s numbers for this quarter are likely to be affected by recent US tax changes, with some estimates suggesting the cumulative effect could amount to a $1bn boost to annual profit. As far as its US operations are concerned, the slowdown in retail sales towards the end of 2017 and beginning of this year might temper its numbers.

Tuesday & Wednesday: Speculation about a possible Bank of England rate rise has subsided a little, so this week’s CPI (Tue) and wages (Wed) data could go some way to reinforcing expectations of a possible move at May’s meeting. Recent economic data has shown signs of softening in some parts of the economy. Last month’s CPI remained stuck at 3%, casting doubt on the belief that inflationary pressures may have peaked. On a more positive note, there is evidence that wages are picking up, albeit still below the headline inflation rate. Last month wages were steady at 2.5%, but it is to be hoped that this will continue to head towards the 3% level over the next few months.

Wednesday: At its previous update the Screwfix and B&Q owner saw profit slip back for the first six months of the year. This didn’t stop Kingfisher’s share price rising sharply as markets looked past the profit dip and focused on the increase in sales. Group sales rose sharply, helped by a strong performance in its Polish operation and Screwfix division. The French operation remains the proverbial ball and chain around its ankle as the business sets about closing uneconomic UK stores and revamping its IT infrastructure. Investors will be hoping that full-year numbers match the expectation in the share price, which has risen 20% since September.

Thursday: Recent data appears to suggest that the upswing in these surveys may be running out of steam. The last two months have seen declines from peaks in both the manufacturing and services sector at the end of last year. Further softness in the March numbers could reinforce the fear that economic activity has plateaued at a time when expectations are rising that the European Central Bank is contemplating stepping back from its asset purchase programme.

Thursday: Ted Baker is another UK success story – its international expansion operations have helped drive a nice rise in the share price over the last six months. At its last update, the company had just opened new stores in Shanghai and Los Angeles and it is hoped these will help drive profit growth even faster. The company is also being helped by the fact that it has limited its bricks and mortar exposure by focusing on its online business, as well as concessions with new shops planned in high-traffic locations like Oxford and Luton Airport.

Thursday: Dropbox, the secure file-sharing solution, is preparing to launch an IPO on 22 March, valuing the company at around $7bn. Dropbox plans to sell 36m shares, with each share costing between $16 and $18. The company will be hoping that it doesn’t suffer from the same post-IPO hangover that previous hyped-up technology stock launches have suffered recently, with Snap a case in point.

Friday: The last two years have been a roller-coaster for one of the UK’s largest clothes retailers. After seeing the share price halve from its peak in 2015, there does appear to be some evidence it has found a base from its lows last year. At the beginning of this year Next painted a more positive picture for the UK consumer, even if it did trim its full-year guidance. Since that update we’ve had the disruption caused by the recent cold weather, which could prompt a revision to some of its sales numbers. This week’s annual figures are likely to point to continued caution over consumer spending habits, though its online business has continued to help offset the woes of physical stores.

Michaels Cos (US) Q4