The week ahead: US Q1 GDP, Abercrombie, Daily Mail shares 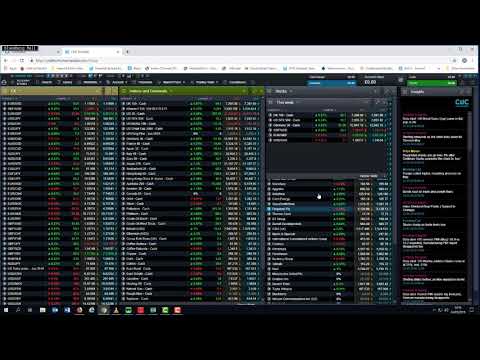 Watch our week ahead video preview (above), read our top 10 stories to look out for this week (27-31 May), and view our key company earnings schedule.

Chief Market Analyst Michael Hewson looks at the latest developments in the Brexit saga and Theresa May's resignation, the European elections, Bank of Canada rate decision and US Q1 GDP. He also examines the latest share prices from some key US retailers.

European elections
Sunday: The European elections could result in a European parliament more divided than at any time in its history. It has become increasingly apparent that there is a growing quorum of voters dissatisfied with the status quo. The established order have reacted to this insurgency by using labels to tarnish those who want to promote change. If these elections bring about a more Eurosceptic bias towards EU policymaking, then it’s likely to be more difficult to achieve the changes necessary to make Europe work better. Furthermore, any result which favours the Brexit party is likely to add to 'no deal' Brexit concerns now that Theresa May has announced her resignation as UK prime minister, especially since her replacement will probably be a Brexiteer.

Bank of Canada rate decision
Wednesday: Until recently there had been concerns about the health of the Canadian economy. Weak GDP and poor consumer spending numbers had seen the Bank of Canada pivot towards a more dovish position in recent months. The reference that rates might need to rise further over time was removed earlier this year, which saw a rise in expectations that the next move might be lower, and could possibly come later this year. These expectations have subsided a little in the wake of some strong ADP and public payroll numbers. A pickup in retail spending has also brightened the mood, however, the Bank of Canada still isn’t likely to change from its newly adopted dovish stance. No changes in policy are expected, with most attention expected to be on the guidance rather than the actual decision itself.

Abercrombie & Fitch Q1 results
Wednesday: The US retail space has seen a significant amount of disruption in recent years, as consumer shopping habits have changed. Even trendier brands like Abercrombie have struggled with falling sales, which in turn has prompted them to close underperforming stores. Under its current plans it still intends to close up to 40 stores in this current fiscal year, as it revamps its Hollister and Abercrombie Kids branding.

Dick's Sporting Goods Q1 results
Wednesday: Dick's Sporting Goods' share price has also suffered from weak retail trends in recent months. In its latest earnings update, the company stated that it expected profit to be flat against 2018. One of the factors weighing on the company is likely to be its decision to stop selling firearms, which is expected to reduce revenue.

US Q1 GDP
Thursday: The US economy surpassed all expectations in the first quarter, when preliminary Q1 GDP numbers were released just over a month ago. A 3.2% expansion was comfortably above the 2.3% consensus. However, it was largely driven by the rebuilding of inventories, as personal consumption halved from 2.5% to 1.2%. This week’s adjustment isn’t expected to alter the narrative too much, with any changes likely to be minimal.

Pennon Group full-year results
Thursday: Waste management company and owner of South West Water, Pennon Group's shares have underperformed in recent weeks. This is largely over concerns that its water business might be forcibly acquired by an incoming Labour government at a price below market value, if a general election sees a change of administration. In March, the company announced it had taken a provision of £16m on the back of the collapse of Interserve. In terms of its other businesses, South West Water is outperforming, while Viridor is expected to meet full-year expectations.

Daily Mail and General Trust half-year results
Thursday: Earlier this year, Daily Mail and General Trust announced it was selling its 49% stake in Euromoney and returning the proceeds to shareholders, as it looks to simplify the business. Like a lot of other established media companies, the income from advertising revenue has been in slow decline. One of the few bright spots has been MailOnline, which has helped offset a slow decline in print media sales with increases in advertising revenue.

Dell Q1 results
Thursday: The return of the company to publicly-traded markets at the end of last year has seen Dell's share price rise steadily. In its most recent update, and its first since returning to public markets, the company posted a rise in Q4 revenue of 9% to $23.84bn, helped by strong growth in servers and storage solutions. In terms of full-year revenue for 2020, the company said it expected this to come in between $93bn and $96bn.

Gap Q1 results
Thursday: Gap shares have had a rotten time of it in recent months, trading at two-year lows. The owner of Banana Republic and Old Navy has been struggling to boost its earnings numbers in the face of a difficult retail environment. In February, the company announced that it would be splitting Old Navy, which helps drive 75% of the company’s profitability, while looking to pare back the underperforming Gap and Banana Republic. There are also plans to close 230 Gap stores over the next two years. This will allow the company to play to its strengths, and means that Old Navy profit and revenue can be reinvested in Old Navy, rather than subsidising its weaker siblings. The split is expected to be completed by 2020.

China manufacturing/non-manufacturing PMIs (May)
Friday: Recent data has pointed to a Chinese economy that is struggling to maintain traction against a weak global economic backdrop. A pick up in manufacturing activity in March proved to be rather short-lived, as April activity fell back again Services is proving to be more resilient, however, recent retail sales data has shown that consumer demand is at 16-year lows. If this week's PMIs are similarly weak, then the calls for more stimulus are only likely to get louder.