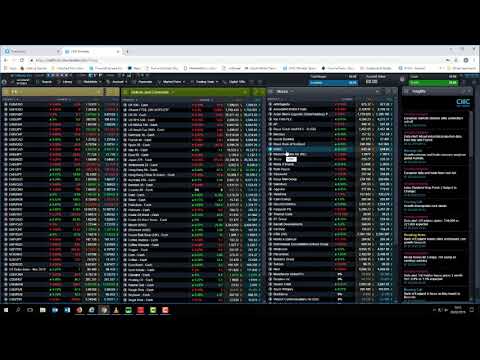 Watch our week ahead video preview (above), read our top ten stories to look out for this week (11-15 February), and view our key company earnings schedule.

Chief Market Analyst Michael Hewson looks ahead to important events in the upcoming week, including US-China trade talks, another vote on the UK Brexit withdrawal agreement and the latest economic data.

UK Q4 GDP
Monday: After the strength seen in the middle of last year, the UK economy softened heading into the final quarter. A lot of the strength in Q2 and Q3 was the consequence of a weak Q1, when the ‘beast from the east’ paralysed most of the country into March. The resultant rebound was much to do with the Royal Wedding, a hot summer, and the England football team’s unexpected run to the World Cup semi-finals. As such, a softer patch in the lead-up to Christmas shouldn’t be unexpected, with most estimates coming in at around 0.3%, down from 0.6% in Q3.

Dunelm Group half-year results
Wednesday: It was about a year ago that Dunelm warned on profit and margins as it struggled to integrate Worldstores.co.uk and Kiddicare.com into its business model. By finally calling time on these brands, the company appears to have turned a corner at the beginning of the year. Group revenue rose 2% over the December period, and this outperformance prompted the company to state that profit is likely to come in above expectations for the current year. The renewed focus on the core brand appears to have reaped benefits in store and online, with increases in revenue on both sides of the ledger. The shares have risen sharply this year, over 30% year-to-date in expectation of a decent first half, so the bar is high for a positive update.

UK CPI (January)
Wednesday: A fall in airfares and a decline in fuel costs saw the headline consumer price index (CPI) come in at 2.1% in December, its lowest level in 22 months. This was an additional boost to consumers at a time when wages are rising in excess of 1% higher. This month’s numbers aren’t likely to be significantly weaker, given that rail fares and other transport costs tend to move higher at the beginning of the year. On the other hand, they aren’t expected to move aggressively higher either, given that retailers are finding it difficult to pass on price increases. Core prices, currently below 1.9%, have also been in decline, and if this is maintained it could call into question the timing of any Bank of England rate increase, especially if Brexit uncertainty proves short-lived.

UK parliamentary vote on plan B
Thursday: This week we probably won’t see another meaningful vote on any changes to the withdrawal agreement, simply because at this moment in time the EU won’t agree to any. The UK still wants the Irish backstop removed, and while there hasn’t been a shift in positions, there has been agreement to meet for further talks before the end of the month. We could see further attempts by parliament to try and prevent a no-deal scenario from happening – the revival of the Cooper amendment could force the prime minister to seek an article 50 extension. Such an extension is looking increasingly likely to happen, due to the lack of parliamentary time available to pass the necessary legislation before 29 March. All the while, no-deal preparations are expected to be ramped up in the coming days and weeks. While it seems unlikely that the UK would leave the EU without a deal, it’s a scenario that is starting to look increasingly possible. Each side believes the other will blink first, which could ultimately lead to a no deal by default.

EU flash GDP
Thursday: It’s been a tough end to the year for the eurozone – both the Italian and German economies contracted in Q3. Early indications suggest that Q4 is unlikely to be that much different, with the Italian economy already shown to be in recession. At best, the German economy may have eked out a small gain, while France has had to contend with the ’gilet jaunes‘ protests, which have hit economic output. Expectations are for a modest expansion of about 0.1%, down from Q2’s 0.2%.

CME Group Q4 results
Thursday: CME’s reported Q3 revenues fell short of expectations, probably as a result of the low volatility seen in the middle of last year. The upcoming Q4 numbers should offer a much better outlook, given the higher levels of market volatility at the end of last year. Revenue for the year should come in near or above last year’s $4bn level, but with the shares near all-time highs, the prospect of a pullback is quite high.

Coca Cola Q4 results
Thursday: Coca-Cola hit the headlines last year with its acquisition of UK coffee chain Costa Coffee for $5bn, which is expected to complete in the first half of this year. The rationale for this purchase lies behind global governments taking a stand against sugary drinks. Brands like Coca-Cola are looking to diversify from their core markets, to expand their footprint into other more healthy areas in the beverage market. In Q3 the company saw profit surge by 30%, helped by strong sales of Coca-Cola zero sugar, as well as other soft drink sales like Fanta.

US retail sales (January)
Friday: Not surprisingly, the Federal Reserve left rates unchanged last month, largely over concern that they were tightening too far and too fast. The US government shutdown probably also played into their thinking, given the lack of visible economic data to show how it was affecting the US economy, as well as business confidence. Consumer confidence has already started to ebb away and that tends to prompt a tightening of belts. This could be reflected in the latest January retail sales numbers, which generally see a dip after Christmas, as consumers pay off their December extravagances.

RBS full-year results
Friday: As years go it’s been one of RBS’s better ones, returning to regular profit on a quarterly basis, as well as drawing a line under a number of its legacy issues. In Q3 pre-tax profit came in at £961m, up 10% on the same quarter a year earlier. This put the company on course to finish the year with a profit of over £3bn, well above last year’s small net gain of £752m, which was its first profit in 10 years. The bank also announced that it would pay an interim dividend of 2p share. The only concerns remain around small increases in bad debt, as well as further PPI provisions. Recent reports that the UK government might be looking to offload some of its 62.8% stake has also weighed on the share price in recent days. The timing of this seems curious so close to the Brexit deadline, suggesting that the government might be looking to realise some additional contingency funds to mitigate any Brexit induced turbulence.

Deere & Company Q1 results
Friday: US markets got a bit of a down draft last week after Caterpillar warned on its future profit, as a result of the economic slowdown in China. With investors already nervous about a darkening economic environment, this was an unwelcome admission. Friday’s numbers from tractor maker Deere & Co could reinforce fears of a slowdown in its own agricultural and construction markets. Its Q4 update was disappointing, so investors will be hoping for a good start to the year with a profit of $1.76c a share for Q1.