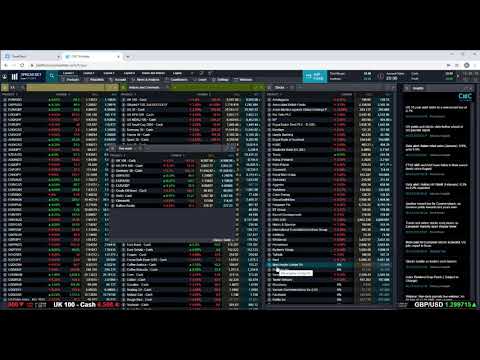 Watch our week ahead video preview, read our pick of the top stories to look out for this week (9-13 March), and view our key company earnings schedule.

In this week's video, UK chief market analyst, Michael Hewson, looks at the Federal Reserve's emergency rate cut, the prospect of a European Central Bank rate cut, the collapse in yields, the UK Budget, and the key chart points on the S&P 500, DAX, and FTSE 100, as well as GBP/USD, EUR/USD and EUR/GBP.

Saturday: These numbers are likely to be catastrophic given recent purchasing managers’ index (PMI) data for both manufacturing and services, which showed economic activity fall to record lows in February. A lot of the predictions around the plunge in PMIs proved too optimistic. Given the shutdowns, quarantines and lockdowns seen in China through and beyond Chinese New Year, the latest trade numbers are likely to show an economy that ground to a halt last month. Exports are expected to have declined 15%, with imports anticipated to fall a similar amount. However, these numbers could come in a lot worse.

Monday & Tuesday: These numbers are unlikely to be particularly instructive, as they predate the slowdown expected in the first quarter of this year. What they will tell us is that this sector of the French and German economies were already fragile in the lead-up to the sudden stop we saw in February It’s unlikely that we’ll see a pickup in February or March.

Tuesday: It’s been a decent year so far for Dick’s Sporting Goods. In Q3, the company reported its best sales quarter in six years, with earnings of 52c a share on sales of $2bn – beating expectations by a decent margin. The gains were primarily down to e-commerce sales, which rose 13% due to clothing and footwear sales. As a result, the company hiked its full-year results expectations, with the US consumer still looking strong. The company now expects earnings between $3.50 and $3.60 a share for the full-year. Sales are predicted to rise by 3% year-on-year.

Tuesday: The first half of the financial year was disappointing for Standard Life Aberdeen. The shares dropped sharply after profit came in £31m lower than the year before at £280m, below market estimates. This slowdown wasn’t helped by £15.9bn of net outflows in the first half. Management were optimistic that the synergies being created from the Aberdeen Asset Management deal would achieve all of the £350m of cost savings promised. Having missed expectations in the first half of this year, investors will be hoping that the second-half performance is better. However, recent stock market volatility could have seen outflows increase, which in turn, could put further pressure on revenue and profit. A disappointment here could invite further share price falls.

Wednesday: The coronavirus outbreak, and the global economic damage it’s likely to cause, will probably prompt a headache for any economic projections that new UK chancellor, Rishi Sunak, will have to work with, as he plans his first Budget for the new Conservative government. On the plus side, it will also give him cover to unveil a much bigger stimulus package, which wouldn’t have been the case a few weeks ago. UK gilt yields have fallen to new record lows in the last week, so there is a compelling case for some investment spending across a range of sectors, including health, education and infrastructure, particularly in the north of the country. Investors will be acutely aware that the numbers still need to add up in the longer term, but he is likely to get more slack now than he would have had at the beginning of the year.

The scrapping of the freeze on fuel duty might be delayed until the economic picture becomes clearer. The chancellor will also be under pressure to look at business rates given the dire state of the UK retail sector, and the huge disadvantage they put on businesses with large store footprints. The pound has come under strain in recent weeks on concerns that a hard Brexit remains a possibility. However, this prospect remains some way off. The clear and present priority now is cushioning the UK economy from the economic impact of a sharp slowdown in Europe, as new cases of coronavirus rise in the UK.

Wednesday: The construction sector has been the weak link in the UK economy for a while. However, Balfour Beatty has, for the most part, managed to rise above the woes of its competition, which is largely down to avoiding falling into the clutches of Carillion in 2014. Since then, it’s been a long road back under the guidance of Leo Quinn, with the company only focusing on high-margin work. This has helped significantly in maintaining a healthy cashflow, and was reflected in its first-half numbers last August, where pre-tax profit rose by 26% to £63m, and revenue climbed to £3.88bn. The second half of the year may struggle to live up to the half-year results. However, the firm remained optimistic in December that the year-end order book would rise to over £14bn, with full-year revenue expected to increase 5% from 2018’s £7.8bn. In terms of a settlement over the Aberdeen Western Relief road, management expect no negative impact on the full-year results, which are expected to show a profit of around £205m.

Thursday: Ever since Cineworld paid £2.5bn for US cinema chain Regal Entertainments, there has been plenty of chatter over the wisdom of that deal, given the growing popularity of streaming services. At the end of last year, Cineworld issued a profit warning, saying that the full-year results would come in below expectations, raising concerns that the company might not be able to reduce its debt levels as quickly as previously guided. Despite this, there was the hope that the ongoing popularity of titles like ‘Frozen 2’, and ‘Star Wars: The Rise of Skywalker’, would be able to boost the numbers into year end. Though welcoming, it’s unlikely to help in the long term, particularly with concerns about the coronavirus putting people off from gathering in large enclosed areas. The latest Bond film being delayed until November is also likely to hit revenue. Despite the reassurance from management on Friday that it can weather a slowdown, this could be the company’s Achilles heel this year. You may have the 4K cinema experience, but if your punters stay in and watch Netflix because of lingering contagion concerns, then you have a problem.

Thursday: Given concerns about economic weakness across Europe as a result of the coronavirus, speculation is rising that the ECB may ease monetary policy further this week. The big problem that policymakers have, is that there appear to be diverging views as to whether a 10 basis-point rate cut can offset the economic damage likely to be caused by the coronavirus epidemic. The ECB won’t be able to match the US Federal Reserve in cutting rates, which means it’s faced with a massive problem. Some European governments have already said they plan to implement fiscal measures to mitigate the disruption. However, with interest rates already negative, and the low yield environment hurting bank’s balance sheets, the ECB will need to be more creative to prevent their actions doing more harm than good. European banking stocks have already been hit heavily in the last few days, over concerns about the damaging effect of further rate cuts.

Thursday: While the US consumer has by and large been in a fairly confident mood, some retailers have continued to struggle – Gap being one of those. With its share price at a 10-year-low, the company is struggling to adapt to a changing retail climate. At the end of last year, CEO Art Peck announced he would be stepping down after the company cut its earnings forecast for this year, down from over $2, to $1.70-$1.75 a share. It’s still looking to spin off its better performing Old Navy brand at the expense of Banana Republic, in an attempt to stem the bleeding. It faces an uphill task after Q3 profit fell 47% to $140m, from $266m. Earnings for Q4 are expected to come in at $0.41 a share.

Thursday: As one of last year’s many initial public offerings (IPO), this is one tech stock that has managed to hold close to its initial IPO price of $26 a share. Slack Technologies has yet to make a profit, but it does appear to be going in the right direction as far as revenue is concerned, although costs have been mounting faster. While some of that was down to the IPO launch, investors will be looking to see whether the company can hit its full-year revenue target of $610m, as well as evidence that it can make a profit. Expectations are for a loss of $0.06 a share.