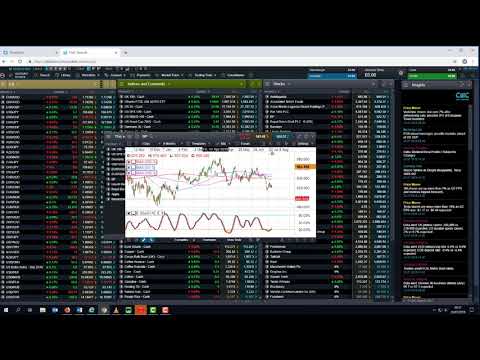 Beyond Meat Q2 results
Monday: One of the best performing IPOs this year, this stock has all the hallmarks of an accident waiting to happen. Coming to market at a modest $25 a share in early May, the fad for all things vegetarian or vegan has seen the shares soar to over $175 in the space of two months. When the company reported in Q1, total revenue rose by 215% year-on-year to $40.2m, helped by growth in restaurant and food service distribution channels. This helped push gross profit to $10.8m, a rise of 424% from a year ago. However, this can’t disguise the fact that the company still operates at a loss when costs are included, and that total revenues for the year are likely to come in just below $250m. While still a decent gain from the previous year, a rise of over 190%, it questions whether the current valuation of over $10.6bn accurately reflects market expectations of where the company is likely to be in a year or two.

BP half-year results
Tuesday: Having seen its profits more than double at the end of last year to £9.7bn, BP’s first-quarter profits slowed due to the sharp decline in the oil price towards the end of last year, which took about three months to reverse. This week’s Q2 numbers ought to be much better than the $2.4bn seen in Q1, given that we peaked at $75 a barrel in April and as such average prices were much higher for Q2 than they were in Q1. Increased production returns are also likely to act as a tailwind for BP, though the company still has to pay the legacy of Deepwater Horizon and needs to make progress on reducing its debt pile, which now sits at an uncomfortably high $45bn after the BHP oil assets acquisition. This has sent its gearing over 30%, and as such needs to be cut back. Management need to start reducing this in order to given themselves extra headroom in case we see a slowdown in the next few quarters.

Apple Q3 results
Tuesday: The smartphone market continues to be the main money spinner for Apple, however if Samsung’s latest numbers are any guide, Q3 could see a significant slowdown in demand. A slowing Chinese market, and a reluctance on the part of iPhone users to upgrade already very expensive models, could see the company struggle to meet expectations. The Indian market could help pick up the slack though, now that Apple has ceased selling its lower-price models there. Expectations for Q3 have already been set quite low at $53.4bn in revenue, with profits set to come in at $2.10c a share, below last year’s $2.34c. One thing that could help drive an improvement in demand is the recent product enhancements to the iPad and Mac which were announced at the end of Q2. The importance of services is also likely to show decent growth ahead of the release of Apple+ in the autumn.

Lloyds Banking Group half-year results
Wednesday: At the end of Q1, Lloyds showed that despite concerns about Brexit the bank had a decent quarter. Not that you’d know it from the share price performance since then, which has seen shares drift down to six-month lows. Statutory pre-tax profits rose for Q1 to £1.6bn, slightly below expectations of £1.88bn, but still well above the levels seen in Q4 and in line with Q1 2018. For Q2 the outlook is likely to have been trickier given the weaker economic outlook for the UK in April and May. It is worth keeping an eye on further PPI provisions, for which the bank set aside £100m earlier this year. Weaker interest rate expectations could see downward pressure on net interest margin, which was at 2.91% at the end of Q1.

Aston Martin half-year results
Wednesday: It’s been over nine months since Aston Martin launched its IPO and in that time investors have seen their stake in the marque brand more than halve, until last week when we saw the company issue a reduction in sales guidance. To say it’s a disappointment is an understatement, with the move lower being a slow and gradual decline. This has resulted in some shareholder discontent after the company posted a loss of £68m in February, with the costs of the listing coming in at £136m. Sales volumes have been improving with the strongest growth in Asia and the US, however higher costs in the form of a new manufacturing centre in Wales and a weaker global car market has weighed on margins. The company isn’t expected to make a profit until the end of Q4, when it can capitalise on the launch of its new SUV the DBX, and hopes it can start to grow sales by around 10% for the year.

Fed rate meeting
Wednesday: There’s been plenty of speculation as to whether the Fed will cut rates by 25bp or 50bp when they sit down to meet this week against an uncertain geopolitical backdrop. The latest data from the US economy does suggest we have started to see a slowdown from the strong numbers in Q4 and Q1, however there is much debate as to whether weak inflation justifies a move on rates at this early juncture. It’s worth bearing in mind the political dimension, with the incessant rants from President Trump about interest rates being too high, and his criticism of Jay Powell in general. The Q2 GDP numbers haven't spoken to a recession and this could make some FOMC members reluctant to consider a cut. In the coming days it is widely expected that the Fed will bow to this pressure by delivering a 25bp cut in the headline rate, while keeping open the option of another 25bp cut later in the year. Anything other than a 25bp cut would be a major surprise, with 50bp highly unlikely in the absence of a major shock.

Bank of England rate meeting
Thursday: There are no changes expected this week, particularly since the UK economy has weakened significantly in Q2 following the 29 March Article 50 extension. Since the May inflation report, it has been notable that most areas of the UK economy have slowed significantly, however there does appear to be some evidence of a pickup in economic activity in June and July. Whether this week’s inflation report will reflect this is another matter, but it is inescapable that the economic outlook has softened considerably since the Bank of England last ran its eye over the UK economy in May. Various policymakers have continued to insist that a rate hike is more likely than a rate cut in the medium term, and while that may be true, it’s very much predicated on some form of Brexit solution. This seems unlikely in the short term, and with the appointment of Boris Johnson as UK prime minister, the noise levels around the prospect of a no-deal Brexit have gone up a notch.

Global manufacturing PMIs
Thursday: A characteristic of the past few months has been poor performance from the manufacturing sector, which has been in a recessionary environment for most of this year. Germany in particular, along with China, has seen its output struggle. Though it does appear there could be a gradual pickup in economic activity in some areas. In the recent flash numbers from Germany and France for June we did see slight improvements, however they still remain well short of the level of economic activity that would suggest a sustainable improvement. Both Italy and Germany are expected to remain in contraction territory, while China and Japan are expected to stagnate. The main outlier has been the US where manufacturing has held up fairly well, but even here activity has been slowing, with the recent June ISM hitting its lowest level since late 2016.

Barclays half-year results
Thursday: Barclays’ numbers in Q1 pointed to a difficult quarter, with profits before tax coming in at £1.5bn, down from the same period a year ago. The company said it was looking to cut costs further in light of the difficult trading environment, which suggests that management weren’t particularly confident about the outlook. On the plus side, investment banking had a better quarter with an increase in total income to £2.5bn, driven by a big improvement in FICC which saw revenues rise to £902m from £570m in Q4. This helped spike the guns of activist investor Edward Bramson, who has been pushing for a seat on the board and encouraging management to spin off the division. While Mr Bramson lost his fight for a seat on the board, he is unlikely to give up on his wish for management to axe investment banking. However, making changes here won’t alter the fact that Barclays’ overall performance in Q1 was disappointing across other areas of the business. Another poor performance in Q2 will inevitably lead to speculation as to whether Jes Staley’s plan for moving the bank forward is still fit for purpose.

Royal Bank of Scotland half-year results
Friday: The announcement of CEO Ross McEwan’s resignation in Q1 slightly overshadowed the numbers for RBS. With Mr McEwan now confirmed as NAB CEO, the focus will be on who replaces him, with NatWest Holdings deputy CEO Alison Rose a key contender. In its first quarter of 2019, the bank reported an operating profit of just over £1bn, beating expectations by around 10%, even though revenues were slightly below estimates at just over £3bn. Overall profits were still slightly lower than the same period last year, coming in at £707m compared to £808m. This quarter is likely to be equally as challenging for RBS, particularly since its net interest margin is much lower than its peers. The housing market has been challenging, and its slimmed down investment bank underperformed in Q1. While the bank is in a much better position than it was two years ago, a key overhang remains the 62% stake owned by the UK government. There is the prospect that any new Labour government could nationalise the bank for its own purposes to help push improvements in tech and infrastructure.

US non-farm payrolls
Friday: It could be suggested that the latest July non-farm payrolls report doesn’t matter that much, given the Fed rate decision will have already been announced by the time it comes out. However, it could reinforce questions around why the Fed would feel the need to move rates if the numbers come in anywhere near the level that we saw in the June numbers, when 224,000 new jobs were added. With wages growth set to remain fairly robust above 3%, the Fed will need a compelling narrative to justify any action this week. A weak payrolls report could vindicate any Fed move on rates this week, or raise further questions as to why they feel it’s necessary. Sign up for the US non-farm payrolls webinar