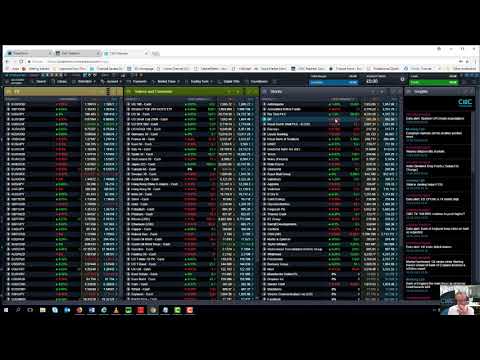 Our market analysts, Michael Hewson and David Madden, provide their thoughts and analysis on this week's events.

View our week ahead video, the top stories for this week, plus our key company earnings schedule. Michael looks ahead to the upcoming UK wages numbers, as well as EU CPI and US retail sales

China retail sales, industrial production and fixed asset investment
Tuesday: With China’s growth rate cooling down, traders will be keeping an eye on this week’s updates to gauge how quickly the world’s second-largest economy is coming off the boil. Strong import and export figures last week suggested the country still has an appetite for minerals, and its sale of manufactured goods remains healthy. The retail sales report will be a good barometer of how much consumers are spending, particularly as the Chinese middle-class exceeds the entire population of the US. Western luxury brands and mining companies could be volatile on the day of the announcement.

Vodafone full-year figures
Tuesday: In its latest quarterly update Vodafone said revenue slipped by 3.6%, but that was blamed on the consolidation of its Dutch division. Discounting foreign exchange movements and the acquisition of new businesses, revenue actually increased by 1.1%. The European business outperformed its operations in Asia Pacific, the Middle East and Africa. The mobile giant may also provide more details on its intended takeover of Liberty Group’s assets in central Europe. If the deal gets approval from regulators, it could lead to synergy savings of €1.5 billion.

EasyJet full-year results
Tuesday: The stock has been flying high lately thanks to strong revenue growth, while the latest traffic figures have been positive. Last year, easyJet had a record number of passengers and a load factor that was also at its highest levels, although the airline took a £100 million hit due to adverse currency movements. The company has acquired assets from Air Berlin, and even though it has been costly in the short term, easyJet is now seeing the benefit of the buyout. The aviation business has seen difficult recently and the company will ‘continue to focus on cost’.

UK unemployment and average earnings
Tuesday: Unemployment in the UK is at its lowest level in over 40 years, so the jobs market is clearly robust. The labour market is tightening, and now we are starting to see signs that this is putting upward pressure on wages. In fact, the wage growth rate is outstripping the inflation rate, which should increase disposable income for British workers. The unemployment rate can only go so low, so the earnings figure will be the one to watch.

Eurozone GDP and Germany ZEW economic sentiment
Tuesday: The euro has come under pressure lately after European Central Bank (ECB) president, Mario Draghi, stated the region is losing economic momentum. With the currency bloc going through an economic soft patch, dealers will be looking out for signs of further cooling. The ECB currently has a very loose monetary policy, and Mr Draghi confirmed that interest rates will remain unchanged for several months after its bond buying scheme is wound down. The eurozone’s growth rate may provide clues on the ECB’s policy towards the end of the year.

Burberry full-year results
Thursday: The fashion house was in the news this week as Belgian billionaire Albert Frère announced plans to sell his 6.6% stake in the company, with no reason given for the disposal. The stock rallied more than 25% from early February to the day before the announcement, so it might be a matter of Mr Frère taking money off the table. At the start of the year, Burberry stated that Q3 like-for-like sales increased by 2%, which is impressive when you consider the tepid state of the retail sector. China’s latest retail sales figures, released on Tuesday, will be closely watched as China is a major market for luxury brands like Burberry.

AstraZeneca Q1 results
Friday: Last year AstraZeneca posted a 37% fall in pre-tax profit, while revenue slipped by 2%. Despite the drop in earnings, the dividend was left unchanged. The pharmaceutical company has drawn a line under losses on patents, and is hoping to see continued strong sales growth in China. The company is expecting full-year revenue growth to be in single digits, and core earnings per share (EPS) to be in the range of $3.30-$3.50, compared with last year’s EPS of $4.28. The first-quarter numbers will be in focus as the sector is experiencing some consolidation, with notable examples like the Takeda and Shire deal, and Novartis acquiring and AveXis.