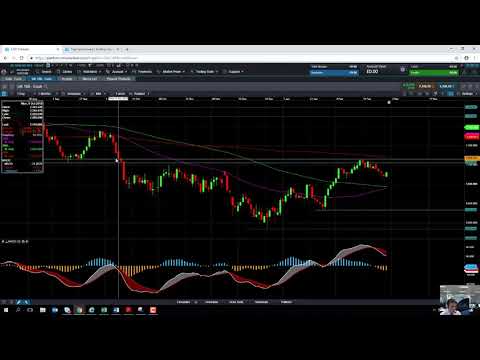 Watch our week ahead video preview (above), read our top eight stories to look out for this week (4-8 March), and view our key company earnings schedule.

China Caixin services PMI
Tuesday: The Chinese economy has been cooling in recent years, but Beijing authorities have introduced a few pro-business policies and some of the recent economic indicators have been respectable. In recent months, the Caixin survey has shown respectable levels of growth. However, given that the reading is for February, which included the Lunar New Year, the report might not be the most accurate reflection. The trade situation between the US and China has taken a positive turn, as it seems President Tump is now taking a softer stance, and that is likely to impact traders’ reaction. Trump used to gloat that Beijing needs a trade deal more than the US due to the Chinese economic slowdown, but traders may now not be as fearful of weak data.

Reserve Bank of Australia (RBA) rate decision
Tuesday: The Reserve Bank of Australia (RBA) is tipped to keep interest rates on hold at 1.5%, the rate that has been in place for the past two years. The country did well during the commodity super cycle and benefited greatly from China’s enormous appetite for minerals. Now that China appears to be slowing, Australian growth has also cooled. The RBA trimmed rates in recent years to adjust to the slowdown in growth, but that sent house prices in Australia’s major cities sky high. House prices have fallen in the past year so a rate hike is the last thing the Australian property market needs, and the RBA is all too aware of this. Last month the central bank kept rates on hold and cautioned that downside risks have increased due to trade uncertainty.

Ashtead Q3 results
Tuesday: Ashtead announced an impressive set of first-half figures recently. Revenue jumped by 19% and pre-tax profit rose by 25%. The vast majority of its income comes from the US, and the region comfortably topped forecasts. The company rents out equipment and has announced plans to capture more of the housebuilding sector, which has worried traders given the US construction sector is showing signs of softening. The latest CaseSchiller house price index showed that prices grew at their slowest rate since 2014.

European services PMIs
Tuesday: Spain, Italy, France and Germany release final service PMI reports for February. The eurozone has been going through an economic malaise recently. Italy is in recession and the German economy has narrowly avoided one. The reports will indicate how well the services sectors of the largest economies in the region are faring. Meanwhile, the underwhelming state of the eurozone has seen the European Central Bank (ECB) hint at additional targeted lending. The ECB wound down its quantitative easing programme last year, and the currency bloc is now struggling. Some traders are viewing bad news as potentially positive news, as they believe the ECB is more likely to alter policy should the economic situation deteriorate further.

Kohl’s & Target Q4 results
Tuesday: Kohl’s and Target reveal final-quarter figures on Tuesday, with traders a little on the cautious side given the consumer climate. December’s retail sales report showed a monthly decline of 1.2%, its biggest drop since 2009, while the November report showed a tiny increase of 0.1% on the month, suggesting Black Friday and Cyber Monday didn’t attract much business. Kohl’s announced respectable third-quarter figures as same-store sales topped forecasts and gross margin ticked up. The group raised its full-year profit outlook but it was at the lower end of analysts’ forecasts. Target’s latest quarterly update was a little on the weak side – the adjusted EPS and same-store sales missed expectations, while the revenue was broadly in line with forecasts. Target’s share price suffered greatly on the back of the update, and has not yet fully recovered.

Just Eat full-year results
Wednesday: Just Eat had a strong third quarter, as revenue soared by 41%. UK orders rose by 16% and the company confirmed that over half of orders were made via the app. The possibility of a tie-up between Uber and Deliveroo has prompted the company to up its investment in the business, particularly in Latin America. Just Eat said it expects full-year revenue to beat the top end of forecasts, with profit at the lower end due to capital expenditure.

Bank of Canada (BoC) interest-rate decision
Wednesday: The Canadian economy is in good health largely speaking, but as the US Federal Reserve moved from a slightly hawkish to neutral outlook, the BoC may also relax its stance. The rebound in crude oil prices since late December should help the Canadian economy, but oil is still far from its October 2018 highs. The January unemployment report was also a little on the soft side. The jobless rate ticked up to 5.8% from 5.6% and the employment change increased by 66,800 with a relatively even split between full-time and part-time jobs. The latest CPI data showed a rise in inflation to 2% from 1.7%, while the core reading ticked up to 1.7% from 1.5%. This jump suggests demand is rising which bodes well for the Canadian economy.

European Central Bank rate decision & press conference
Thursday: The ECB is tipped to keep monetary policy unchanged, so the press conference is likely to be the main event. Its January update was a little on the gloomy side as president Mario Draghi cautioned that risks have moved to the ‘downside’. Mr Draghi also said that ‘significant stimulus is needed to sustain inflation’. Since then, Italy has entered into recession and Germany has narrowly avoided one. There has been talk the ECB will launch a fresh round of targeted lending in a bid to stimulate economic activity, but targeted lending only works if there is appetite for loans, and given the downbeat economic climate, demand for fresh debt might be low. The ECB has a long history of dropping hints about future changes before introducing them, so dealers will be scrutinising the Mr Draghi’s tone.

US jobs report
Friday: The US non-farm payrolls report is always one of the most closely-watched announcements. Economists are expecting a headline figure of 170,000 compared with 304,000 in January. The huge number last month was reportedly due to a surge in government employees seeking part-time jobs to compensate for the government shutdown. Given that the political situation is now resolved, we might see some normality return to the labour market. The fact that the strong December report was revised lower spooked investors, and any negative revisions are likely to sour investment. Monthly and yearly average earnings are expected to be 0.3% and 3.3% respectively. Average earnings has become one of the most important items of the update, because when US workers earn more, they tend to spend more, and that is what is needed to keep pushing the economy along.