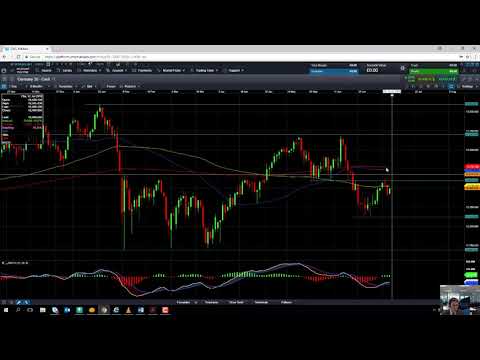 View his week ahead video, the top stories for this week, plus our key company earnings schedule. David looks ahead to Chinese GDP, UK earnings and inflation, and eurozone CPI.

Chinese GDP, fixed-asset investment & industrial production
Monday: The Chinese economy cooled greatly between 2010 and 2016, and broadly speaking we have seen a plateauing of the economy since then. It would appear that economic growth between 6.7% and 7% is the new normal for China. The steel and aluminium tariffs imposed by the US came into effect in the second quarter, and while we are unlikely to see the impact of the levies in these results, future readings could be hit. The level of fixed-asset investment has been in steady decline for well over a decade, and this does not bode well for future growth. Industrial output has been stable so far this year, but still well below the levels witnessed between 2010 and 2012.

Netflix second-quarter earnings
Monday: Netflix shares are up 98% so far this year, as the streaming company powers ahead, comfortably exceeding analysts’ expectations. The firm continues to attract new customers, although it is starting to rely more heavily on international clients for growth. The group is also still pumping billions of dollars into new content in order to stay ahead of the curve. Given the nature of the business, Netflix’s success is measured a little differently compared with traditional companies. In the second quarter, the firm is expected to add 6.2 million new subscribers (made up of 1.2 million new US customers and 5 million new international clients) which equates to 19% growth on a yearly basis.

Goldman Sachs second-quarter earnings
Tuesday: Things are looking up for the Wall Street titan, Goldman Sachs, after the bank had an impressive first quarter. Revenue from investing and lending jumped by 43%, and equity trading revenue rose by 38%. The closely-watched fixed income, currencies and commodities (FICC) division also reported a 23% revenue increase. The company cited volatility in global stock markets as one of the main drivers of the impressive results. Continued volatility in the markets plus tighter monetary policy from the Federal Reserve are likely to have helped the bank in Q2.

UK unemployment, average earnings & inflation
Tuesday & Wednesday: The UK unemployment rate is at its lowest level since the 1970s. Politicians are happy to boast about the multi-decade low jobless rate, but as far as the markets are concerned, the UK economy is essentially at full employment. Any incremental movement in either direction is unlikely to have a major impact on the pound. Traders will be focusing on the average earnings data, as a decent lift in wages would point to the potential for monetary tightening from the Bank of England. Over the medium term, the relatively high CPI inflation rate and mediocre wage growth rate have dented the disposable income of British consumers, but in recent months average earnings have been outstripping the CPI rate, which is also positive for the pound.

Eurozone CPI
Wednesday: The headline eurozone flash inflation rate is at its highest level since February 2017, partly due to high oil prices, while the CPI rate has hit the European Central Bank’s (ECB) inflation target. The core inflation rate is a better gauge of actual demand, and that also hit a multi-month high in June. The ECB has made it clear that it won’t be hiking interest rates until at least the end of 2019, but a genuine increase in demand would assist the single currency.

Sports Direct full-year figures
Thursday: Sports Direct shares hit their highest level in over two years last month, which is impressive considering how the rest of the retail sector is performing. The company produced solid first-half figures in December, as revenue and underlying pre-tax profit jumped by 4.7% and 23% respectively. But taking into account adjustments and one-off expenses, profit fell by 67%. It is worth noting that UK retail revenue slipped by 1% overall. The retailer plans to open more stores and ramp up its debt level, and this could be a risky strategy given the subpar performance of the British division. However, England's unexpected run to the World Cup semi-finals could be reflected in the numbers later this year.

Canadian inflation
Friday: The headline inflation rate has cooled a little since hitting its highest level in over three years in February. Increased oil prices have added to the higher cost of living, but have also helped the Canadian economy, due to its rich natural resources. The core inflation rate has been broadly rising since August 2017, which is encouraging as it suggests that actual demand is on the rise.