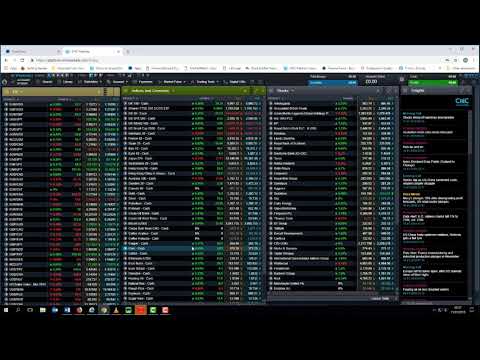 Watch our week ahead video preview (above), read our top eight stories to look out for this week (14-18 January), and view our key company earnings schedule.

Chief Market Analyst Michael Hewson looks ahead to next week’s inflation numbers from the UK, EU and Canada, as well as the outlook for sterling ahead of the key Brexit deal vote on 15 January.

US Q4 bank earnings: Citigroup, Wells Fargo, JP Morgan & Goldman Sachs
Monday-Wednesday: US bank earnings season starts in earnest this week, with the latest end-of-year numbers from US investment bank giants Citigroup, JP Morgan and Goldman Sachs. In their Q3 updates, earnings and revenue all came in better than expected, helped by improvements in both retail and investment banking operations. However, that didn’t stop heavy falls in the share prices of all major banks since those updates, as investors fretted about the prospects for the US economy, an over aggressive Fed and a flattening yield curve. Since the lows in December, we have seen evidence of the beginnings of a rebound, helped by a continued resilience in US economic data, as well as some decent moves in equity markets which are likely to have helped drive increased trading activity. However this won’t help their bond trading operations, where yields have started to slide back and the yield curve has continued to flatten.

China trade & retail sales (December)
Monday & Wednesday: Earlier this month, the People’s Bank of China eased reserve requirement ratios in an attempt to stimulate lending to the real economy, after recent data showed that the Chinese economy slowed in the last quarter. The most recent November trade numbers revealed a sharp decline in exports, as the trade war between the US and China showed signs of biting. Manufacturing also looked weak, though more encouragingly services have been stronger. Nonetheless, the recent November numbers for retail sales growth and industrial production were disappointing. If the December numbers reaffirm the slowdown, then we could see speculation about further stimulus measures from Chinese authorities on top of this month’s measures, given that inflationary pressures have declined considerably in the past few weeks.

UK MPs Brexit vote
Tuesday: Having postponed a parliamentary vote on her controversial Brexit deal last month, prime minister Theresa May is expected to try and force MPs to vote through her deal this week. It is unlikely to gain the support of the majority of MPs in the first instance, which means the prospect of a no-deal Brexit is likely to re-emerge as a significant risk in the weeks ahead. Recent events have done little to assuage concerns that parliament  will be able to agree on anything before the UK’s exit date, and we could leave the EU on 29 March without anything being agreed. The fiasco of recent events, with MPs making the government’s life more difficult in terms of contingency planning for a no deal, means it remains unclear what other alternatives there are to a “no deal” Brexit or the prime minister’s deal. To the outside world it would appear that UK democracy is eating itself.

UK inflation (December)
Wednesday: In November, UK headline inflation fell to 2.3%, its lowest level since early 2017. This welcome news was largely as a result of the fall in oil prices since peaks in October. This is likely to continue to be reflected in the December numbers, along with heavy discounting heading into the Christmas period. With wages growing at their best levels in a decade, the outlook for UK consumers could improve into 2019.

US retail sales (December)
Wednesday: Please note, these numbers may not be released due to the US government shutdown. US retail sales have been on a decent run in 2018 – they’ve been in positive territory for nine months in a row. With wages growth at 10-year highs, and US retailers offering some attractive discounts in the run-up to Christmas, we could see another strong month. A positive number would round off what was a strong year for the US jobs market and wages growth.

EU inflation (December)
Thursday: Last month the European Central Bank (ECB) announced the end of its long-running asset purchase programme, with little evidence that it has had the desired effect of boosting the outlook for inflation and economic growth. The most recent preliminary inflation numbers for December showed the headline consumer price index fell back to 1.6% from 1.9%, while core prices have remained steady at 1%. Against this type of deflationary backdrop, it’s hard to imagine a scenario where the ECB can credibly conceive any sort of rate rise this year, or even further ahead for that matter, particularly at a time when economic growth in Europe appears to be stalling.

UK retail sales (December)
Friday: The UK consumer has had a slightly more challenging year, as has the UK retail sector. Nonetheless, UK retail sales for 2018 were much higher than in 2017 with a strong performance of 1.4% in November, signalling a positive end to Q4. A respectable December number is likely to round off a decent end to a tough year for UK retail stores who have struggled with their margins as a result of higher costs and consumers who have become much more price sensitive.

Canada inflation
Friday: With the consumer price index (CPI) trending sharply lower in the last few months, it’s hard to imagine that this trend will slow in December, given the sharp decline in oil prices since October. In November, annualised inflation fell sharply to 1.7% from 2.4%, and this was probably behind the recent decision by the Bank of Canada to hold interest rates at their current levels, rather than following the Federal Reserve’s December decision to raise interest rates.