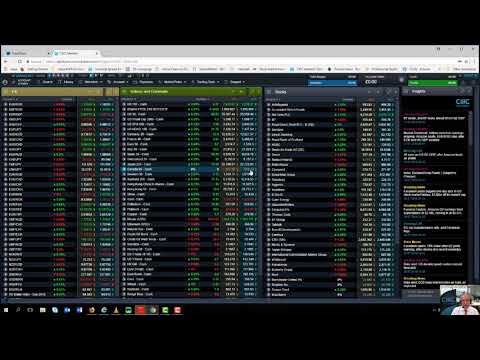 See his week ahead video, the top events to watch, plus our key company earnings schedule. Michael looks at the possibility of the Bank of England hiking rates in the coming week, as well as the latest US employment reports. He also looks at the key levels on GBP/USD, EUR/USD and USD/JPY.

Bank of Japan rate meeting
Tuesday: Earlier this month there was some speculation that the Bank of Japan might be looking to tweak its bond buying programme as its economy starts to show signs of higher prices. The Japanese central bank won’t be alone in looking to rein back its stimulus policy in the coming months, as the European Central Bank and the Bank of England are also contemplating doing the same thing.

BP half-year results
Tuesday: At its last trading update, BP reported a 71% rise in first-quarter profit, its best performance since 2014, while at the same time reporting a 6% rise in output. If it hadn’t been for the $1.6bn paid out for the Gulf of Mexico oil spill, it would have been an even better performance. With a breakeven price below $50 a barrel and oil prices hitting $80 a barrel earlier this year, it would be a surprise if BP doesn’t show a significant improvement in the first half of its financial year, with average Q2 prices at least $10 above where they were in Q1. Although the Gulf of Mexico spill is likely to act as a drag into next year, BP is running out of excuses to start reducing its almost $40bn debt, especially since it has a host of upcoming projects which should add to the company’s overall output.

Apple Q3 results
Tuesday: With little in the way of new products, this week’s Apple numbers will focus on the iPhone X, the various iPhone 8 models and iPad sales, along with improvements to the company’s cloud-based services. The App Store and Apple Music have been adding subscriptions at a decent rate. At its last trading update, the company announced a $100bn buyback despite the average sale prices for its phones showing signs of dropping, suggesting consumers are opting for cheaper models instead of the more expensive iPhone X. The biggest concerns for Apple are a slowdown in China, and an escalation in trade tensions, which could impact one of its largest markets.

Capita half-year results
Wednesday: Outsourcing companies have been under the spotlight following the collapse of Carillion earlier this year. There have been concerns about Capita’s solvency, and the restructuring of its business by new CEO Jonathan Lewis, who was brought in to turn around the business at the end of last year. His initial findings were both damning and alarming, as he claimed the company was ‘too complex’ and relied far too much on acquisitions to grow. On the plus side, his willingness to take a hatchet to the problems has increased optimism that the company, which has earned the unfortunate nickname ‘Crapita’, will be able to turn things around. A £660m rights issue in May was a crucial part of this strategy. However, the company isn’t out of the woods after the UK government changed its mind about a recent MoD contract win, on the basis of a legal challenge. This week’s trading update will outline how much progress has been made in bolstering the balance sheet.

Manufacturing and services PMIs
Wednesday & Friday: This week should give investors a decent insight into whether the recent rise in trade tensions is starting to filter into Europe’s global manufacturing and services purchasing managers’ index (PMI) surveys. Early indications would suggest that manufacturing is starting to reflect the rising uncertainty, so it will be interesting to learn the extent of this. Services on the other hand appear to be slightly more resilient, with a pickup expected in the UK and France following the performance of the English and French teams in the recent World Cup.

UK Banks S1
Wednesday-Friday: It’s a big week for Royal Bank of Scotland, Lloyds Banking Group and Barclays as we gear up for trading updates from the first half of the year. The share price performance has been disappointing over the last few months; all three are down over 5% so far this year, with RBS the worst performer. This underperformance is particularly puzzling given that all three banks have started to post some fairly decent numbers. Lloyds in particular posted record profits last year, while Q1 profit rose 23%, raising the prospect of a higher dividend. RBS appears to have drawn a line under its Department of Justice fine, but still needs to make provisions for the final amount, and there are brand problems over its GRG unit. Barclays also has issues with its investment bank, with activist investor Edward Bramson looking to pressure management into offloading its underperforming division.

Bank of England meeting and inflation report
Thursday: The Bank of England has a decision to make this week when it meets to decide on the outlook for the UK economy. This will take place against the backdrop of a fairly decent rebound in Q2, alongside rising political uncertainty around the Brexit talks. On data grounds, a rate rise would appear justified after the weakness in Q1 proved to be temporary. However, the uncertainty at the end of July might stay the bank’s hand, and any vote to raise rates may not be unanimous.

US employment reports
Friday: The US economy isn’t showing any signs of slowing. Recent data surveys have pointed to labour market shortages in certain areas, but this has seen some long-term unemployed return to the jobs market. The rise in the participation rate suggests there may be more slack in the labour market than originally thought, which may explain why wage growth has remained stubbornly well below the 2.9% seen in January. Investors will be looking for evidence of rising wages as the labour market continues to tighten, while the latest Fed meeting due on Wednesday is likely to confirm the central bank is on course for a September rate rise.