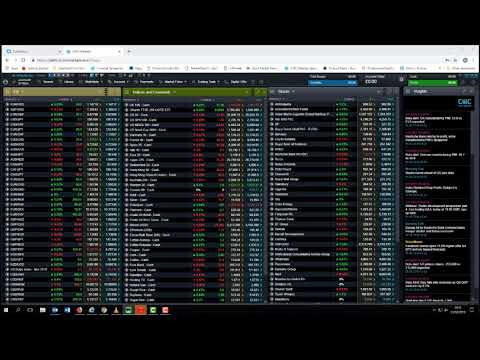 Watch our week ahead video preview (above), read our top ten stories to look out for this week (4-8 February), and view our key company earnings schedule.

Chief Market Analyst Michael Hewson looks back at the rebound in equity markets in January, and asks if we can expect further gains. He also looks at the weakness in the US dollar and the prospect for further sterling gains ahead of the Bank of England inflation report.

UK construction PMI (January)
Monday: Despite the collapse of Carillion a year ago, the UK construction sector has held up fairly well. However, it has been slowing in recent months, hitting a three-month low in December. Housing was a little on the weak side, while civil engineering picked up quite sharply. Optimism in this sector has remained buoyant, despite the economic gloom, and we could see a pickup in the January numbers. Services activity has also slowed in recent months but is still expected to be in positive territory.

BP full-year results
Tuesday: Last year oil prices hit their highest levels in four years, but BP’s share price performance has been disappointing, despite briefly hitting an eight-year high of 600p in October. The sell-off in oil prices since October hasn’t helped, especially given the recent $10bn completion of BHP Billiton’s shale assets at the end of last year. At the time, the company said the purchase would be funded by the proceeds of cash generation, however, the decline in prices appears to have blown a hole in that calculation. The company has announced a further $3bn sale of US assets to mitigate this. The final quarter is likely to give an insight into how much of a hit the recent oil price decline has had on its margins, with revenue expected to come in at $304bn, up 26% on last year. BP is also starting to move towards renewables by investing in a range of solar projects, but this needs to go further.

Global services PMIs
Tuesday: Early indications that we might see a pickup in economic activity look few and far between for now. Recent flash PMIs from France and Germany suggested that 2019 got off to a subdued start. France in particular saw a sharp drop in services activity, partly as a result of the yellow vest protests. Activity was also weak in Italy, though Spain and Germany did see slight upticks. However, the main takeaway from the recent European Central Bank meeting was that governing council members were concerned that the slowdown seen at the end of last year might have further to go.

Snap Q4 18
Tuesday: Given all the problems that Facebook has encountered with new GDPR regulations, as well as negative media coverage surrounding Instagram, you would think that Snap would be poised to take advantage. Sadly for Snap, the main headlines in recent weeks have focused on changes in senior management following the appointment of a new CFO, after the previous incumbent, Tim Stone, became the latest high profile resignation to rock the company. The decline in the share price since the $17 IPO has been painful for investors, and the company is still unable to make a profit. A declining user base is also a concern for investors, even if revenues are holding up well, with Q3 turning over $300m. The third quarter also saw losses of $325m, though management said they were optimistic for 2019. Tuesday’s Q4 update is likely to shine a light on that optimism, and will need to deliver given that the shares are already near record lows, more than $10 below their IPO price.

US ISM non-manufacturing (January)
Tuesday: The US government shutdown may have adversely affected the US economy in January, however there doesn’t appear to be much evidence of it in the private surveys, although US consumer confidence has started to decline. Expectations are for a slight softening in activity in January to 57.3, but nothing to be too concerned about. Now that the US government shutdown is over, we might see the release of US data that was delayed as a result of the closure. We don’t have a date for any of this yet, but it will be released over the next two weeks so keep an eye out for: US GDP, durable goods and retail sales numbers, delayed after the US government shutdown.

Barratt Developments half-year results
Wednesday: Housebuilders are always a useful bellwether for the UK economy, and slowdowns in the UK housing market particularly around London and the south-east, have prompted some significant price drops in recent months. While order books are likely to remain strong the pressure on margins and rising costs, along with lower selling prices, could offer some disappointment this week. One of Barratt’s peers warned last week that political uncertainty was slowing the demand for new homes. This is likely to be a recurring theme in the days and weeks ahead.

GoPro Q4 18
Wednesday: GoPro is another tech unicorn which ’IPO’d’ to great fanfare back in 2014, as the shares initially surged to within touching distance of $100. Its wearable mini cameras went down a storm with consumers, and the company was valued at $10bn. There has been little improvement since however, and full-year revenue is forecast to come in at $1.13bn, down from 2015 peaks of $1.6bn. The share price has seen an even steeper decline – it’s now below $5 – as the novelty of a wearable camera wore off and cheaper alternatives ate into the company’s market share. Expectations are for a Q4 profit of $0.26c a share, with GoPro stating that it hopes to sell 4.2m cameras for the full year. Revenue is expected to come in between $380m and $400m for the final quarter.

Bank of England (BoE) inflation report (February)
Thursday: No changes are expected from the Bank of England, although we could see a change to its inflation and growth forecasts against the backdrop of a softer economic performance in Q4. Wage growth continues to surprise to the upside, but the slowdown in business investment is likely to keep bank officials cautious.

Twitter Q4 results
Thursday: User growth or an increase in profit seems to be the tightrope that social media companies need to navigate these days. In October, Twitter posted a decent rise in profit to $789m, compared to a loss of $21m a year before. This more than offset a decline in monthly users from 335m to 326m, though most of this appears to have come about as Twitter purged a host of fake and abusive accounts. This is likely to continue to act as a drag on the company’s user growth, and while some would suggest that a slowdown in user growth is a bad thing, surely it’s more important to focus on what generates a return, rather than on headline numbers. Advertising has been a key revenue earner and rose by 29% in Q3. This trend needs to continue in Q4, with expectations for profits of $0.25c a share.