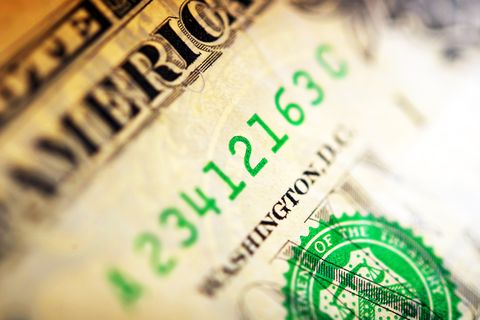 In what looks like a precursor to yet another growth downgrade, probably next week, we got yet another warning from the IMF yesterday, in what is now an almost quarterly event these days as IMF chief Christine Lagarde warned that the absence of meaningful reforms from governments, ran the risk of increasing the prospect of global stagnation.

Referring to a “new mediocre” the timing of her remarks couldn’t have been more timely given some pretty disappointing economic numbers from Germany, France as well as the US in the past couple of days, and these concerns along with another slide in commodity prices saw European and US markets suffer their worst falls since mid-March, though a rebound in Asia could well see a positive open this morning.

Unsurprisingly given the recent terror attacks in Brussels the services sector in Europe showed significant weakness, particularly in France where we saw the index slip back below 50, after seeing the flash numbers come in at 51.2, just prior to the events in the Belgian capital.

In Germany, factory orders showed a sharp fall in February declining 1.2% which doesn’t bode well for this morning’s February industrial production numbers, which are expected to show a decline of 1.8% after a sharp rebound of 3.3% in the January numbers.

Asia markets appear to have followed on from the declines in Europe and the US with the Nikkei225 under pressure as a result of the continued move higher in the value of the Japanese yen, as markets speculate over the capacity of the Bank of Japan to look at some form of intervention in the event we fall below 110.00 against the US dollar.

The latest March Caixin services PMI out of China offered some encouragement that the economy in China is picking up, coming in at 52.2, above expectations of 51.4, and up from 51.2 the previous month.

Oil prices have remained choppy stabilising late last night and rebounding this morning after touching one month lows, on the back of a 4.6m barrel draw in the latest API data, the biggest draw since the beginning of the year.

Comments from the Kuwaiti OPEC representative that we could still get an output freeze even without Iran, might have also helped on the margins, but they seem barely credible, in that they probably wouldn’t make that much difference.

Another key event due out later today will be the most recent FOMC minutes where we could well get some colour on the divisions on the committee, and how much disagreement there actually was with respect to the surprisingly dovish tone.

In the wake of the March meeting and the dovish press conference, apart from one dissenter and a paring back of the “dot plot” projections there was little sign of the dissent shown in the following week from a number of mainly non-voting members.

Recent comments from a number of Fed officials including John Williams of the San Francisco Fed and Dennis Lockhart of the Atlanta Fed arguing that an April move might well be warranted jarred somewhat from the dovish message conveyed by Janet Yellen at her post March meeting press conference, and her speech at the Economic Club of New York last week.

While differences amongst policymakers are quite normal behind the scenes seeing them played out in so public a manner does run the risk of muddying the message, and gives the impression of a central bank talking out of both sides of its mouth.

USDJPY – the US dollar moved below the 110.70 area yesterday hitting an 18 month low in the process. Further losses seem likely towards 109.20 initially with the potential for a move towards the 106.00 area.  Resistance comes in at the 113.80 area.