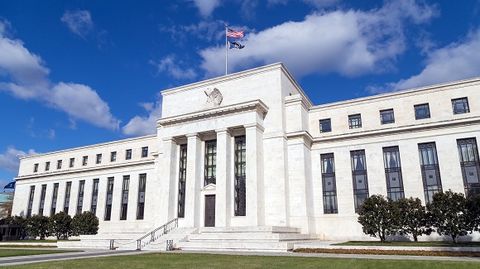 Having started the month so promisingly European equities ended January on a distinctly sour note with the FTSE100 giving up all of its gains to finish the month lower. European stocks didn’t fare that much better with only the DAX managing to avoid finishing the month in the red.

While US stocks fared slightly better there is no question that the events of the past week or so has shaken investor confidence in the new US administration, and its ability to operate with any degree of competence, and in so doing helping gold prices post their first positive month since September.

For now the main release valve for all this investor uncertainty has been the US dollar which has put in its worst monthly performance since March last year, with the weakness gaining extra momentum after yesterday’s comments from Peter Navarro, Donald Trump’s top trade advisor who took aim at Germany for implicitly targeting a lower euro in order to give itself a competitive advantage over its main trading partners.

Not surprisingly these comments haven’t exactly gone down well with German officials with Chancellor Merkel quite rightly responding that interest rate policy was a matter for the European Central Bank.

What is surprising given the current scattergun approach to policy by President Trump, as well as his representatives, is the fact that US stocks still remain within touching distance of their recent record peaks.

Having already upset Mexico, and now Germany, it remains to be seen when China will move into the crosshairs, particularly since Navarro doesn’t like China either, and that’s before we even start thinking about the US Federal Reserve, who as we well know don’t exactly count Donald Trump as one if its supporters.

Today’s FOMC meeting, the first one of 2017 isn’t expected to produce any surprises despite recent comments from several US policymakers that raised the prospect that we could well see three rate rises this year, with the first potentially coming as soon as March. Fed officials are likely to want to be able to assess the effects of the move in December first.

While recent data has been fairly positive any indication of a move in March would be a surprise and given the events of the last week, probably foolhardy. Many of those on the new FOMC committee, having seen how the last few days have unfolded, are quite likely to be very reluctant to give any guidance either way, particularly since we still don’t know the composition, magnitude or timing of any potential fiscal stimulus program.

It’s also expected to be a busy day for data with the release of the latest manufacturing PMI numbers for January from Spain, Italy, France, Germany, the UK and the US ISM survey.

Recent data has pointed to an improvement across the board with readings in the mid 50’s though yesterday’s Chicago PMI surprised with a big miss to the downside.

Overnight the latest Chinese PMI numbers came in better than expected, pointing to a continued improvement in the overall global picture, and this looks set to point to a higher European open this morning.

In the UK the latest manufacturing survey for January is expected to show a slight moderation to 55.9 from 56.1 as the cheaper pound continues to boost exports. The most recent CBI survey last week pointed to a decent January for manufacturing, despite pressure from rising prices, so the expectation is that today’s Markit numbers should reaffirm that.

In the US the latest ADP payrolls report for January is expected to show 165k new jobs added, up from 153k in December, while the ISM manufacturing survey is expected to show an improvement to 55 from 54.7, though given yesterday’s Chicago miss this could well come up short.