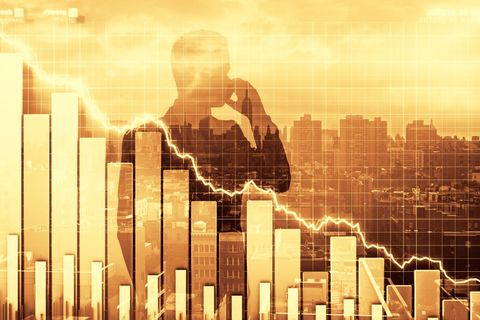 The major European equity markets are off the lows of the session, but are on the track to finish firmly in the red.

The sour investment sentiment today, is largely down to the severe declines the US incurred yesterday. Longer-dated US government bond yields fell yesterday, and that rattled confidence and increased chatter about a potential recession in the largest economy in the world.

Takeda shareholders voted in favour of the proposed £46 billion takeover of Shire. The Japanese firm are keen to expand into the US – where Shire earns a large portion of their revenue. Takeda will end up with an additional $47 billion in net debt, and in return the new group will have global revenue of roughly $32 billion, and this seems like they are paying a high price for a relatively small amount. The group expects to make savings through synergies, and non-core assets will be spun off too. Margins in the pharmaceutical sector are dwindling, so now might not be the best time bulk up on debt. Adding to that, at the start of the year we heard that Amazon, JP Morgan’s boss, Jamie Dimon, and Warren Buffett are looking to launch a healthcare initiative, which might bring about massive disruption to the sector.

Stagecoach shares are higher after the company announced disappointing figures, but they topped forecasts. First-half adjusted pre-tax profit fell by 10% to £87 million, but traders were expecting £81.1 million. The group is considering disposing its US business. The transport company said the results at the regional UK bus division were ‘encouraging’.

Ashtead is one of the biggest fallers on the FTSE 100. The group earns the majority of its revenue in the US, and the fears traders have in relation to the state of the US economy is likely to be a factor in the losses.

It was encouraging to see that the Caixin survey of Chinese services jumped to 53.8 – a five month high. The update rebounded from the October’s reading, which was a 13 month low. China’s economy has been growing at a slower rate in recent years, but todays’ report shows us that the economy is in better shape than originally thought.

The stock and bond markets are closed today as there is a state funeral for former US president George HW Bush.

It is now looking less and less likely that the UK will leave the EU without a deal, and that is helping GBP/USD. Traders care couldn’t less about political embarrassment for the government, and if the risks of a no-deal Brexit are reduced, that is likely to keep sterling elevated.

USD/CAD has rallied after the Bank of Canada (BoC) kept rates on hold at 1.75% - meeting forecasts. The central bank said that inflation should ease by more than expected, due to lower gasoline prices, and it claimed there is less economic momentum going into the final qaurter. The US-Mexico-Canada Agreement (USMCA) is set to replace NAFTA, and that should add stability to the Canadian economy. The jobless rate is near a 15-year low, which underlines the strength of the economy. The BoC often trails the Federal Reserve, but given the slightly dovish update today, the BoC might not hike in January, even if the Fed raise rates this month.

EUR/USD has ticked lower today on account of the firmer US dollar. The services PMI reports from the major eurozone countries this morning were largely positive. The Italian report was 50.3, which was a welcomed improvement on the preliminary reading of 49.2. The French update was 55.1, and the German reading was 53.3. The respectable figures bodes well for the currency bloc.

Gold is a little lower this afternoon due to the firmer US dollar. It is concerning that gold can’t catch a bid on a day when European equities have lost so much ground, and it underlines the inverse relationship between the US dollar and the metal. The commodity has been broadly moving higher since August, and a break above $1,243, might pave the way for $1,265 to be tested.

Oil has ticked higher today ahead of the OPEC meeting tomorrow. OPEC and non-OPEC members will meet tomorrow and traders are anticipating some sort of production cut. The problem with these meetings is that the individual nations often have their own agenda, and sometimes they don’t follow the group pledge.