Asia gets a Japan boost, but European politics just got more complicated 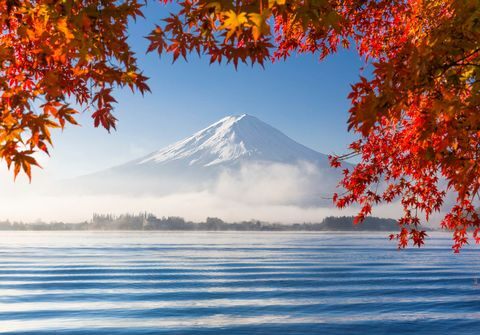 US markets managed to close at record levels pretty much every day last week as optimism over some form of tax reform continued to gain traction. It is true that we’ve been here before as optimism has waxed and waned constantly throughout the last few months, but while there still remains some way to go before a plan gets through the house, the fact that a blueprint has been passed suggests that this time we may actually see something tangible.

European markets also ended last week on a slightly more positive tone out of Brussels with respect to the Brexit talks after German Chancellor Angela Merkel acknowledged that the EU side also needed to move on its negotiating position in the Brexit talks. This would appear to be a significant shift of tone at a time when the EU stance has previously shown no signs of compromise.  What also appeared to be significant was an admission by Donald Tusk that the separate internal EU27 talks on trade would take UK proposals into account.

Despite this positive tone it wasn’t a uniformly positive picture despite record highs in the DAX, as Italian and Spanish markets underperformed, along with the FTSE100 and FTSE250, where we saw a number of profit warnings.

Politics as ever is likely to continue to drive sentiment and having seen Japanese Prime Minister Shinzo Abe consolidate his hold on power over the weekend in Japanese elections, the Nikkei25 built on the 21 year highs we saw last week helped in no small part by a stronger US dollar as the Japanese yen weakened in expectation of continued easy monetary policy from the Bank of Japan.

While the political backdrop in Japan looks much more stable than it has in years the backdrop in Europe continues to be fraught with risk, as the crisis in Catalonia took another step backwards after the Spanish government in Madrid triggered 155 of the Spanish constitution and suspended Catalonia’s independent parliament, prompting widespread protests in Barcelona.

Once ratified by the Spanish senate the next hurdle becomes as to how Madrid moves to implement the measures, and more importantly how Catalan officials, civil servants and politicians react. Of even more importance is how the Catalan police react, particularly given possible split loyalties.

Catalan politicians have already pushed back but thus far there has been on formal declaration of independence in response to the weekend measures as President Puigdemont and his supports weigh their next move.

In another headache for Brussels and EU leaders another populist candidate won a resounding mandate at the weekend, this time in the Czech Republic, following in the footsteps of Austria the weekend before. The established political order was swept aside by a party led by billionaire Andrej Basis who has been critical of the euro and the EU’s migrant policies.

In Italy, where politics has always been complicated two of Italy’s richest regions, Lombardy and Veneto, held non-binding referendums over the weekend in an attempt to gain greater fiscal autonomy with the leaders of the two regions claiming an overwhelming majority were of the opinion that more of the revenue that is raised in the  region should be spent in the region and not diverted south. With Rome’s tax coffers already stretched amidst concerns over the solvency of Italian banks and some state subsidised businesses this is another blow ahead of elections next year.

Away from the complicated nature of politics in Europe it’s also set to be a big week for central banks with a particular focus on the European Central Bank on Thursday, when it is expected we could well see some clarity on what the ECB intends to do as we head into 2018 with respect to tapering its asset purchase program, currently running at €60bn a month. Will they reduce it to €40bn a month and run it off quite quickly, or reduce it sharply to €20bn a month and run it off more slowly?

We’ll also get to see the first iterations of UK and US Q3 GDP, both of which are likely to be important for different reasons. A fairly steady UK number of around 0.3% will keep the prospect of a UK rate rise on the table at next month’s Bank of England rate meeting.

Across the Atlantic the latest US Q3 GDP could give us an early indication as to how much the hurricane season has impacted the US economy.