Will the chancellor spring any surprises in this Budget? 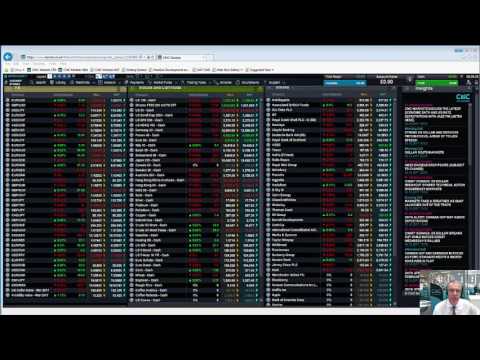 This week the chancellor of the exchequer Philip Hammond will stand up to deliver his first post-Brexit budget in the wake of the UK’s decision to leave the European Union last summer.

Since last year’s Autumn Statement the economic picture has held up much better than most had expected. As a result the chancellor is in the unexpected position of potentially being in a much better fiscal state than originally thought when the figures were last estimated in November.

Despite all the post-Brexit hysteria and doom and gloom, the deficit is expected to fall to £56bn, down from last year’s £71.7bn, as a result of better-than-expected tax receipts.

This means that the government is still spending more on an annual basis than it is collecting in taxes, and as a result adding to the national debt, which now stands at a whopping £1.8trn, and counting.

In November the Office for Budget Responsibility downgraded its outlook for the UK economy in 2017 from 2.2% to 1.4%. It's clear that this will now be revised upwards given recent economic data. Its inflation forecast also seems quite modest, given what we’re seeing in the way of rising prices, while an expectation that unemployment will rise to 5.5% also seems overly pessimistic since it has fallen further since then.

While the Brexit vote has complicated the chancellor’s plans for balancing the books, pushing the data back into the next parliament, the government will still be looking at ways to try and increase the tax take over the next few years.

It is no secret that Conservative governments tend to favour a low tax and low spending type of approach to fiscal matters, so we can expect to see further increases to tax thresholds and the living wage.

This means that tax reliefs are likely to come under further scrutiny once again and in particular tax relief on pensions, where higher earners currently get tax relief at 40%, while basic rate taxpayers get tax relief at 20%. This could well come into the crosshairs in the form of a flat rate across the entire tax base, in an attempt to lower the burden on an already stretched public purse.

The most contentious issue at the moment is the subject of the recent change in business rates, which have fallen disproportionately on companies in London and the south east, where property values have increased in value the most. As a result, we could see some measures to mitigate the worst effects and  help ameliorate some of the biggest increases.

The crisis in social care remains the thorniest issue for the government and will continue to be so for successive governments over the next few decades, given the increasing burdens an ageing population will put on the NHS.

It’s unlikely that the chancellor will look further at reducing the rate of corporation tax Since 2011 the rate has come down from 26% to 20%, and this year the rate drops to 19%, while the bank levy could well see higher revenues as banks start to return to profitability.

In that time the tax take for corporations has increased, with £44.4bn coming in last year, the highest level since 2008, despite the progressively declining rate.

The prime minister has been keen to focus on infrastructure projects in the early part of her term, so we could well get further money set aside for that to supplement projects that have already been approved, namely  HS2, the Heathrow expansion and Hinkley point. Energy and transport are key areas which could see further investment.

Trade with virtual funds in a
risk-free environment.