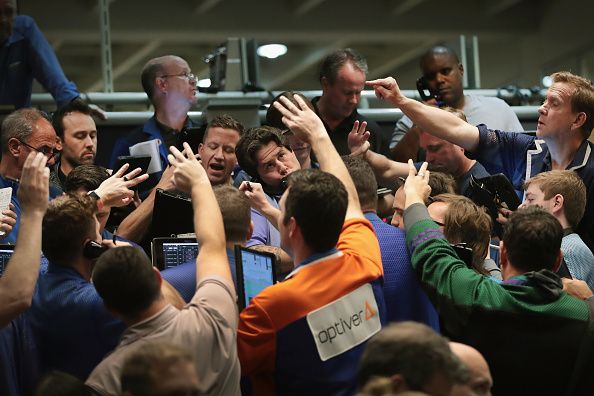 The oil price tumbled on Friday after Russia walked away from the OPEC+ meeting without agreeing to further production cuts.

The oil market has been under pressure in recent weeks as the chatter about the possibility of major economic disruption on account of the health emergency has hammered demand expectations. When OPEC said they were talking about cutting output by 1.5 million barrels per day, they showed the market their hand – they are worried about demand, so when Russia walked away from the meeting without agreeing to cut production, the selling pressure increased.

Over the weekend, the Saudi’s essentially started a price war with Russia. They cut their oil prices and there is even talk the Kingdom are contemplating increasing output too. When oil trading began last night, the energy market opened in excess of 17% lower. The Dow Jones futures plunged too so heavy losses are expected for Europe.

Stock markets in Asia are sharply lower on account of the slump in the oil market. The Nikkei 225 has lost more than 5%, while the Hang Seng is down more than 3%. Government bond yields have tumbled too – at point the US 10 year yield dropped below 0.5%. Copper, platinum and palladium are all down in excess of 2%. Gold traded above $1,700, but is now back below the metric. Bitcoin as well as ethereum have slumped too, as fear have rippled out across all the markets.

Japan released its revised GDP figures for the final quarter of 2019. On a quarter-on-quarter basis the economy contracted by 1.8%, while the preliminary reading was only a fall of 1.6%. On an annualised basis the economy shrank by 7.1%, also a larger contraction than initially thought. The reading fuelled recession fears.

Overnight North Korea launched at least three unidentified projectiles, it is likely these are a part of the regimes military drill, but it doesn’t help investment sentiment.

Equity markets in Europe as well as the US tumbled on Friday as concerns about the coronavirus damaged sentiment. The fears surrounding the crisis stepped up as the number of infections grew, and traders were fearful The West could suffer something similar to what Wuhan is undergoing. Last week saw the Fed revel an emergency rate cut, the IMF as well as individual governments announced health funds to tackle the crisis, and the moves actually made dealers more worried not les. The interventions acted as warning signals, which fuelled panic selling.

Over the weekend, Italy announced the region of Lombardy is on lockdown. Travel restrictions will remain in place until early April. Northern Italy is the industrial base of the country so such drastic measure is likely to cause serious commercial disruptions.

The Dow Jones plus the S&P 500 closed lower on Friday despite the impressive jobs report, but they finished very much off the lows of the session though. Larry Kudlow, a top economic advisor to President Trump, said the government is considering ‘targeted measures’ to help offset the problems of the airline industry. By the close of play on Friday, Delta Airlines and United Continental Airlines gained ground.

The impressive US non-farm payrolls report was encouraging to see from an economic point of view, but as far as dealers were concerned the story played second fiddle to the concerns about the health crisis. The report showed that 273,000 jobs were added in February, which smashed the 175,000 consensus estimate. The January reading was revised higher from 225,000 to 273,000. The unemployment rate slipped to 3.5% from 3.6%. Average earnings dipped to 3% from 3.1%, and that was in line forecasts.

Government bond yields were driven to historic lows last week. On Friday, the US 10-year yield traded below the 0.7% mark – which highlights the fear that has gripped the markets. The Federal Reserve unexpectedly cut rates by 0.5% last week, but dealers still feel that more interest rates are in the pipeline. There is talk of rate cuts from the Bank of England as well as the European Central Bank. Monetary policy might not be an effective way to tackle to the crisis as businesses or people are unlikely to borrow more in the current environment.

China posted its latest trade data over the weekend. Exports fell by 17.2%, while the consensus estimate was -14%. The reading was a big drop from the 7.6% growth that was posted in January. Imports dropped by 4%, which was far better than the 15% decline that economists were expecting, but keep in mind the previous reading showed 16.3% growth. It is clear the health crisis in China caused major disruption, especially in exports. China is the workshop of the world so it’s no surprise there was a huge fall in exports last month.

The US dollar index enjoyed a rebound in the wake of the solid US jobs report but the currency has been considerably weakened recently, and the wider downtrend could continue if there is speculation about additional rate cuts from the Fed.

On Friday, Canada posted its latest jobs data too. The unemployment rate ticked up from 5.5% to 5.6%, meeting forecasts. The employment change showed that 30,300 jobs were added. The more detailed report showed that 37,600 full-times jobs were added while over 7,000 part-time jobs were lost. The weakness in the oil market held back the Canadian dollar, hence why USD/CAD finished higher on Friday.

At 7am (UK time) the German industrial production report will be posted. Economists are expecting growth of 1.7%, which would be a rebound from the 3.5% fall in December. The trade balance will be released at the same time, and the surplus is tipped to cool to €18.8 billion from €19.2 billion.

EUR/USD – rebounded late last month and if the bullish move continues it might target 1.1400. A pullback might find support at the 1.120 zone.

US payroll expectations set quite high

Expectations for today’s US jobs report were already high heading into this week, even without some of this week’s positive economic data, and they have only risen further