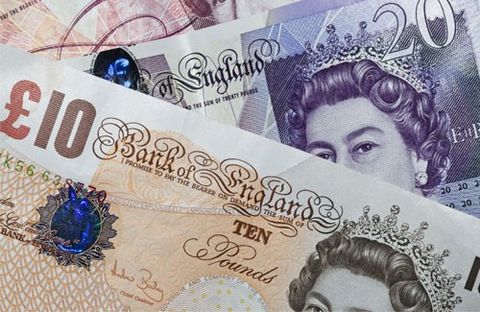 The mood in Europe is a little downbeat today but the rally in the pound has made matters worse for the London market.

On the FTSE 100, Reckitt Benckiser, Unilever, British American Tobacco, Diageo and GlaxoSmithKline are some of the biggest fallers in terms of index points. The groups all derive a relatively large portion of their revenue from outside of the UK, so a move higher in sterling typically weights on those stocks. Putting the pound’s strong performance to one side, the sentiment in continental Europe isn’t exactly great. Health concerns and worries about tighter restrictions have influenced sentiment, and that is why the major eurozone indices are a mixed bag going into the close. Once again, the talk of a proposed stimulus package in the US is doing the rounds, but seeing as Nancy Pelosi of the Democrats, has set a deadline of tomorrow, there isn’t a huge amount of optimism in circulation.

Rolls-Royce shares saw a lot of volatility today. On Friday, the stock enjoyed a rally because at the back end of last week the company raised £2 billion form a debt issuance – which was twice the amount that was planned. The response sent out a very positive message as it showed the company can easily access funds. Also, last week BAE Systems revealed its new Tempest project – the production of a new fighter jet - and Rolls Royce will be a supplier to the programme

Boohoo shares have fallen out of fashion today after it was announced that PWC is stepping down as its auditor. The accounting firm has been its auditor since 2014 but it will not be seeking a renewal of the contract. Boohoo received some negative publicity over the summer after it was alleged that one of its third party supplier paid its workers’ wages that were below the legal minimum and that working conditions were not up to scratch in terms of health and safety. An independent review found that there were significant issues within the supply chain but the group will be taking steps to address them. Boohoo might find that only a relatively small number of firms would want to potentially to be their auditors due to the reputational impact.

It was reported that Land Securities will sell off roughly £4 billion of its £12.8 billion portfolio over the next four to five years. The pandemic has had a brutal impact on the high street, and it is understood that Land Securities are keen to pivot away from retail assets and redirect their funds to other projects that have higher prospects. The group could explore opportunities in healthcare and retirement housing. British Land shares are higher too.

The S&P 500 and the NASDAQ 100 are fractionally lower as trading is lacklustre. There has been more major news with respect to the proposed stimulus package and it has been a quiet session in terms of economic announcements. Traders seem to be sitting on their hands for now.

ConocoPhillips will acquire Concho Resources for $9.7 billion. The move comes as the energy market has been under pressure because of the pandemic – questions will persist in relation to future demand. It might seem like an odd time to be going down the takeover route, but the transaction should help bring about lower costs in the form of synergies, and in a downbeat environment, that can be a useful way forward. It is expected that it will equate to $500 million in cost savings.

Halliburton shares are higher on the back of the mixed third quarter update. EPS was 11 cents, while equity analysts were anticipating 8 cents. Revenue for the three month period was $2.98 billion and that undershot the $3.09 billion consensus estimate. Concerns over localised lockdowns have been hanging over the oil market, and in turn, Halliburton as it is an oil field services company. The CEO, Jeff Miller, was a little optimistic as he said the pace of declines in international markets is slowing.

GBP/USD has been lifted by a report that the UK might water down the internal markets bill (IMB) in a bid to try and reach a trade agreement with the EU. The IMB attracted controversy as it would mean the UK would be in breach of international law, but seeing as the British side are considering taking a softer stance with respect to it, that suggests they are keen to broker a deal with the EU. The political back and forth will continue, and we are still a long way from a deal being reached but the prospect of a deal has given traders hope, and that has boosted the pound.

EUR/USD is higher on the session because of a broad move lower in the US dollar. It has been a quiet day in terms of economic indicators from the eurozone and the US. The currency pair fell to a two month low in late September and it has been broadly in an uptrend since. It is testing the 50-day moving average at 1.1794, and a break above it should point to further gains. Lately, the US dollar has been a popular risk-off play, but that has not been the case today.

Gold is trading above the $1,900 mark thanks to the slide in the dollar. The metal is traded in dollars so the drop in the greenback has assisted the commodity. Gold is off the highs of the session, but while it remains above the $1,900 area, the uptrend that has been in place since Wednesday, should remain intact.

Oil is now positive on the session. It was reported that OPEC+ might discuss the possibility of rolling over the output cuts for 2021, but the body is unlikely to make a formal decision today. The very mention of extending the coordinated cuts has acted as a boost to the energy market.