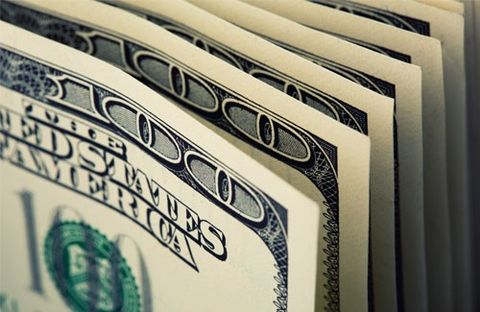 In particular, the change in the median dot plot fed funds forecast to two potential rate hikes this year from four has had a big impact, sending USD crashing and commodities and other currencies soaring, particularly the resource group (CAD, AUD, NZD, NOK, SEK and others).

The impact on stock markets from the news has been mixed. Traders initially cheered the news sending stocks higher on anticipation that cheap, easy money won’t dry up as quickly as had been feared. As I had suggested in my FOMC preview, however, this party didn’t last long as sober second thought raises questions about the short term outlook for the US economy, particularly the cut to the Fed’s GDP outlook. This morning finds US index futures pretty much back where they started before the Fed announcements down about 0.5% from where they finished yesterday, while the FTSE is down a similar amount while the Dax has dropped 1.7%.

The falling US Dollar could potentially have a positive longer term impact on US stocks. USD has been so strong it had been hurting US exports and US corporate earnings. A dollar retreat could take some of the pressure off. A falling dollar may also take some of the pressure off China and help to ease its economic struggles. While CNY is up against USD today along with most other currencies it isn't up as much and is actually down sharply against EUR and JPY.

The Fed was just the beginning of the central bank news today. This morning, the Swiss National Bank maintained its interest rate and Norges Bank cut its benchmark rate by 0.25% to 0.50% bringing it in line with Canada a comparable oil producing country. Both decisions were widely expected and both currencies have fallen slightly relative to EUR. SNB Governor Jordan took a neutral approach while trying to talk down the Franc. Norges Bank Governor Olsen indicated his bank could cut interest rates further and raised the prospect of negative rates. CAD is up slightly against NOK ass the Bank of Canada is still expected to remain neutral on interest rates preferring to let the loonie do much of the heavy lifting.

The next big central bank announcement this morning is the Bank of England who is widely expected to remain on hold through the campaign leading up to June’s Brexit vote. Any comments on how the economy is doing or any changes in voting patterns could have an influence on trading in Sterling and the FTSE.

Resource stocks may attract attention today with crude oil still rising and Brent trading back above $40.00 per barrel as traders respond favourably to the falling USD, plans for a producer meeting in April and US inventories growing less than expected this week. Rallying gold and copper prices, plus positive earnings out of Silver Wheaton could spark interest in miners. FedEx could benefit from better than expected earnings but Caterpillar could come under pressure after putting out a profit warning.