Europe set for positive start as Fed meeting gets underway 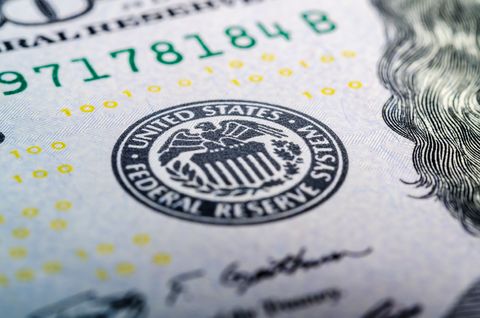 US markets finished October very much on the back foot, although that didn’t stop the Dow from posting its best monthly gain since 1976, reversing the losses seen in September, and almost all of those in August.

It’s also not expected to prevent markets here in Europe from picking up from where they started the week yesterday, with a higher open, after a similarly strong start in Asia markets, on reports that China is looking at putting together a Covid reopening committee in order to put together a strategy for reopening the economy, targeting March 2023 as a possible reopening date.

While on the face of it the Dow’s performance is impressive, it matters slightly less when compared to the Nasdaq 100 and S&P500 who although they finished the month higher, they didn’t come anywhere close to reversing their September losses.

With investors favouring the big blue-chip beasts of the Dow it would appear that despite the rebound seen in October, markets continue to remain very risk averse when it comes to specific parts of the US market.

This shouldn’t be altogether surprising given that US bond markets saw their third successive monthly decline, as yields continue to push higher, with this week’s Fed meeting, which starts today, and concludes tomorrow, a key waypoint when it comes to the next key move in sentiment.

Inflation continues to be a significant headwind, and while the headline numbers have been falling in the US the main reason for this is likely to be the move higher in the US dollar given it is still rising elsewhere across the globe.

The rise in price pressures is already prompting a significant reassessment of the economic outlook, particularly in terms of the resilience of the consumer as we head into the winter months, with central banks having to tread a line between hiking rates to contain inflation risk, without hammering demand on the other side of the equation.

This is a problem that has already started to worry the likes of the RBA who hiked by a less than expected 25bps last month, and who did the same thing this morning, hiking by 25bps pushing back against a more aggressive posture due to concerns about the brittle nature of the Australian housing market. This more modest approach appears to also be part of the Bank of Canada’s thinking when they only hiked by 50bps last week instead of the expected 75bps, again due to concerns about the fragility of the Canadian housing market.

Yesterday saw EU inflation surge to its highest ever level, rising from 9.9% in September to 10.7% in October, while core prices rose to 5%, giving the ECB a similar problem, only their concerns have more to do with containing the borrowing costs of Europe’s third largest economy, Italy.

With inflation here in the UK also above 10%, it isn’t too surprising to see how much of an impact it is having on business sentiment with today’s October manufacturing PMI expected to be confirmed at 45.8 and its lowest level since May 2020.

Combined with an expected fiscal squeeze on UK taxpayers, the outlook for the UK economy is likely to remain subdued as we head into 2023, as the UK government looks to try and plug an apparent “eye-watering fiscal black hole” as described by UK treasury officials.

While this sounds quite alarming it comes across as somewhat counterintuitive to deal with it by crushing the demand side of the economy, as well as cutting spending.

The US economy appears to be in slightly better shape but even here, there is increasing evidence of a slowdown in economic activity with the latest ISM manufacturing survey for October, which is expected to slip from 50.9 to 50. In September both employment and new orders both fell into contraction territory of 48.7 and 47.1, with the fear being that this could get worse, and perhaps act as a drag on Friday’s payrolls report.

EUR/USD – continues to slip back after last week’s peak at the 1.0090 area, and could slip back even further with a test of the 0.9750 area a possibility. This is where we have trend line support from the recent lows.

Harbour Energy sets aside $400m in respect of windfall tax