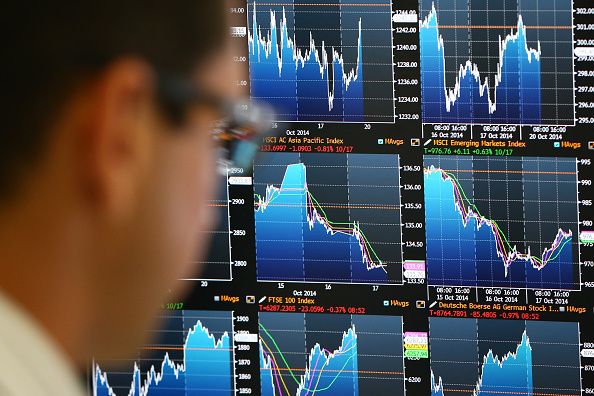 Yesterday there was a sense of optimism running through the markets as the FDA fast-tracked a couple of drugs that have the potential to be Covid-19 vaccines.

Pfizer and BioNTech are working on four drugs that they are hoping will go on to be coronavirus vaccines, and the FDA put two of the four on a fast track for approval. At the back end of last week, BioNTech said they could receive approval as early as Christmas, but in light of yesterday’s news, it might even be sooner.

European equities closed higher and US stocks got off to a good start on the back of the news. The FDA update carried on nicely from Friday’s news that Remdesivir, the antiviral drug produced by Gilead Sciences, can reduce the fatality rate in coronavirus sufferers by 62%. In the past couple of trading sessions there was a feeling that big pharma stands a chance of taking on the virus.

That being said, many countries are still battling against Covid-19. There were in excess of 60,000 new cases yesterday in the US, while there were 312 deaths. The infection rate remains high, but at least the fatality rate is relatively low. The situation in Florida is getting worse as the growth in the number of new cases was 4.7%, while the seven day average was 4.4%.

Robert Kaplan, the head of the Federal Reserve Bank of Dallas, issued a mixed statement yesterday. The central banker expressed concerns in relation to the infection rate, and he said the Fed might be required to do more should assistance be needed. Mr Kaplan also said the Fed might row back on its stimulus packages should the economy improve.

The NASDAQ 100 set a fresh record high yesterday, a few hours into the trading session. The bullish run didn’t last long as the tech focused index finished down more than 2%, and the S&P 500 closed down nearly 1%. The usual suspects - Apple, Amazon, Netflix, Facebook and Google’s parent, Alphabet – all set all-time highs, but finished lower.

US earnings season will kick-off today as the latest quarterly numbers from JPMorgan, Wells Fargo and Citigroup will be posted. In April, the major banks collectively put aside more than $25 billion for provision for bad debts, the view is that the rate of loan defaults will surge on account of the pandemic. Last month, the Fed carried out a stress test, and in one extreme scenario, the central bank cautioned that total bad debts provisions could be $700 billion. Dividends will be in focus as the Fed said that pay-outs must be capped at current rates, and there has been speculation that dividends could be cut in an effort to conserve cash.

It was a mixed day for commodities yesterday. The slide in the US dollar helped gold. Silver, copper and palladium were also helped by the move in the greenback, and the overall feel-good factor helped the industrial metals too. Oil on the other hand lost ground as there was talk that OPEC+ are looking to taper off the steep production cuts that were introduced in May. Last month WTI and Brent crude hit three month highs, but they failed to retest those levels since, because of the pausing of the reopening of economies.

Overnight, China posted its trade data for June. Imports were 2.7%, and economists were expecting -10%, keep in mind the May reading was -16.7%. Exports came in at 0.5%, and the consensus estimate was -1.5%, while the May reading was -3.3%. The rebound in imports and exports points to a turnaround in the global economy. It is possible the positive exports reading was largely because of Western government’s demand for personal protective equipment.

Rising tensions between the US and China in relation to Beijing’s territorial claims in the South China Sea has weighed on sentiment. Hong Kong is reintroducing tougher restrictions and a rise in coronavirus cases in Victoria, Australia, has impacted the mood too. Stocks in Asia are in the red, and European markets are called lower.

At 7am (UK time) the UK will release a number of economic reports. The GDP reading for May on an annual basis is tipped to be -20.4% and that would be an improvement on the -24.5% posted in April. The monthly reading is expected to be 5.5%, and keep in mind the April reading was -20.4%. UK industrial output, manufacturing output and construction output are expected to be 6%, 8% and 14.5% respectively.

At the same time, the final reading of German CPI for June will be posted and the consensus estimate is 0.8%.

The German ZEW economic sentiment report for July is tipped to be 60, and that would be a dip from the 63.4 recorded in June. It will be released at 10am (UK time).

Eurozone industrial production will be announced at 10am (UK time) and the May reading on a monthly basis is tipped to be 15%, and that would be a huge rebound from the -17.1% posted in April.

USD/JPY – has been drifting lower for the last month and support could come into play at 106.00. A rebound might run into resistance at 108.37, the 200-day moving average.

While Morrisons’ share price initially went south as the coronavirus pandemic hit these shores, its trading activity went in the opposite direction, as consumers flocked to supermarkets to bulk buy and generally stock up.

The US non-farm payrolls report tends to dominate the headlines, but on Friday the sharp decline seen in US tech stocks was the main story.

Watch our week ahead video preview and read our pick of the top stories to look out for this week (7-11 September).