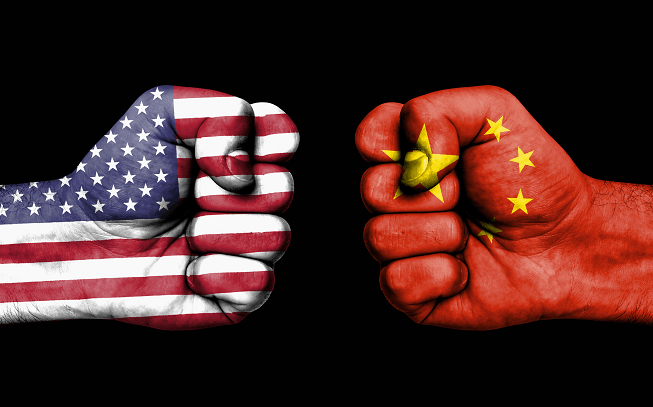 US stocks finished a choppy session higher yesterday despite comments from Larry Kudlow, Donald Trump’s main economic adviser, that could have been construed as both positive as well as negative for a good outcome at this week’s G20 meeting in Buenos Aires.

His comments that US officials were having discussions at a number of levels of government has raised expectations about some form of agreement, though these comments were caveated with the proviso that China needed to do more for that to happen. This would suggest that for all the optimism and Trump’s comments earlier this week, the best we can hope for is that any additional tariffs are delayed, and the current ones are left at their current levels.

Nonetheless equity markets have chosen to focus on the positive, with Asia markets also pushing higher ahead of the key meeting on Saturday with presidents' Trump and Xi, while the continued stabilisation in oil prices is also helping sentiment, ahead of the upcoming Opec meeting and an outage in the North Sea, which is also supporting prices.

The focus away from geopolitics remains on the Federal Reserve’s rate-hiking cycle, with a raft of conflicting messages from several US policymakers yesterday on the pace of the current cycle, with Bostic and Bullard making the more cautious comments of Fed policymakers.

With criticism from President Trump ringing loudly in his ears, today’s comments from Fed chair Jay Powell are likely to be closely scrutinised for any hints of a slightly more dovish lean. They aren’t likely to change the calculus of a rate rise next month, but they could hint at a flattening of the dot plot projections for next year.

The decent US and Asia sessions have translated into a positive European open this morning, with most attention set to be on the unveiling of the latest Bank of England stress tests on the banking system, as well as their assessment of Brexit risks.

Banking stocks in the UK have had a disappointing year, weighed down by concerns about a no-deal Brexit which would suggest that a lot of the bad news is already baked into the price, with Lloyds Banking Group and Royal Bank of Scotland both down over 15% year to date.

Unilever appears to be in pole position to secure the Indian Horlicks business of GlaxoSmithKline, as part of Glaxo’s move to focus more on its core competencies of pharmaceutical in the wake of its recent acquisition of the Novartis 36.5% in its consumer healthcare joint venture earlier this year.

Unilever is also becoming more focused on a number of key areas having sold its spreads business a year ago to KKR for €6.825bn, choosing to focus its attention on a market that has the potential to rival the size the Chinese market. The price for the Horlicks business would appear to be around $3.5bn to $4.5bn which given the growth potential would seem to be fairly good value.

On the earnings front, the US retail sector is in focus this week, particularly in light of the success of Black Friday and Cyber Monday, which showed strong shopping trends. Today we have Q3 numbers from Dick's Sporting Goods, with the US consumer shown to be much more resilient this year. Despite some of the problems in the retail sector we have seen some success stories, with Dick’s shares up over 20% year to date. In its Q2 update Dick’s raised its full-year guidance despite missing on sales as a slowdown in Under Armour sales blunted numbers. The company updated its full-year guidance in August to between $3.02 and $3.20c a share, so any disappointment here could well see some profit-taking kick in, while quarterly profits are expected to come in at $0.256c a share.

On the data front we have the latest preliminary Q3 GDP numbers for the US economy which is expected to show annualised growth of 3.6%, up slightly from the previous 3.5%.