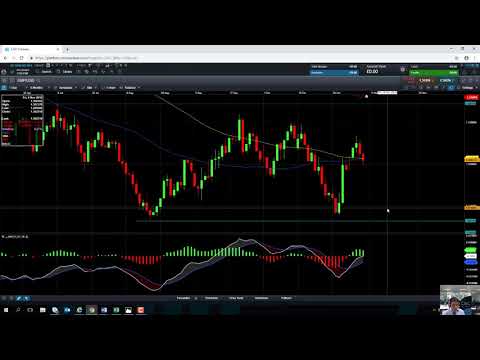 Watch our week ahead video preview (above), read our top seven stories to look out for this week (12-16 November), and view our key company earnings schedule.

UK CPI, unemployment and wages
Tuesday & Wednesday: The UK unemployment rate is at its lowest level in decades. Politicians are happy to gloat about the low jobless rate, but as far as markets are concerned, the UK economy is essentially at full employment, and any incremental movements in either direction are unlikely to have a major impact on the pound. Traders will focus on the average earnings data, as a decent lift in wages would point in the direction of monetary tightening. Recently, average earnings have been outstripping the CPI inflation rate, which is positive for sterling. The latest report showed that UK average wages (excluding bonuses) grew by 3.1%, while the inflation rate dipped to 2.4%. Rising wage growth and falling inflation is a double win for the British worker, equating to a ‘real’ increase in wages. When workers earn more they tend to spend more, and this should help the British economy.

Vodafone H1 results
Tuesday: Vodafone’s latest results will be the first announced under the leadership of Nick Read, who took over from Vittorio Colao as CEO last month. Mr Colao called the firm a ‘European champion’ and his last big move was to acquire Liberty Global’s German and eastern European cable networks for €18 billion. The move still needs regulatory approval, but it if gets the green light it would add 128,000 broadband customers to Vodafone’s books. The company has undergone a transformation, which involved disposing of assets in Africa, the US and China, and it is now clearly focusing on Europe. That being said, low cost competitors in Italy and Spain have hurt operations. The stock recently fell to an eight-year low, and traders will want to see a reason to invest.

Home Depot Q3 results
Tuesday: The US home improvements giant continues to perform well in the face of a cooling US housing market. Its latest positive results confirmed that customers were ‘willing to spend’, as home improvements are often seen as an investment rather than an expense. In the latest quarter, same-store sales jumped by 8%, which comfortably topped the 6.65% rise analysts were expecting. Home Depot also issued a positive outlook in terms of full-year guidance for earnings per share and total sales, so investors will have high hopes for Q3. The company needs to stay nimble – its competitor Lowe’s revealed it will shut underperforming stores in North America in a bid to become more competitive. The sector might come under pressure from the US housing market. According to the S&P/Case-Shiller 20 city index, house prices are growing at their slowest rate in 20 months, and this could be an indication of what to expect from the sector in the medium term.

Land Securities, British Land and Workspace H1 results
Tuesday & Wednesday: Real estate investment trusts (REITs) have been in focus recently, given the uncertainty surrounding Brexit, and there has been a lot of concern generally about the future of the commercial property market. The share prices of Land Securities and British Land have been in decline since 2015. Both companies have exposure to shopping centres and retail parks, and that is weighing on their businesses. The rise of online shopping has hurt the high street, and footfall at retail centres is in decline. Online retailers have lower overheads, and in turn offer more competitive prices, with traditional retailers struggling to keep up. Some REIT’s blame Brexit for the poor stock price performance, but it appears that it’s retail which is holding them back. Workspace only invests in office space based in desirable locations, and its share price hit an all-time high in June, making it the standout performer for its sector.

China retail sales, fixed-asset investment & industrial production
Wednesday: The Chinese economy cooled greatly between 2010 and 2016, and broadly speaking we have seen a plateauing of the economy since then. It appears that economic growth of 6.7% and 7% is the new normal for China. The growth reading for the third-quarter was 6.5% –  its slowest growth reading in nearly a decade. The level of fixed-asset investment has been in steady decline for over a decade, which does not bode well for future growth. While industrial output has been stable year-to-date, it’s still well below the average levels between 2010 and 2012. Retail sales have been growing at a faster rate in recent months, but the wider downward trend is obvious. Although we are yet to see any strong evidence that the trade spat between the US and China is hurting the Chinese economy,  the fact that Beijing have introduced more pro-business policies recently suggests they are worried.

US inflation and retail sales
Wednesday & Thursday: The US economy is ticking along nicely – growth is higher, unemployment is low and demand is firm. The latest core PCE reading was 2%, unchanged on the month, and this is the Federal Reserve’s preferred measure of inflation. The most recent US jobs report showed that average earnings on a yearly basis grew by 3.1%. The rise in earnings should trickle down to an increase in spending by workers, and that in turn might lead to a higher cost of living. The Conference Board consumer confidence report jumped to an 18-year high, but actual retail sales are a far better barometer of consumer sentiment.

Eurozone GDP and CPI
Wednesday & Friday: Eurozone GDP has dipped to its lowest rate in four years. The stagnating Italian economy and new emissions tests in the car industry were cited as reasons for the slowdown in economic activity. The services and manufacturing sectors have been growing at a slower pace recently, and this has fed into the wider economy, while the headline flash inflation rate hit 2.2% –  its highest level since late 2012. The CPI rate is also above the European Central Bank’s (ECB) inflation target of 2%, as high oil prices have fed into the headline figure. The core inflation rate reached 1.1%, its joint highest level in over a year. The ECB have made it clear that it won’t be hiking interest rates until at least the back end of 2019, but a genuine increase in demand would assist the single currency. The political battle between Rome and Brussels could spark contagion across eurozone governments bonds as the region is undergoing an economic cool down, and the higher cost of living is likely to add to the country’s woes.