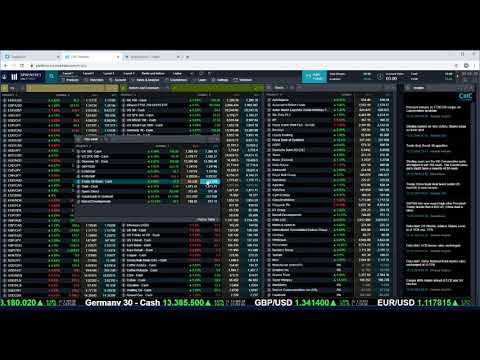 Watch our week ahead video preview, read our pick of the top stories to look out for this week (16-20 December), and view our key company earnings schedule.

Chief market analyst, Michael Hewson, looks at the historic Conservative landslide victory, the outlook for trade and a Christmas rally, as well as looking to the Bank of England bank stress tests, rate meeting and the latest UK data.

The Conservatives’ landslide election victory has seen off the populist manifesto of the Labour party and Jeremy Corbyn, and ensured that whatever happens the UK will leave the EU at the end of January 2020. Any sterling gains are likely to be limited as markets focus on the future, with the next key milestone at the end of 2020, when the transition period expires. Unsurprisingly, the FTSE 250 has surged to a record high, as the nationalisation discount which had held back a lot of the index for the past few years has finally come off.

Reports that China and the US have agreed a phase-one trade deal has sent US markets to record highs, which means that the upcoming tariffs appear to have been postponed. There has seen some reticence on the part of Chinese officials to confirm reports that President Trump has signed off on an agreement, but nonetheless it looks like the markets have got the Christmas present they wanted.

Monday: Given the recent success of singles day in November, it would be disappointing for Chinese retail sales to come up short in November. In October, we saw a sharp fall to 7.2% from 7.8%, and with recent economic data pointing to a rebound in economic activity, anything less than a solid bounce would be a huge disappointment. Industrial production is also expected to improve after dropping to 4.7% in October.

Monday: Having hit lows of 170p in July after shocking the markets with a tax demand from Belgian authorities to the tune of £605m, and expressing regret about the House of Fraser acquisition, the shares have undergone a remarkable turnaround. This is despite a gloomy outlook from management, and not publishing profit guidance for the upcoming year. Since those July lows, the shares have doubled in value and look set to close the year firmly in positive territory, despite a lack of evidence that high street retail is picking up. In November, management announced it would be embarking on a rebrand, using Fraser’s label in an attempt to move away from the Sports Direct brand which has become tainted by negative headlines over the past two years. All the bad news could now be baked in, but whether you believe that or not, the fact that Sports Direct shares are at a one-year high suggests this move may be overdone.

Monday: Pushed back from 10 December due to the election, this year’s annual stress test is set to focus on the prospects of deep recessions in the global economy, as well as the UK economy. It will also test the banks on their resilience to financial market stress, probably wise given the recent repo crisis in the US. The test will also include costs in the case of any future misconduct, and is a more severe exercise than the financial crisis in 2008. The major banks – RBS, Lloyds, HSBC, Barclays, Santander and Standard Chartered – are required to take part. The test includes a 30% drop in sterling to £0.91 against the US dollar, and a rise in the base rate to 4%.

Tuesday: When Trainline launched its IPO in June, there was concern that the price may have been a little high. It’s also one of those rare beasts as IPOs go, in that it’s profitable. Trainline made a profit of £10.5m last year, on revenue of £209m, following three years of losses. The company, which recently joined the FTSE 250, raised its full-year guidance in its Q2 numbers, saying it expected revenue to rise by 20% this year. This was after first-half revenue came in at £129m, an increase of 29%. That improvement was largely driven by the UK consumer business, but the second-half performance is not expected to match the first six months. Full-year revenue, nonetheless, is still expected to come in at £260m.

Tuesday & Wednesday: The latest earnings and inflation data are expected to provide more good news for consumers. Headline inflation is anticipated to fall further, from 1.7% to 1.5%, in November, while wages are expected to remain solid at 3.6% for the three months to October. Lower oil prices from a year ago are expected to keep headline CPI subdued, and while unemployment is showing little sign of picking up, there are concerns it may be about to turn. This could stem from caution ahead of the last Brexit extension date at the end of October.

Thursday: UK consumer spending in November may have picked up as we head towards Christmas, especially as Amazon tends to start its Prime deals in the middle of the month. Furthermore, both September and October readings were disappointing, suggesting there is capacity for a rebound. Other retail sales reports appear to suggest online orders have remained resilient, even if high-street footfall has continued to be challenging, with recent wet weather not helping.

Thursday: Currently trading near all-time highs, Nike’s share price doesn’t appear to have been hit by concerns about finding itself in the firing line of the US-China trade war. In Q1, the company reported a 25% jump in profit, driven by strong revenue growth of 7% to $10.7bn. Sales rose in all regions, including a 27% rise in Greater China. With the US consumer also buoyant, sales there rose 4%, though management did warn that the ongoing trade dispute was expected to hit its results between Q2 and Q4. Its recent acquisition of analytics platform Celect is also expected to enhance the company’s ability to optimise its inventory across multiple channels. Expectations are for profit to come in at $0.57 a share

Thursday: No changes are expected, as the UK economy continues to look on the soft side. Some policymakers have shifted focus in calling for a cut in rates, with the Bank of England the only major central bank not to have eased monetary policy this year. Both Michael Saunders and Jonathan Haskell pushed for a rate-cut in November. At the last inflation report, the Bank cited concerns about global growth and trade, as well as the potential impact of any new Brexit deal. Of course, the central bank’s assumptions could be all for nought if the new UK government can engineer a rebound in investment spending, with a fiscal boost in the new year. Inflation is still subdued at 1.7%, with wages rising at almost double that, which means the deflationary threat appears muted.

Friday: The final Q3 GDP number is expected to be confirmed at 0.3%, though it could come in higher, given that the end of the quarter was slightly stronger than the beginning.