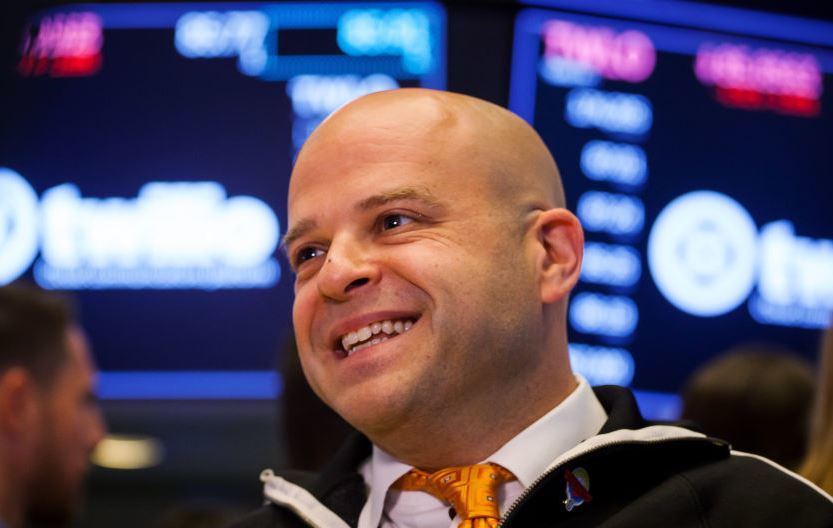 In a pattern similar to 2016, stock markets in the US began election week with a strong rebound having come off the back of a slew of declines, from their October peaks.

The move higher was driven predominantly by much better than expected US economic data from the manufacturing sector, which saw decent numbers for total orders, employment as well as prices paid on the ISM.

The big question now is we come into the final day, is whether the outcome markets fear the most turns out to be the case.

While Democrat challenger Joe Biden has a clear poll lead, and a narrow poll lead in key swing states, the main concern is around an uncertain or contentious outcome, which results in there being no clear result this week. Another potential uncertainty for markets would be the Republicans hanging onto the Senate in what would allow them to block some of the more contentious parts of the Democrats' plans for the US economy.

The ideal scenario would be a clear-cut outcome, which given the polling trends, markets are starting price in, or a so called “blue wave” where the Democrats win the Senate, as well as the Presidency.

This outcome would signal the extent of any upcoming fiscal stimulus that is likely to be forthcoming, with a blue wave signalling a potential waterfall of fiscal measures and investment in the first half of next year, though tech stocks might face a headwind in terms of tighter regulation and higher corporate taxes.

A Trump victory would not only be the most unexpected outcome but it would also give a bloody nose to all those pollsters who have consistently predicted a Biden victory, with the only uncertainty being around how much the degree of victory will be.

Markets in Asia also enjoyed a positive session as markets start to price in the prospect of a Biden win, and a possible blue wave. In Australia the RBA also eased policy further cutting rates to 0.1%, while also saying that rates are likely to remain low for the next three years. The central bank also committed to buying A$100bn of government bonds with maturities of between 5 and 10 years over the next six months.

The reaction in the Australian dollar has been relatively subdued, probably due to the fact the central bank is reluctant to cut rates much further, due to scepticism over the efficacy of negative rates.

European stocks, having seen a positive start to the week, have picked up where they left off yesterday, opening higher as they take their lead from the strong finish in the US, as well as positive Asia session.

Amongst some of the early gainers have been housing stocks this week with Barratt Developments and Taylor Wimpey building on their gains from yesterday as one of the few sectors that have avoided this month’s shutdowns.

Crest Nicholson also reported that they expected their full year numbers to come in ahead of expectations of £37.9m, at the upper end of expectations of £35m to £45m, with forward sales looking solid. The company also reinstated its dividend on a 2.5 times cover basis, showing that for all the problems facing the UK economy the house building sector is doing quite well.

On the earnings front German pharmaceutical giant Bayer this morning set aside another $750m, to its Roundup cost projections, bringing the total up to $2bn, as it posted a Q3 net loss of €2.74bn.

The company also reported that there is no clear pathway to settling all of the outstanding claims at this moment in time.

Yesterday Primark owner Associated British Foods said that they expect to see a sales loss of £375m as a result of the new restrictions announced over the weekend. With no on-line sales presence for their Primark brand this month’s shutdown will hurt that business more than most even if they do add higher sales from their food division, which includes flour, bread, tea and sugar.

Despite this the shares finished the day higher yesterday with today’s full year numbers showing that the company has managed to claw back some of the business lost as a result of the first lockdown during March and April.

Full year revenue came in at £13.9bn a decline of 12%, and slightly below expectations, while adjusted operating profits fell back to just over £1bn, a fall of 31%. Broken down into their respective segments the retail division accounted for the biggest hit, as profits fell from £969m to £362m. On the plus side grocery and sugar saw big increases in profits, with grocery seeing an increase to £437m from £381m, while the sugar business saw profits rise to £100m from £30m. Both divisions also saw a decent increase in margin, which helped boost the top line.

On another optimistic note for next year, management said they expect Primark full year sales and profits to be higher for next year, though this will be contingent on there being no further lockdowns.

French bank Banque Paribas followed this quarter’s trend of better than expected Q3 numbers from the banking sector today by reporting net income of €1.89bn, driven by outperformance in its investment banking division, which saw trading revenue rise 36% to €1.25bn. The bank also set aside €1.24bn in respect of non-performing loans.

Budget airline Wizz Air reported its latest traffic stats for October which showed that the airline carried 1.1m passengers during the month, a decline of 69.1% from a year ago. Despite the low load factors, the airline, in contrast to its peers, has continued to expand its presence across Europe, adding a new base in Oslo and Trondheim in Norway, as well as one in Italy at Bari airport.

Oil and gas and mining engineering company Weir Group has reported that total orders in Q3 fell 11% year on year, an altogether not unsurprising outcome given the challenges facing the oil and gas sector at the moment. Management also confirmed the sale of the oil and gas division for $405m to Caterpillar, which was announced in early October, and which should complete by the end of the year.

The US dollar is the worst performer today as capital flows out of the haven trades and back into equity markets.

US markets look set to continue where they left off with another positive open, however given the political noise coming out of the US, we can expect the next 24 hours to be a rollercoaster of volatility as results from the various states start to hit the tape.

AMC Entertainment, owner of the IMAX and Odeon chain of cinemas, saw their shares drop another 8% yesterday ahead of their latest Q3 numbers which saw them post a $900m loss. Revenues came in at $119.5m, down over 90% from the $1.32bn, but above estimates of $84m. During the session the company said it was looking to sell 20m class A shares to raise $47.7m, as it struggles to stay solvent over the winter period.

Paypal shares are also likely to be in focus after the company warned on future revenues, cutting its full year outlook on concerns over the growth in new accounts. 15.2m new accounts were added in Q3, well below the 21.3m added in Q2. Full year revenue is expected to see a rise of 21% to 22%, down slightly from three months ago, but still fairly decent, suggesting that the sharp fall in after-hours trading is a little bit of an overreaction.