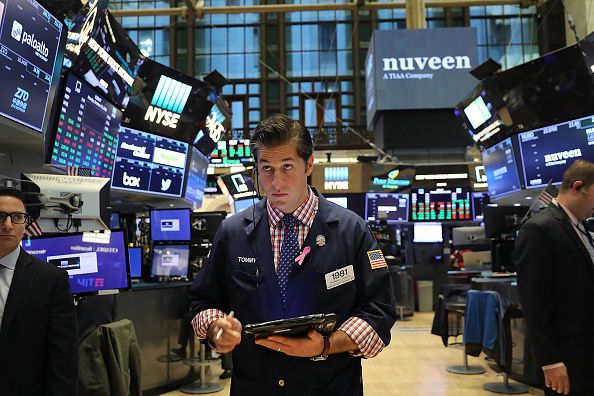 25-6-2020 10:03:44European equity markets are firmly in positive territory as the trading session draws to an end.

Dealers are optimistic about the easing up of lockdown restrictions, and that has encouraged buying. In recent weeks, a number of countries have taken tiny measures to reopen certain aspects of their economies, and that has spurred speculation about other nations following suit. Overnight, the Bank of Japan made it clear they are likely to throw more money at the problem as the central bank removed the limit on its Japanese Government Bond purchases, and it is poised to buy more corporate bonds and commercial paper. This week we will hear from the Fed and the ECB, so traders will be wondering if the central banks will also reveal plans to stimulate their respective economies.

Ashtead is one of the best performers on the FTSE 100 following an upbeat Covid-19 update. The group has encountered some issues in relation to the lockdowns, but its businesses are mostly carrying on as normal. Its Sunbelt Rentals subsidiary – an equipment hire firm - is deemed to be an essential service, as first responders are using their equipment. These days, not many firms are in a position where it’s mostly business as usual, so in that regard, they are standing out from the crowd. The group predicts that full-year profit before tax will be over £1 billion. Ashtead are to limit their outgoings, so they have cut their capital expenditure budget, introduced a hiring freeze, paused the share buyback scheme, and mergers and acquisitions have been suspended.

Traders are hopeful the German government will give some much needed financial assistance to Lufthansa, hence why the stock is higher today. Peter Altmaier, the German Economy Minister, essentially said that he wants ‘important companies’ to remain competitive after the crisis, and dealers took that as a sign the German authorities would provide the major airline with assistance. Germany would find it much harder to bounce back from the health emergency if Lufthansa were to go out of business.

Sticking with the topic of airlines, the Norwegian government has offered Norwegian Air Shuttle a NOK2.7 billion rescue package. The deal would include a fresh equity raise of NOK400 million, as well as a big debt for equity swap. Should the move go ahead, it would leave the existing shareholders with a 5.2% stake in the airline. The terms are harsh, but without the funds, the company faces bankruptcy, the stock in down 4%. Lufthansa shareholders might be faced with a difficult bailout package in the weeks ahead.

Deutsche Bank shares are higher this afternoon as the bank posted earnings that were better than expected, but the bank’s balance sheet is a little weaker. The beleaguered finance house revealed a pre-tax profit of €206 million, while equity analysts were anticipating a loss of €269 million. A credit provision for bad debts of €500 million was announced – this echoed this view of other banks – they are bracing themselves for loan defaults on account of the health crisis. The CET1 ratio is a closely watched metric for balance sheet strength, and it now stands at 12.8%, down from 13.6% at the end of the last quarter. The firm cautioned that it is ‘unlikely’ to achieve its leverage target ratio of 4.5%. Germany and the eurozone are likely to suffer more economic pain in the months ahead, so a weakened balance sheet is far from ideal for Deutsche Bank.

Redrow are gearing up for a return to work. The house builder said it will mobilise sites from 11 May, and phased construction will commence from 18 May. Last week we heard similar updates from Taylor Wimpey, Vistry, and Persimmon – but they are recommencing work sooner.

Greggs revealed plans to reopen 20 stores from 4 May for at least two weeks in a ‘controlled trial’.

InterContinental Hotels has tapped into £600 million worth of funds from the Covid Corporate Finance Facility. The company is suffering greatly as a result of the pandemic – roughly 50% of its hotels in Europe, the Middle East, Africa and Asia are closed, while occupancy rates at the hotels that are open are in the 20-25% range.

BP announced that it will proceed with the sale of its Alaskan assets to Hilcorp for $5.6 billion. The consideration will remain the same, but there will be adjustments made to the structure and the phasing of the consideration. New cash flow sharing arrangements were agreed upon and there will be lower completion payments in 2020. In light of the tumble in the oil market, a rejigging of the original deal isn’t a surprise.

The Dow Jones and the S&P 500 are both showing modest gains as some US states have relaxed their lockdown restrictions. Andrew Cuomo, the governor of New York, said the reopening process, will be done in phases, and that is playing into the positive move too. These days, any signs of lockdowns being eased up, are viewed as very positive signals by traders, as they know the unwinding of the lockdowns will have to be done slowly.

It was reported that Tesla have asked dozens of workers to return to its plant in Fremont, California. If the company is planning on restarting work, it can only carry out ‘minimum basic operations’ until the end of the day on 3 May, according to local health orders.

Caterpillar have been downgraded to ‘underweight’ from ‘equal-weight’ by Morgan Stanley. The finance house believes a multi-year downturn in the non-residential construction sector would hurt the heavy-machinery manufacturer. The pandemic is likely to have a very negative impact on the construction and mining sectors - industries that Caterpillar are heavily dependent on. We have already seen sizeable declines in metal prices in the past couple of months, so mining firms are likely to curtail expenditure in the short-to-medium term. Caterpillar will post their latest quarterly figures tomorrow, and dealers will be paying attention to the guidance.

Boeing will not purchase an 80% stake in Embraer’s commercial jet business, the deal was worth $4.2 billion. Boeing claim that both sides could not agree on the final terms of the proposed transaction, while Embraer are claiming that it was a breach a contract. In light of all the issues faced by Boeing in the last couple of years, some cynical traders might feel they were looking for an excuse to get out of the deal. Embraer have filled for arbitration.

The CMC AUD index is up 0.85% today as Australia loosens some of their lockdown restrictions. The Australian dollar has been gaining ground recently as the country hasn’t been hit too hard by the pandemic, which has brought about an easing of the restrictions. In addition to that, in the past few weeks there has been a recovery in the metals market, and that has lifted the currency too.

The pound has also enjoyed gains today even though the UK remains on lockdown for now. Prime Minister Johnson is fearful of unwinding the restrictions too soon for fear of a second outbreak of Covid-19, but at the same time traders are cautiously optimistic some sort of announcement in relation to an easing of the restrictions will be made in the next few days.

EUR/USD is higher on the session, but that is only because of a broad sell off in the US dollar. While the EU can’t agree on a region wide stimulus package, the single currency will probably continue to plod along.

The oil market is under pressure as traders are worried about storage issues in the US. The energy had a good run in the latter half of last week due to US-Iran tensions, but storage woes are back at the forefront of traders’ minds. Dealers are worried that storage at Cushing, Oklahoma is running out, hence the aggressive move lower in WTI.

Gold is in the red as traders are in risk-on mode. Dealers are dropping the asset that is usually considered to be a safe-haven in order to pour their funds into stocks. The hope that is surrounding the easing of lockdowns has prompted traders to trim their positions in gold, but the metal is still holding above the $1,700 mark.