Article 50-50 chance after court ruling and appeal. US to open higher 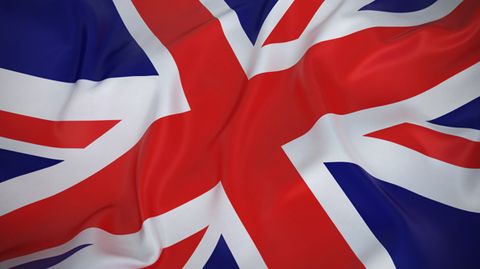 Pincered between two central bank meetings and stricken with US election and Brexit uncertainty, stocks across Europe were mixed on Thursday.

The FTSE 100 has fallen, giving up early gains thanks to a rally in the British pound after the government lost its high court ruling to trigger article 50. The effect of a stronger pound has offset a rebound in oil prices lifting the energy sector and expectations-beating bank earnings in Europe giving a positive read-across to financials.

The government will appeal the decision so it’s not game-over yet. But it’s another reason to be near-term positive on Sterling, which will weigh on prospects for the UK’s international-leaning stock market. Were the government to be overruled in its appeal, there is a real prospect that Brexit can be overturned. Losing the legal challenge leaves Britain with the prospect of its own government voting against the will of the people. This will not sit well with the majority of the British public who voted for Britain to leave the EU. The only result of this decision being confirmed can be a general election whereby the British public can be given another opportunity to exercise their democratic rights.

The Federal Reserve November meeting was the pseudo-event it always promised to be. The statement said the case is improving for the next hike but the FOMC is waiting for further evidence the economy is reaching its targets.

Attention now will switch to the Bank of England and Super Thursday. No change in policy is likely thanks to the resilience of the UK economy so given that forecasts are only made once per quarter, they will be the main driver of market direction. The forecasts will be that much harder to make given the state of political uncertainty presented by the government’s high court loss.

Data over the past two months has shown rising input costs and higher inflation seems likely, though this has already been factored to some extent into the BOE’s June forecasts. The change in market conditions, notably the collapse in the pound and gilts could warrant a higher revision. Since the Bank has a history of overlooking inflation, its readjustment of its growth forecasts will be the one to watch. A less dovish outlook involving higher growth should be Sterling-supportive.

Good-looking results today from ING, SocGen and Credit Suisse is garnering further interest in the banking sector, where higher bond yields already bode well for future lending margins. Shares of Royal Bank of Scotland and Barclays were higher in a positive read-across. The signs of recovery in European bank earnings saw RBS eyeing its first daily gain, having fallen for four days since reporting its own earnings.

Stocks in the US look set for a positive open on Thursday, including a modest one-point gain for the S&P 500 and were it to finish that way, it would end a seven-day losing streak. The gains come despite some heavy losses for Facebook shares which could open as much as 8% lower after the firm issued a warning on future revenue growth.

CMC Markets is an execution only provider. The material (whether or not it states any opinions) is for general information purposes only, and does not take into account your personal circumstances or objectives. Nothing in this material is (or should be considered to be) financial, investment or other advice on which reliance should be placed. No opinion given in the material constitutes a recommendation by CMC Markets or the author that any particular investment, security, transaction or investment strategy is suitable for any specific person.

Ahead of OPEC+ meeting, energy shares led a surge on the ASX 200 for its first day of trading in 2022.