All eyes on BoE, Europe set for softer start 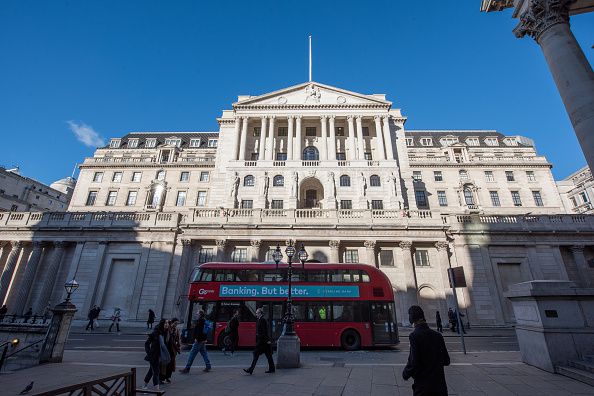 Equities in Europe and the US pushed higher yesterday, with bullish sentiment circulating even though the US stimulus package has yet to be agreed.

Talks between Republicans and Democrats are still ongoing, and dealers are cautiously optimistic that a deal will be reached. The timing of these political showdowns can be difficult to predict, but there is a general feeling that a compromise will be achieved in the end. Politicians across the divide have made some concessions, and that points to progress being made.

The US ADP employment report took traders by surprise on two counts yesterday. First the figure was miles below forecasts, and second there was an enormous revision to the previous report. 167,000 jobs were added last month, and that was nowhere near the 1.5 million reading that economists were expecting. The report was met with shock, but then it was revealed the June figure was revised from 2.36 million to 4.31 million – which was shocking too. Between the two months, 4.47 million jobs were created, so that was the message that traders took away. Last month, several states in the US began to pause the reopening of their economies, or in some cases certain restrictions were re-introduced. The rate at which new jobs are created is likely to taper off from here.

The Bank of England (BoE) interest rate decision at 7am (UK time) will be in focus. Rates are tipped to be kept at the record low of 0.1% and the asset purchase facility is expected to remain at £745 billion. All nine members of the MPC are expected to vote in favour of keeping rates on hold. In March, the BoE announced £200 billion of extra quantitative easing (QE), and in June, an additional £100 billion worth of QE was revealed. That caught some traders off guard as there was speculation that QE would be upped by £150-£200 billion. At the last BoE meeting, Andy Haldane voted against the extra £100 billion of QE. Last month, Mr Haldane claimed the rebound has recouped half of the ground that was lost in March and April. The BoE is probably in wait-and-see mode, as they have done the heavy lifting in the past few months, so now it is time to observe how things play out. Andrew Bailey, the head of the BoE, will be speaking at 12.30pm (UK time). It is likely that Mr Bailey will say the BoE will monitor the situation, and they will do what it takes to support the economy. Any chatter of tightening or even loosening policy would be surprise.

Traders will be keeping an eye the BoE’s projections as there is a belief the contraction caused by the pandemic won’t be as severe as initially predicted. The Bank also said it expects the UK economy to be back at pre-pandemic levels in the second half of 2021. In light of localised lockdowns at home and abroad, as well as concerns about what will happen the labour market when the furlough scheme ends in late October, there are worries the recovery will be slower than expected.

Equity markets in Asia are in the red as concerns about the strained US-China relationship are weighing on sentiment. European indices are called a little lower.

The services PMI reports from Spain, Italy, France, Germany and the UK all showed growth between June and July, and so it is clear that Europe continues to rebound. The French reading of 57.3 was the most impressive of the bunch as it grew at its quickest pace for 16 months. The update from Italy was the weakest of the group as it came in at 51.6.

The services data from the US was well received too. The ISM services PMI for July was revised up to 50.0, from the preliminary reading of 49.6. The ISM non-manufacturing update came in at 58.1, and that was the fastest rate of expansion since February 2019. The internals of the ISM update were mixed as the employment and prices paid metrics declined, while the new orders reading jumped.

The US dollar index tumbled yesterday as its wider downtrend resumed. The greenback has been pushing lower since May and if the bearish trend continues it could take out the lows of last week – which was its lowest level for over two years. The severe pressure that has been applied to US government bonds suggests that traders feel there will be further easing from the US.

Precious metals, gold and silver, benefited from the slide in the dollar. Gold set yet another record high, while silver hit a new seven-year high. The commodities have also been helped by the compression of government bond yields – the fact that some yields are negative has boosted demand.

Oil hit its highest level since early March, when it tumbled on the back of the failed OPEC+ meeting where Saudi Arabia and Russia sparked a brief price war. The push higher in the energy market was driven by inventory reports. On Tuesday, the API announced that US stockpiles dropped by 8.6 million barrels, while the consensus estimate was for a decline of 3 million barrels. Yesterday, the EIA report showed that US oil stockpiles dropped by 7.3 million barrels, while traders were anticipating a decline of 3 million barrels. The EIA announcement also showed that gasoline inventories unexpectedly increased by 419,000 barrels – that prompted a little profit taking on WTI and Brent crude.

The UK construction PMI reading for July is expected to be 57, and that would be an increase from the 55.3 posted in June. The reading will be revealed at 9.30am (UK time).

The US jobless claims reading is expected to dip from 1.43 million to 1.4 million. The continuing claims update is anticipated to be 16.72 million, and that would be a fall from the 17.01 million in the previous reading.

CMC Markets is an order execution-only service. The material (whether or not it states any opinions) is for general information purposes only, and does not take into account your personal circumstances or objectives. Nothing in this material is (or should be considered to be) financial, investment or other advice on which reliance should be placed. No opinion given in the material constitutes a recommendation by CMC Markets or the author that any particular investment, security, transaction or investment strategy is suitable for any specific person. The material has not been prepared in accordance with legal requirements designed to promote the independence of investment research. Although we are not specifically prevented from dealing before providing this material, we do not seek to take advantage of the material prior to its dissemination.