Get our newsletter
Profile

It may have already started,” renowned investor Jim Rogers said, while contemplating an impending market downturn. “It starts when people aren’t looking and it snowballs and builds up, and then, after a year or two, it's on the evening news.”

Although it wasn’t known at the time these predictions, spoken from his home in Singapore in January, would prove to be prophetic. The markets had been enjoying a record-breaking bull run for eleven years,  but by March there was a sea of red across the screens of investors and traders.

The coronavirus pandemic sent markets in the US, Europe and Asia spiralling at speeds not seen since 2008.

But a shock like this isn’t anything new to Rogers. The stock market crash of 1987 happened on his birthday, after all.

Luckily for him, he had predicted a collapse was imminent, taking out short positions at the time. However, there was no way for him to know it would be so severe.  It was “the best birthday” he ever had.

For the past few years, Rogers has been saying that the next time such a bear market occurs,  the levels of debt are going to make for a very, very bad situation.

“In 2008, we had problems in the economy and in the markets because of too much debt. Since then, debt has skyrocketed all over the world,” he says. “What surprises me is that people don’t understand that, but to me, it’s very, very simple.”

At the time Opto went to press, many were warning of a global recession. Indeed, in an effort to temper a global economic collapse, central banks and governments had been spending and printing copious amounts of money.

While the potential impact of this turn of events may be alarming to some, Rogers remains calm. He is, after all, an expert at navigating market conditions like these.  The key, he says, is not to listen to other people.

“In the 1930s, which is the most famous [economic downturn] in the past 100 years or so, a lot of people came out of that rich and built huge fortunes. But they were people who knew what they were doing and didn’t do other things, they just stayed with what they knew and became very successful,” Rogers says.

“What you really need to do when this bear market comes, is stay with what you know.”

“What you really need to do when this bear market comes, is stay with what you know” 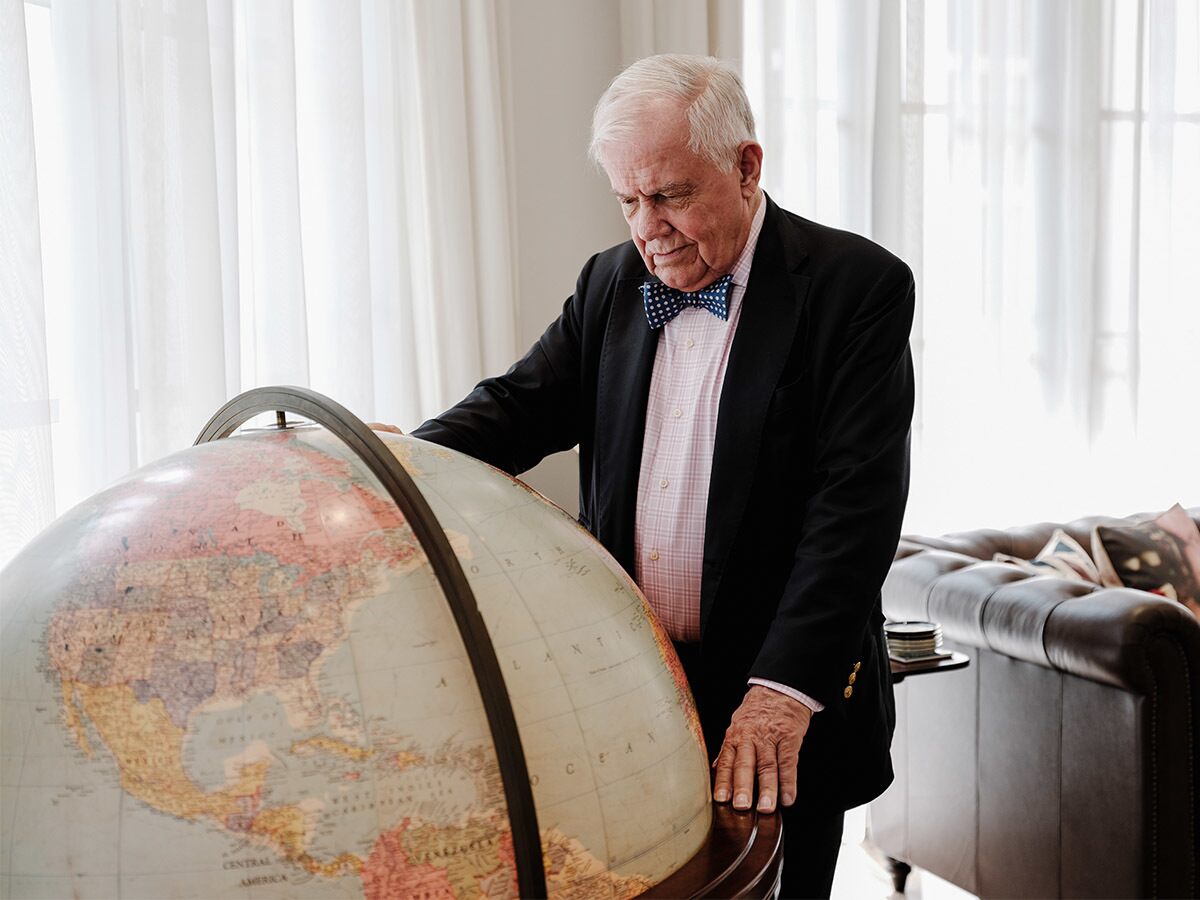 Raised in Alabama, Rogers got his first job on Wall Street at Dominick & Dominick in 1964. By the age of 24, he had acquired degrees in business, philosophy, politics and economics.

In 1970, Rogers joined investment bank Arnhold and S Bleichroeder — now owned by Blackstone and Corsair Capital — where he met investor George Soros, with whom he co-founded Soros Fund Management.

“It was the two of us against the world,” Soros wrote in his autobiography Soros on Soros: Staying Ahead of the Curve in 1995. In the 1970s, The two investors later founded one of the few successful hedge funds of the time — the Quantum Fund.

They started the fund with the postulate that the markets are always wrong, and stunned Wall Street by returning a massive 4,200% over the next decade.

But Rogers’ passion was bigger than Wall Street. “It may sound a little nuts, it probably did to people at the time — I guess it still does to some.

But all my life I just wanted to have more than one life.” And so he did. In 1980, aged just 38, Rogers retired to see the world. After leaving Wall Street,  he occupied his time by circumnavigating the globe — twice.

In the first instance, Rogers did so on a BMW R100RT motorcycle. For his second adventure, he chose to tour the world in a custom-built yellow Mercedes convertible with his wife Paige Parker.

These adventures have been documented in some of his books including Investment Biker, Around the World with Jim Rogers, and more recently Street Smarts. 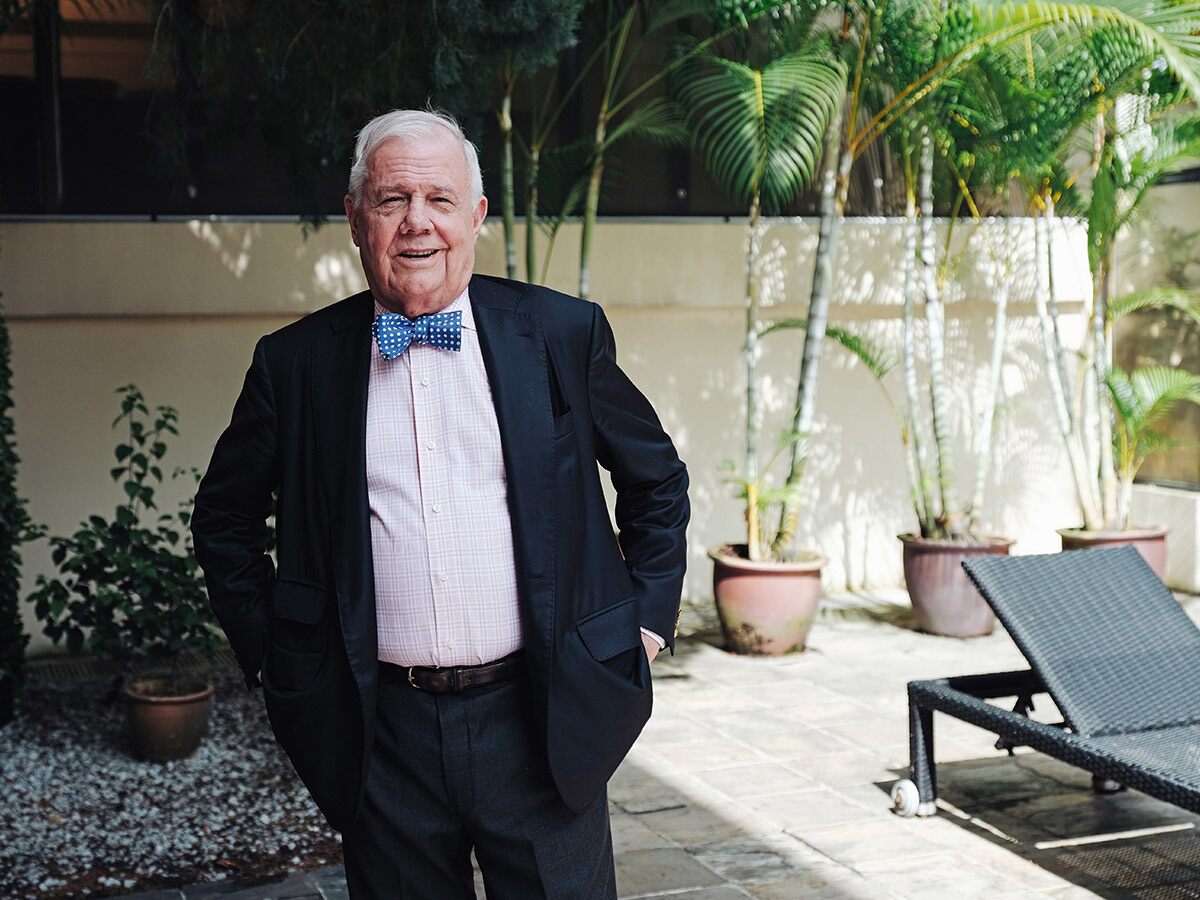 These journeys helped Rogers to further expand his grasp on how the world works, making his investment insights highly sought after, despite his retirement.

“If you can find things like that, where there’s positive change taking place, you're probably going to have success.” While he describes himself as “the world’s worst market timer”, Rogers has been known to be a good judge at spotting shifts in the market.

“If you can find things like that, where there’s positive change taking place, you're probably going to have success”

In 2013, he unexpectedly turned bullish on Russia, which he called “one of the most hated stock markets in the world over the last few years”.

He did so after beginning to see signs that “an attitude was changing to be more receptive to foreigners, to welcome them and help them invest”.

Since the end of 2013 to the end of last year, Moscow’s main index has climbed around 140% and was among Europe’s top-performing stock markets in 2019.

Investing in depressed markets like Russia, which has low debt and a swathe of natural resources, is part of a well-oiled approach that Rogers has developed throughout his career.

As such, an investment opportunity that fits his approach to markets would be a depressed asset with consistent long-term underperformance and a low valuation that’s beginning to take on less debt.

“When I was a professor [of finance at Columbia University], I explained to the students that they had to understand the numbers if they were going to start making investments,” he notes.

A key part of his process in identifying a worthwhile investment is to first understand the “long-term picture”. As part of his approach to fundamental analysis, Rogers would study as many companies related to his desired investment as possible to get a better grasp of the overall industry.

“I would start by getting the idea — wherever the idea came from. Then I’d do a bit more reading to see what has happened. The very next thing is the spreadsheet, going back as many years as possible into a particular company, or industry,” he says, adding that he also analyses insiders’ buying or selling of shares.

“Then if I was still interested and thought things were happening, I would get on a plane and go visit the people [directly involved in the company] to get a better understanding,  especially when I had less experience. That  was very necessary.”

However, like any legendary investor, Rogers has made mistakes. “The first one that springs to mind is in 1980. I shorted oil on a Friday and it was on the weekend that Iran and Iraq went to war, so needless to say oil didn’t go down, it skyrocketed.

Furthermore, every mistake he’s made, according to Rogers, is because he didn’t do enough research.  “I wish I could blame my losses and my mistakes on bad luck, but somebody knew they were going go to war — you don't just mobilise two countries’ armies without some preparation.” 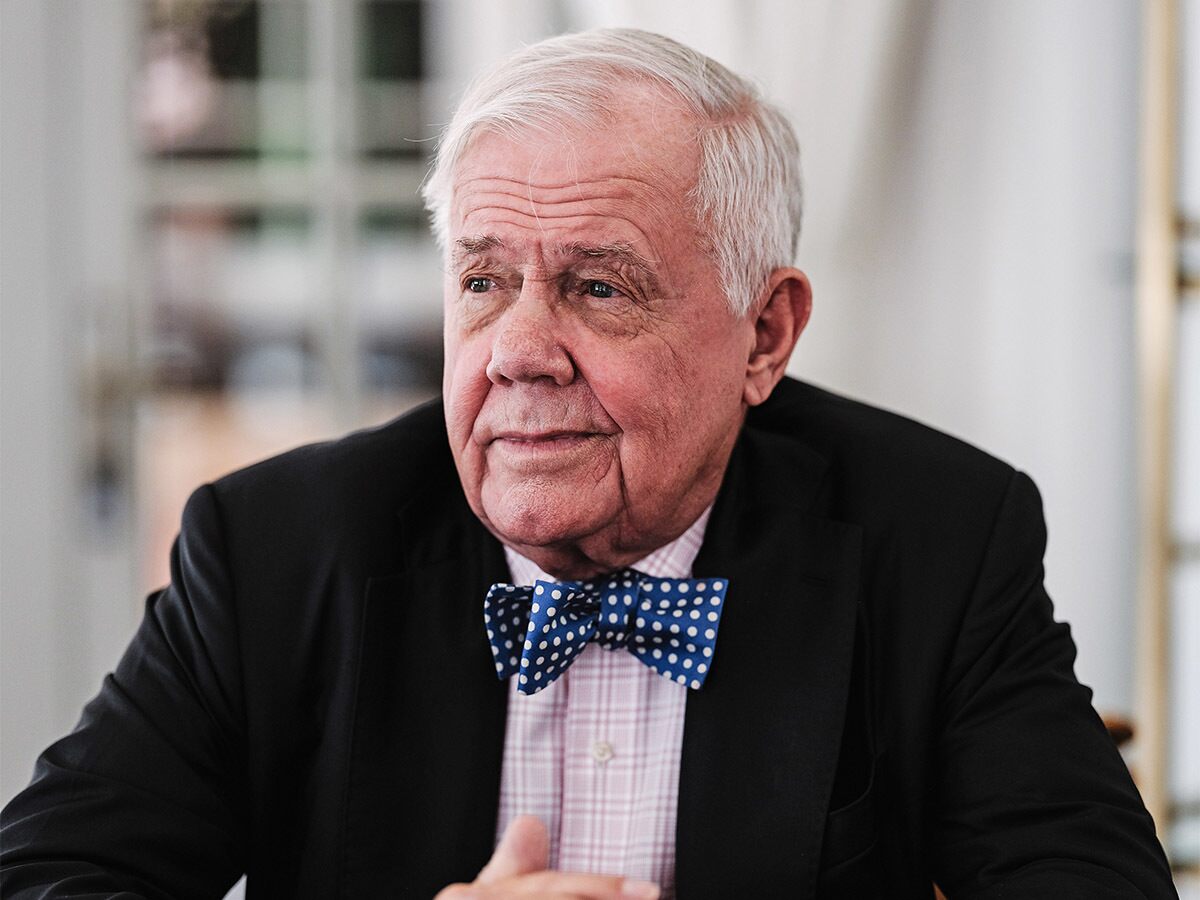 Rogers’ understanding of global markets and economies has also led him down some unexpected avenues.

For instance, he recently published a book exclusively in Japan, the title of which roughly translates to A warning to Japan.

This occurred after Japanese publishing company Kodansha interviewed Rogers in  2018 on how he believes the country is facing a fundamental, long-term crisis — from an aging population to fiscal failure.

His outlook on the rise of passive investing is also cause for concern. “[Exchange-traded funds] are wonderful because they’re easy,  and for lazy people like me they’re great, [but] they’re going to wind up being part of the next disaster,” he says.

“[Exchange-traded funds] are wonderful because they’re easy,  and for lazy people like me they’re great, [but] they’re going to wind up being part of the next disaster”

“Many studies have shown that if you invest in the averages you’re going to do better than most investors. Now, it’s getting overblown. Just like everything else in the investment world gets overblown, once it’s successful it gets overblown.

“The next time we have a big bear market, since everybody owns ETFs that’s what they’re going to sell and so the stocks and ETFs are going to be the ones that get beaten down the most.”

Three months after Rogers told Opto this,  the European ETF market collapsed. According to data by Morningstar, ETFs across the eurozone saw record outflows of €21.9bn in March. In the US, large-cap equity ETFs suffered €5.4bn of net outflows, while emerging market equity ETFs notched €3.6bn.

For Rogers, he sees China as a safer bet than an ETF tracker, and would rather invest there than most places.

“I started buying stocks in China in 1999 — never sold them.” Indeed, he’s long suggested that “the future is in Asia”, going as far as to move his whole family to Singapore to ensure his children have the best start in life.

Rogers’ understanding of how the world works is what makes him one of the most influential market commentators today. What’s his top market prediction for the year ahead? “However this collapse works out, if you’re buying, you’re going to make a lot of money.”

Fund gazing: the galaxy of ETFs to choose from

Putting all your eggs in one basket can be a risky move for investors. ETFs are a cheaper and faster way to diversify and simplify investments by putting your money in several stocks and other securities at once.

Will an earnings beat send Nike’s share price to a new record high?

How Grubhub, Just Eat and Uber’s share prices performed amid a mega-merger

Food delivery stocks are facing both booming demand and fierce competition in the current market. How is this impacting the share price performance of Grubhub, Just Eat and Uber?

During the COVID-19 pandemic, many stocks have gone to pot, except for pot itself, that is. What has driven the surge in Aurora, Canopy Growth and Tilray’s share prices?