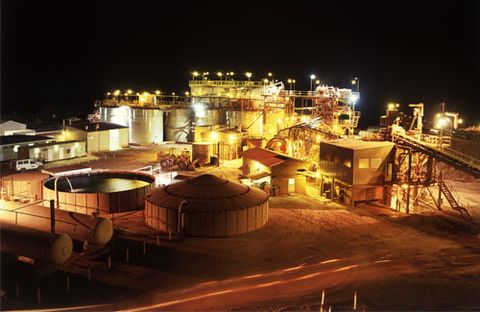 The travel sector which had been hit hardest yesterday is also bouncing back with Air France-KLM up slightly and Carnival Cruise Lines up 2%. The most lasting impact appears to be on GBP which is down again today although slightly against USD and EUR. Unlike other affected markets, Sterling has not been able to climb back up off the mat after taking it on the chin yesterday. Traders speculated terrorism and turmoil in Europe could make EU membership less attractive to Britons and boost the Leave campaign in the upcoming Brexit referendum. Declines have weakened this morning suggesting Brexit risk may be getting fully priced in again.

This morning finds USD picking up again as Fed speakers continue to backtrack from the dovishness implied in last week’s statement and member projections. Yesterday, Chicago Fed president Evans, one of the more dovish FOMC members, talked up the US economy indicating that the central bank wants to dampen economic concerns and crude recession talk even though it slowed its interest rate normalization plans. US has continued to rebound overnight after Philadelphia Fed President Harker, a non-voter this year, indicated he favours more than 2 hikes this year and sees every meeting as live for a potential move. He joins a chorus of FOMC members including Chair Yellen who have suggested April as a live meeting for a decision as the Fed tries to regain lost credibility, although June still looks more likely to me. The big question on timing is whether the Fed wants to get in two hikes before the election or not.

Today, St. Louis Fed President Bullard is speaking. Earlier this year he had switched from the hawkish to the dovish camp raising concerns about deflation but with crude oil on the rise again, his comments could be a good barometer of current Fed thinking.

Speaking of oil, crude has been falling overnight on a larger 8.8 mmbbl increase in API inventories. WTI has been on the rebound this morning and could be active through the DOE inventory reports due at 10:30 am EDT with a 2.5 mmbbl increase also expected.

I’ve long said that government budgets don’t really have an impact on trading and the Canadian Dollar appears to be treating yesterday’s budget as a non-event as well, with the Loonie basically tracking WTI down and then back up overnight.

That being said, the budget could have longer term implications for the currency. The government plans to ramp up spending over the next few years with a focus on infrastructure, native affairs and a big restructuring of family and middle class taxes and benefits.  Canada has been running lower federal deficits than its developed country peers for years and has built in significant financial flexibility. At the same time, the oil price crash has severely impacted the economy creating a need for stimulus to help with the transition back to a more balanced economy.

This cycle, many countries have left it to the monetary side to do the heavy lifting on stimulus leading to a growing dependence on unconventional and emergency measures like quantitative easing, and negative interest rates. The Bank of Canada has done none of these leaving it up to the falling loonie to help with the rebalancing. The federal government stepping up to support the economy from the fiscal side in times of trouble can be seen as a positive for now as long as things don’t get out of control and debt or deficit to GDP ratios remain reasonable relative to other countries. Should higher spending become a habit or ramp up from here, however, the deficit could become a drag on the dollar as it was in the past.

There have been no major corporate announcements in North America this morning.

US Primary and Caucus results:

Overall Trump and Clinton continue to increase their leads. Next big primary Wisconsin on April 5th