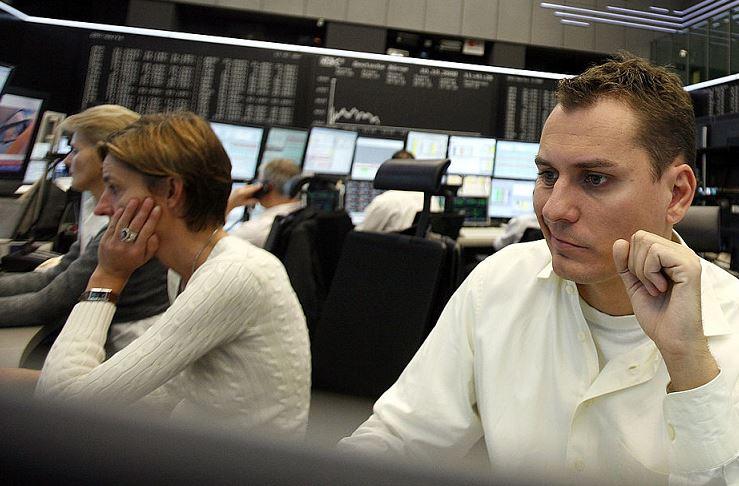 Yesterday was like a flashback to the madness that was seen in markets in February and March as fears about a possible second wave of Covid-19 prompted intense selling.

The sharp declines that were registered yesterday must be put in context with the major gains that have been racked up in recent weeks.

Lately governments have been taking steps to ease up on the lockdown restrictions and that was a major reason for the bullish run in equities. As economies slowly reopened, there was an uptick in economic activity. Broadly speaking, the manufacturing and services reports from countries around the globe saw a decent rebound from April to May, so the further reopening of economies gave traders hope that things would continue to improve.

Reports from Texas and California, and a number of other US states, showed the recent loosening of restrictions has led to a jump in the number of new Covid-19 cases, which sparked a brutal round of selling yesterday.

It wasn’t that long ago the big name equity benchmarks in Europe were at their highest levels since March, while the Dow Jones and the S&P 500 hit levels last seen in February. It was only a couple of days ago the NASDAQ 100 set a record high. The fact that equities were coming from a lofty point made the bearish move all the more painful. The FTSE dropped by nearly 4% while the DAX and CAC both lost in excess of 4%. The losses incurred in the US were even greater as the Dow Jones fell by 6.9% while the S&P 500 declined by 5.89%. US Treasury Secretary, Steve Mnuchin, said shutting down the economy again is not an option.

There is an argument to be made that equities were due a decent correction in light of the gains made in the past three months. On the other hand, economies can’t stay locked down forever so a jump in the infection rate is going to be the cost of trying to get things back to normal. Policy makers will have difficult a task ahead of them as they try to balance the health and economic risks.

The bearish sentiment from Wall Street spilled over to Asia, but even though equity markets in the Far East are in the red, they are well above the lows of the session. European indices are tipped to open a little lower.

The risk-off sentiment was seen across the board yesterday as copper took a pounding, but keep in mind the red metal reached its highest level in over 5 months on Wednesday. Oil recently hit a three-month high, so yesterday’s renewed health fears acted as an excuse to exit the energy market.

As dealers sought refuge in lower-risk assets, the Japanese yen and the US dollar rallied. The dollar index enjoyed a big rebound from its recent three-month low. The greenback performed well against most currencies, but when pitted against the yen, the Japanese currency won out as USD/JPY hit a one-month low. The firmer dollar took the shine off gold, which swung from a previous modest gain to a sizeable loss by the end of the session.

The US labour market is slowly showing signs of recovery as the most recent initial jobless claims reading came in 1.54 million, which was a drop from the 1.89 million registered in the previous week. The metric declined for its tenth consecutive week. The counting claims update slipped from 21.1 million to 20.9 million. The rate of new people applying for unemployment benefit is tapering off, but it would appear only a small percentage of people are re-joining the work force.

The UK and the EU have yet to agree a deal to establish a post transition period relationship. It was reported the UK will formally rule out seeking an extension to the transition period today, so the pound will be in focus.

The UK will post a number of economic reports at 7am (UK time). The monthly GDP reading for April is tipped to be -18.4%. Construction output, industrial output and manufacturing output are expected to be -25%, -15% and -15.8% respectively. The goods trade balance is anticipated to be -£11.6 billion.

Economists are expecting the French CPI rate to fall from 0.4% in April to 0.2% in May. The report will be announced at 7.45am (UK time)

Eurozone industrial production for April is expected to be -20%, and it will be posted at 10am (UK time).

The preliminary reading of the University of Michigan consumer sentiment survey is tipped to be 75. The update will be released at 3pm (UK time).

EUR/USD – has been pushing higher since early May and if the bullish run continues it might target 1.1495. If there is a pullback, it might find support in the 1.1200 region.

USD/JPY – has been driving lower in the past few sessions and support might come into play at 106.00. A rebound might run into resistance at 108.41, the 200-day moving average.

Equity markets are showing decent gains as the trading session draws to a close.