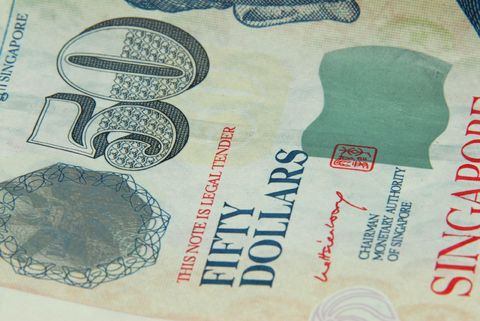 The big USD rally crushed everything in its path but increasingly technical patterns suggest that the USD has peaked and rebounds may be starting. Double and quadruple tops and bottoms, head and shoulders patterns and trend changes in RSI indicators following divergences indicate that we could be seeing significant reversals starting in JPY, gold, AUD, CAD, SGD and EUR relative to the US Dollar.

Australia 200 has started to pause having reached 5,750. RSI has become quite overbought indicating a pause or correction possible. Next resistance may appear near 5,800 with downside support possible near 5,730 then 5,655 then 5,600.

Japan 225 is taking another run at 19,650 resistance which could end in a breakout that clears the way for a run at 20,000 or a double top that could signal exhaustion and the potential for a correction back toward 19,540 or 19,230. RSI mixed with lower highs indicating upward momentum weakening.

US 30 continues to struggle with 20,000 round number resistance trading near 19,930. RSI retesting 70 as resistance following a breakdown from overbought and a negative divergence indicates a correction underway with next potential support near 19,770 then 19,700.

US SPX 500 is sending mixed signals. The index appears to be peaking with a rounded top forming as it falls away from 2,278 resistance toward 2,270 with next support possible 2,260 then 2,250 and 2,232. On the other hand, RSI continues to hold above 50 indicating its underlying uptrend remains intact through this consolidation phase.

UK 100 has encountered some resistance near 7,200 but remains under accumulation with support rising toward 7,170 from 7,110 and 7,000. Slightly overbought RSI suggest it may need to pause for a rest in the near ter. Next upside resistance possible in the 7,275 to 7,300 area.

Germany 30 is fading back again sliding into the 11,530 to 11,590 range after peaking near 11,650 earlier in the week. RSI remains overbought but rolling over suggests a correction possible that could test 11,500 or even 11,445 its recent breakout point.

Crude Oil WTI is having an inside day trading between $51.80 and $52.80 digesting Tuesday’s big bearish reversal, selloff. It needs to retake $53.00 to call off a breakdown that saw an uptrend support line fail. Next downside support possible near $51.60 then the $50.00 round number.

EURUSD successfully retested $1.0360 Tuesday to complete a quadruple bottom and now appears to be on the rebound, clearing $1.0400 and advancing on $1.0480 with next potential resistance near the $1.0500 round number and support rising toward $1.0460. RSI advancing on 50 confirms downward pressure easing.

NZDUSD has stabilized between $0;6840 and $0.6980 and appears to be building a base for recovery with RSI advancing on 50 indicating downward pressure weakening. Initial resistance possible between the $0.7000 round number and $0.7015 Fibonacci test.

AUDUSD continues to form saucer bottoms in the pair and the RSI. The pair has climbed up into the $0.7260 to $0.7280 area but needs to retake $0.7300 to signal the start of a new recovery play. Rising RSI indicates downward pressure fading and an upturn pending. Next potential upside resistance near $0.7375.

USDSGD is rolling over and starting to break down testing $1.4400 where additional losses would signal the start of a significant downward correction. Next potential support may appear at the 50-day average near $1.4225. RSI diving toward 50 and forming a head and shoulders top indicated uptrend exhaustion and a downturn pending.

USDJPY still appears to be rolling over. The pair completed a double top near 118.60 earlier this week and has dropped back into the 117.30 to 117.80 area with next support possible near 116.45 then 115.50. RSI under 70 and trend lower indicates a correction underway as upward momentum weakens.

GBPJPY remains in an uptrend with the RSI having successfully tested 50 support and the pair advancing on 145 00 from a higher low near 143.55. It remains within a 142.25 to 146.45 channel where it has been consolidating earlier gains. A golden cross of the 50 and 200-day averages is pending also indicating ongoing accumulation.

EURJPY is trending sideways between 121.00 and 124.00 digesting previous advances. Overbought RSI conditions have eased but the pair remains in consolidation mode trading between 122.60 and 123.20.