AUD/JPY - Getting on Board 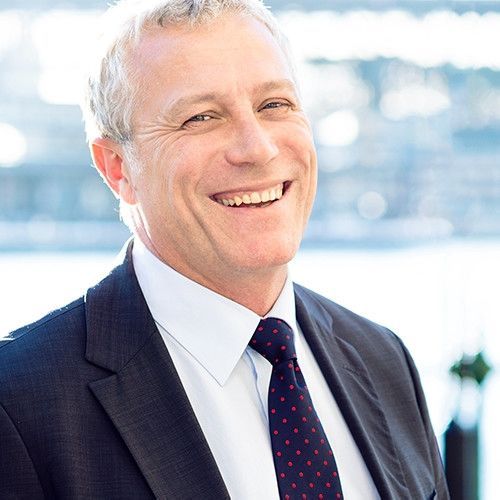 One of the first tips new traders receive is “the trend is your friend”, but even experienced traders can find it difficult to join a well-established move. How many times have you heard a trader say “it’s gotta come back!”?

Overcoming the human mean reversion bias is a lot easier when there is a clear entry signal. This brings us to AUD/JPY.

In April, the Japanese government will lift the retail sales tax rate from 5% to 8%. The rate of money supply increase in Japan has slowed this year, despite the well flagged stimulus program. One plausible explanation is that the BoJ is holding back capacity to better offset any drag from the tax increase – meaning that increased stimulus efforts (and a weaker Yen) may be around the corner.

On the other side of the pair, AUD strength is harder to explain in fundamental terms. Everyone from the Governor of the RBA to my taxi driver last night is expecting a lower Aussie.  It appears market positioning is driving the corrective rally underway. The ongoing cries of disbelief suggest this may have a while to run yet. 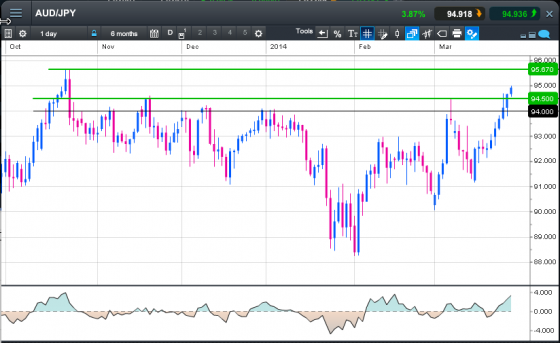 This is a clear break above previous highs. A short term trade may involve buying at current levels, with a stop below 94.50 and a target near the 6 month high around 95.67. However, the 2013 high is above 105 (!!!), and traders seeking longer term, higher value trades may consider a stop loss below the 94.00 support and a trailing stop loss (rather than a target) on any move through 95.67.

Equity markets are showing decent gains as the trading session draws to a close.